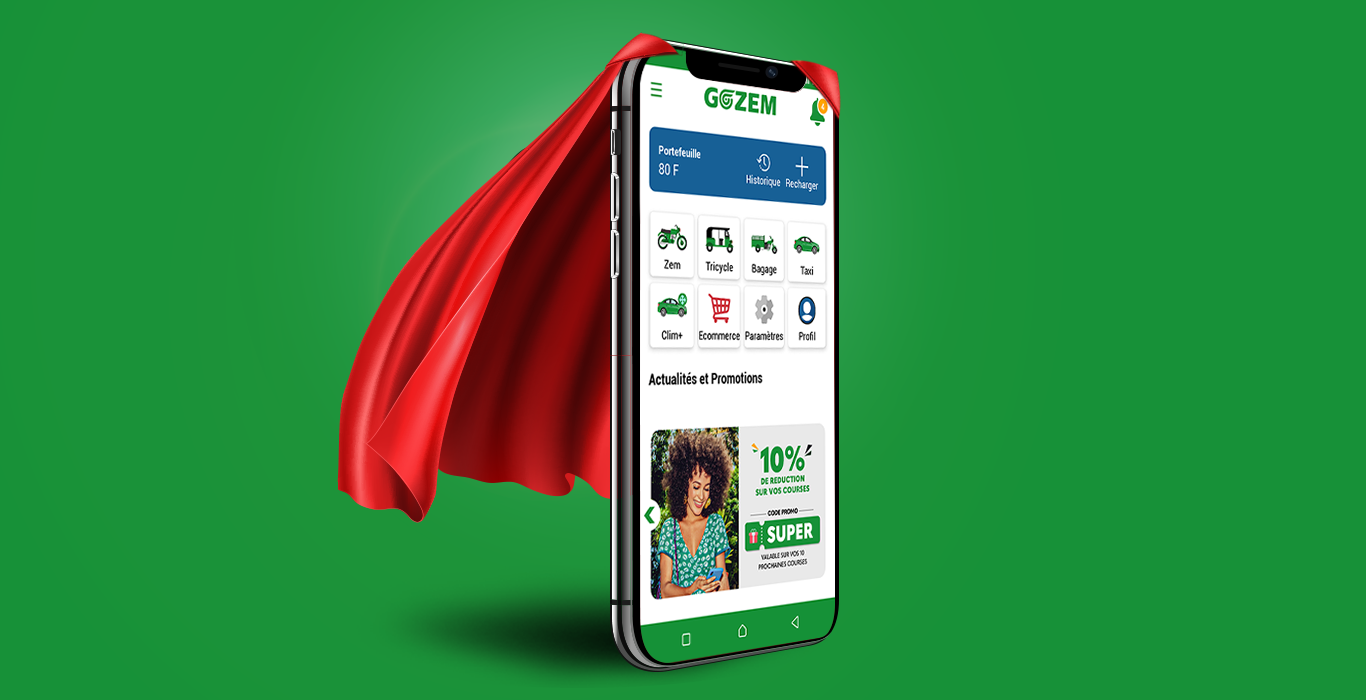 This insightful op-ed was contributed to TechCabal by Emeka Ajene. Emeka Ajene co-founded Gozem alongside Raphael Dana in 2018.

Among the Igbo people of Southeastern Nigeria, there’s a proverb that says: “What was secret is revealed in the marketplace.”

Thanks to a variety of experiences across African markets over the last decade, I’ve become privy to a number of earned insights regarding innovation-led businesses across the continent.

In 2018, I moved to Lomé, Togo to bring my various experiences to bear in service of a singular opportunity: building a super app for Africa, starting in Francophone Africa.

After four years of advancing this vision alongside an exceptional team, I am pleased to share that I have transitioned from day-to-day management & operational role to a strategic advisor role at Gozem.

From the earliest days of traversing the streets of Lomé in search of informal sector motorcycle taxi drivers amenable to a quick sales pitch, to our series A fundraise and our recently announced partnership with the International Finance Corporation, to bringing to market what’s now truly Africa’s super app – one which operates a variety of verticals across Togo, Benin, Gabon, and Cameroon, generates multi-million USD GMV, employs hundreds of team members across West & Central Africa, and positively affects the lives of many thousands of drivers, vendors, & other partners on a daily basis — the journey has certainly been personally and professionally fulfilling.

So rather than recount past successes or detail the varied contributions of Raph, Greg, Jean-Martial, Grâce, Cécilia, Lionel, Manfreed, Pierrick, and many others over the years, here are some useful lessons, peppered with Igbo proverbs, I learned along the way.

“Proverbs are the oil with which words are eaten.” – Chinua Achebe, Things Fall Apart (1994)

1. Culture is a function of leadership

“When the mother goat chews her cud, her child watches her mouth.” — Igbo proverb

Organizational culture is a funny thing. Everyone generally agrees upon its importance, at least in theory — ‘culture eats strategy for breakfast’ and so on — but in practice, at the earliest stages of company building, there are many other pressing (and more tangible) issues that steal attention.

Across African markets where the innovation economy is still nascent and some positive aspects of Silicon Valley-style management aren’t widely-adopted (yet?); it is easy for startups to fall into locally familiar paternalistic, hierarchy-driven cultures where most – or all – decision-making comes from authority.

Indeed, it’s not uncommon to find that managers are put (or put themselves) on an unwarranted pedestal. (See, for example, the recent conversation around hostile work cultures across the Nigerian tech ecosystem spurred by Damilare’s exposé in TechCabal.)

But often, the highest and best use of authority by company leaders isn’t to simply show power, but to create and empower internal leaders.

2. Talent development is a differentiator

Attracting talent is a challenge for all organizations, and doubly so for early-stage companies. Newer organizations often lack the prestige, ability to pay, and perception of job security (/‘deriskification’) that more established businesses enjoy. And for startups operating in African markets, the talent challenge is compounded by the relative lack of depth within local talent pools.

Startups across the African continent must intentionally and aggressively build their talent development muscle. There needs to be a real answer to this question: “How do we rapidly upskill junior staff and systematically prepare them to grow in the company and take on new challenges?”

One specific and unorthodox initiative that we undertook at Gozem was to identify promising drivers on the platform and offer them salaried roles within our operational teams. While in some sense this may be cannibalistic as it often takes the best drivers off the roads, these driver ambassadors have a unique understanding of the Gozem platform and are often able to speak and lead certain driver-facing functions in more credible ways.

3. It’s not what you say, it’s how you say it, and it’s what gets understood

Oftentimes, when I disclose that I moved to Togo to launch Gozem despite not speaking any French, people are shocked. But it’s true, and the experience taught me valuable lessons about communicating effectively.

There is great difficulty involved in leading a team of people who speak a different language– a humbling experience to say the least. For me, among other things, it served as a forcing function for trust & deferential leadership – letting junior team members make contributions in important discussions with external counterparties.

In Gozem’s early days, after a few miscommunication-linked mishaps, I began sending a daily morning narrative email in French (translated via DeepL) that highlighted priorities of the day and key recent wins & opportunities for improvement.

Paraphrasing Jeff Bezos, “[written communication] forces better thought and better understanding of what’s more important than what, and how things are related.“

4. When you have leverage, use it

“If a snake fails to show its venom, children will use it to tie firewood.” — Igbo proverb

Leverage is a dynamic thing. You have it at one moment under certain conditions, but the next moment, conditions change and you lose it.

In negotiations, potential ‘adversaries’ — employers/employees, founders/investors, business partners, etc — are often driven primarily by self-interest, so the ability to recognize where the leverage lies at a given point in time can be very valuable.

To win, one must develop a long-term and non-zero-sum viewpoint. Nonetheless, it’s advisable to exploit identified leverage. While there’ll likely be future consequences if a hand is overplayed, more often than not, unused leverage becomes a source of regret.

“When a group of people expects things to be done by others, nothing is done.” — Igbo proverb

Best-selling author James Clear wrote, “We don’t rise to the level of our goals; we fall to the level of our systems.” By this, he means that achieving successful outcomes requires consistent faithfulness to enabling processes. And while his book primarily focuses on individuals, I find the same is true for organizations.

It’s why many of the world’s leading innovation-led organizations use operating/management systems — the most popular tend to be EOS (Entrepreneurial Operating System), Scaling Up, and OKRs (Objectives and Key Results)

At Gozem (thanks largely to the influence of Kevin Colas), we began implementing the Scaling Up method two and a half years or so into our journey. Since then, we’ve seen significant gains in terms of accountability, clarity of expectations, and cross-functional visibility.

“Drop by drop is how the palm wine fills the container.” — Igbo proverb

“Would you rather be a big fish in a small pond or a small fish in a big pond?”

For businesses with venture-scale ambitions, markets matter. So the only answer is to play in a big pond — one with a clear path to becoming a big fish.

At Gozem, while we’ve always maintained a big fish-big pond vision since day one, our initial geographic market was Togo, a country with a population of just 8 million, and our initial focus was on the ride-hailing vertical. It’s no surprise that many viewed us quizzically, with many questions about the strategy of playing small initially.

A relevant French expression that I learned during my time in Togo is ‘Petit à petit, l’oiseau fait son nid‘ — little by little the bird builds its nest.

According to Howard Stevenson, an entrepreneurship professor emeritus at Harvard Business School, “entrepreneurship is the pursuit of opportunity beyond resources controlled.” And, as alluded to in point 6 above, at the early stages of new ventures, it seems there are never enough resources: not enough time, not enough talent, not enough capital, and so on.

Constraints often inspire better thinking, compel creativity, and force focus and (ruthless) prioritization. In many cases, this leads to quick iteration and rapid learning of what works and what doesn’t, and what truly moves the needle. And when a winning formula is found, constraints push you to fully exploit the opportunity and develop a thorough understanding of the underlying mechanics.

Read: Marissa Mayer’s “Creativity loves constraints,” — a book she penned while at Google.

“it is often easier to direct your energy when you start with constrained challenges…or constrained possibilities. … Limited investment makes it easier to move on to something else that has a better chance of success.” – Marissa Mayer.

8. Resilience should be a core organizational trait

“A palm nut that wants to become palm oil must pass through fire.” — Igbo proverb

All businesses have to be resilient of course, but when comparing my experiences in the West to those across sub-Saharan Africa, I’d say that resilience — the ability to recover quickly from sudden disturbances and adapt easily to misfortune — is much more necessary in African markets where extraneous shocks are much more common.

During my time in Togo, Gozem experienced its share of unforeseen external bad luck, from office flooding to power outages to regular connectivity disruptions and more. Still, the exercise of planning is essential and robust processes to respond to the unplanned are recommended.

9. Character, reputation, and integrity are everything

“Not everyone who answers to the title Chief is a legitimate chief.” — Igbo proverb

One of the most famous scenes in the critically acclaimed TV series The Wire involves ruthless crime lord Marlo Stanfield (played by Jaime Hector) exclaiming, “My name is my name!”

For founders and managers of young ventures, your name is your name. Said simply, reputation matters.

As much as we’d all like the freedom to be individuals, startup leaders (and business leaders in general) represent more than themselves; they represent employees, investors, and other significant stakeholders. How they’re perceived among different groups — potential customers, partners, investors, etc. — can often have a real business impact, like it or not. Call it the penalty of leadership in today’s connected age: “[Leaders] must perpetually live in the white light of publicity.”

And in low-trust environments such as African markets, my view is that this is doubly important. Both on the individual and institutional levels, it’s important to always act with integrity, deliver on promises, and avoid doubt-inducing controversies.

10. As you build a business, the business builds you

So there’s customer and market discovery, product discovery, and business model discovery, but one thing not talked about enough is self-discovery — throughout the entire process one learns and discovers things about her/himself.

In early-stage ventures, founders and early employees, at the least, tend to be unusually invested in a company’s ups and downs, its peaks and valleys, its daily mishaps and milestones, and they learn things — about markets, management, and more — that ultimately shape their worldview. The intensity of the experience often brings with it earned insights that can last well beyond the lifetime of one’s involvement with the business.

Here, I’m reminded of two quotes that I’ll let speak for themselves.

The American Supreme Court justice Oliver Wendell Holmes once wrote, “The mind, once stretched by a new idea, never returns to its original dimensions.” 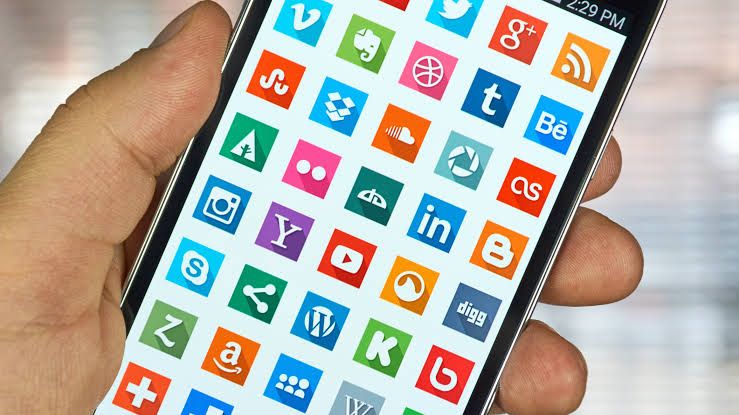