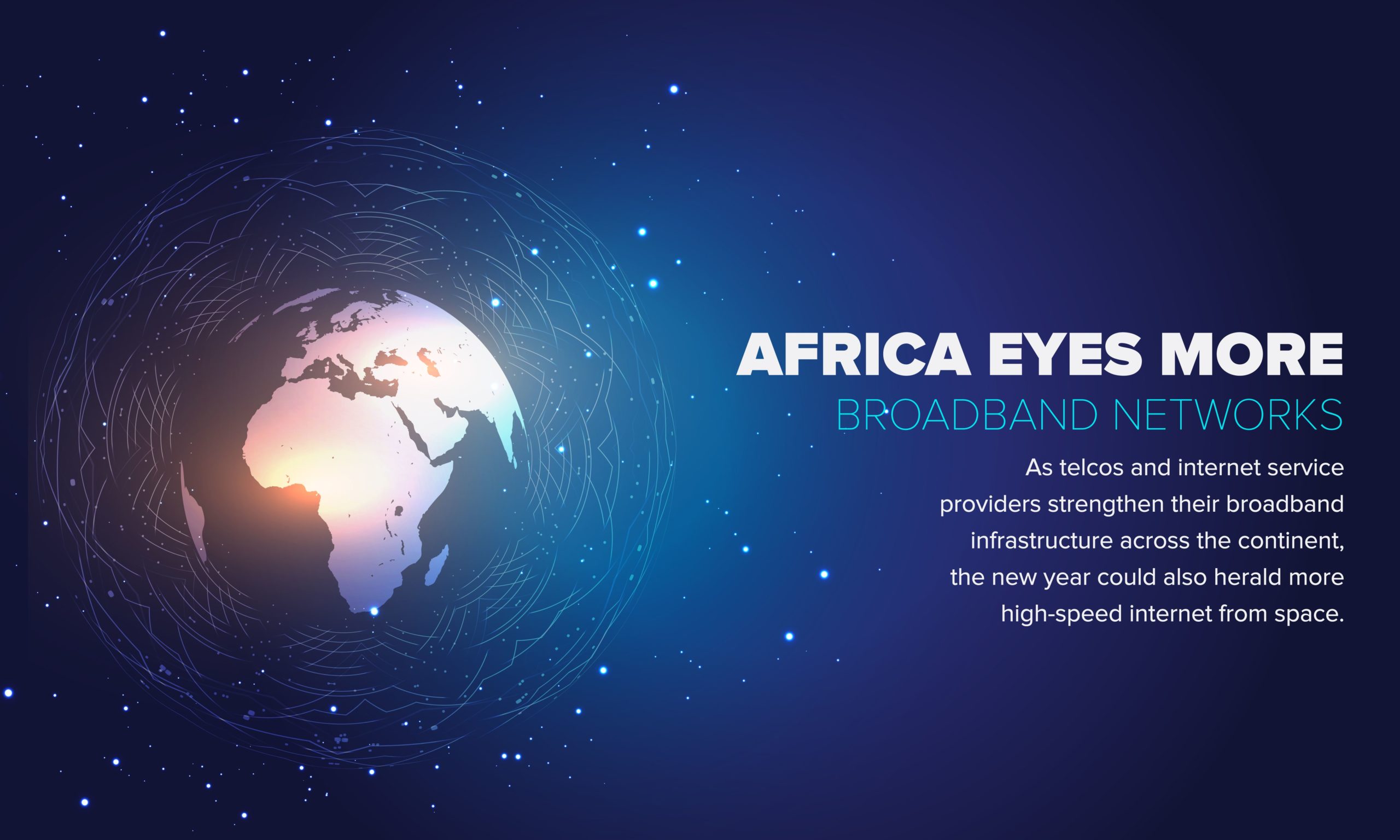 *This article was submitted to TechCabal by Conrad Onyango, bird agency

African countries are looking to roll out more broadband networks in 2023 as mobile and internet service providers expand their investment in undersea and land-based cables and internet services originating in space become a financially viable option for some consumers.

Broadband is a technology widely defined as one that gives users access to faster internet with a minimum of 25 Mbps in download and 3 Mbps in upload speeds.

The recent landing of a 45,000-kilometer subsea cable in South Africa by mobile network provider,MTN South Africa and its subsidiary, MTN GlobalConnect in the Western Cape Province, is just the latest major investment in internet infrastructure on the continent. It follows a recent announcement by the pan-African network operator, Liquid Intelligent Technologies, that it is expanding its network – already the largest in Africa – into Nigeria, a potentially massive market for the operator.

The 2Africa subsea cable project – one of the longest in Africa – is expected to go live in 2023. It will link African countries to Europe and the Middle East.

“Data traffic across African markets is expected to grow between four and five-fold over the next 5 years, so we need infrastructure and capacity to meet that level of growth and demand,” Mupita said in a statement.

2Africa was launched in late 2021 by a consortium of telecom operators that includes the social media giant, Meta with the target of connecting 26 countries – of which 19 are in Africa – with a massive potential capacity of over 180Tbps over 16 fibre pairs.

“West Africa boasts the largest connectivity on the continent, connecting Nigeria locally and internationally. Liquid’s Intelligent Technology brings de-facto means of backhauling traffic within middle-mile networks, allowing the effective deployment of broadband networks in Nigeria and the rest of the region” said Abu in a statement.

To date, IFC’s equity and debt investments in Liquid Intelligent Technologies, stands at approximately US$250 million, which the company said will be used to grow hyper-scale data centre capacity in Egypt, Kenya, Nigeria, and South Africa through its subsidiary, Africa Data Centres.

Africa’s bulging population and rising urbanisation are seen pushing up data consumption across key markets in the continent.

“The investments in our data centres and fibre broadband network will directly support our growth plans over the coming years by encouraging the adoption of new services such as Cloud and other digital services, services that are critical in driving sustainable development across Africa,” said Strive Masiyiwa, Liquid Intelligent Technologies Executive Chairman and Founder.

In early December, Airtel Africa secured a loan of US$194 million from the IFC, which it said would strengthen local operations, including broadband internet offerings in the Democratic Republic of Congo, Kenya, Madagascar, Niger, the Republic of Congo, and Zambia.

The Broadband Commission on Sustainable Development projects that sub-Saharan Africa will need some US$100 billion in investment to achieve universal, affordable, and high-quality broadband access by 2030. The continent will need at least 250,000 kilometres of new fibre to meet this target.

As investments in under-sea cable intensify, billionaire Elon Musk is aggressively pushing for licensing of his broadband-from-space services across the continent.

Tanzania Communications Regulatory Authority (TCRA) last month confirmed to local media that the company had made an application for its satellite connectivity with intentions to launch the service in the first quarter of 2023..

Three countries have granted Starlink regulatory permits to launch satellite broadband services over the last one year since the company started negotiations with different countries’ regulators.

Mozambique became the first African country to grant its license in February, followed by Nigeria in May and Malawi in October 2022.