How DER became a one-stop shop for startups in Senegal 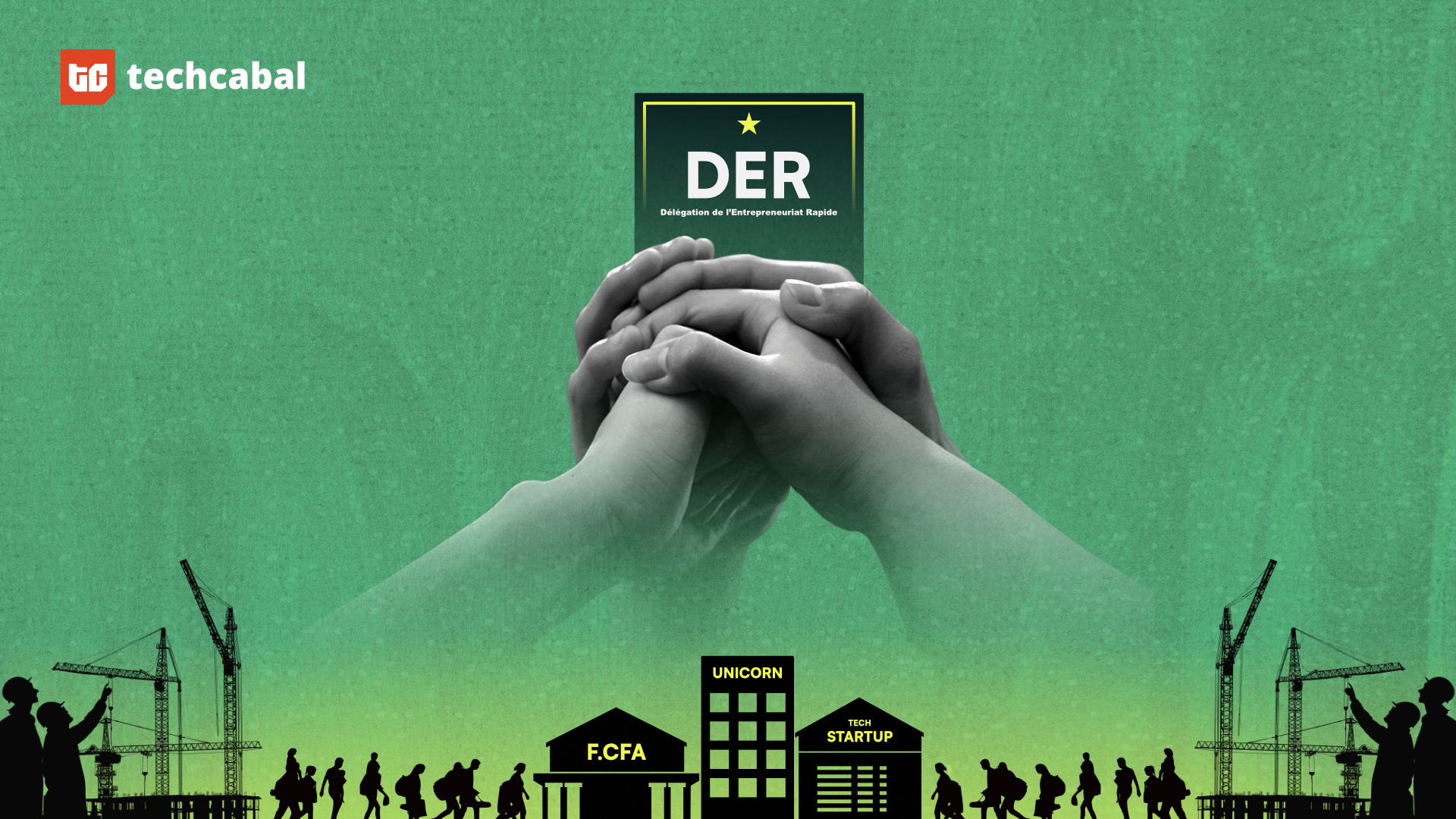 This growth can be attributed to many factors such as the country’s stable political climate; strong macroeconomic factors, with its economy growing by more than 6% per year from 2014–2018; and different programmes by the government to support entrepreneurship notably Délégation de l’Entrepreneuriat Rapide (DER).

Délégation de l’Entrepreneuriat Rapide (DER), which loosely translates in English to General Delegation for Rapid Entrepreneurship of Women and Youth, has been described by many as one of the catalysts behind the growth of the Senegalese entrepreneurial and tech ecosystem.

“DER has created a template for other African countries who want to stimulate entrepreneurship,” Haifa Ben Salem, a programme officer at the International Trade Centre, told TechCabal.

The state-backed investment and support programme, which started in 2018, has invested over 60 FCFA billion (~$10 million) in over 400 startups including logistics startup PAPS, e-commerce platform Elmadeal, B2B agri-food platform Afrikamart, and B2B SaaS platform LAfricaMobile. What makes this programme effective and different from many others?

A brainchild of President Macky Sall’s government, the Senegalese president has described the programme as one which “stems from an act of faith, proof of pragmatism and a perpetual quest for efficiency in public action, draped in a republican ideal”.

A listening ear that actually listened

In 2014, when Malick Diouf started LAfricaMobile, a platform to facilitate communication between companies in Francophone Africa, there was little to no knowledge of startups in Senegal.

“Back then there was nothing. The different regulatory authorities didn’t fully understand what a startup means as well as the risks and difficulties associated with running one,” Diouf told TechCabal over a call. “There were no startups, incubators or accelerators. It was only in 2016 that the hype around startups began here.”

After building an MVP version of the product and attaining product-market fit, it was time to raise money and there weren’t any viable options available in Senegal. So Diouf turned to friends and people in France to raise capital.

“These people didn’t know much about Senegal but they trusted me. They didn’t really give the money to the company but instead gave it to me, Malik,” Diouf said.

The initial capital raised helped get LAfricaMobile off the ground, but a few years later the company needed to raise more money to scale.

In 2018, Diouf heard about the DER project. Unlike other programmes, he noticed that something was different about this one: they listened.

“What set DER apart from others was that they didn’t come to say this is what we want to do. They came with a listening ear asking entrepreneurs for the obstacles we faced, “ Diouf said. “They told me when they came to me that they’re not here to make money but to help.  However, they asked for some form of commitment and guarantee from us too.”

For Diouf, who needed additional funding, it was perfect timing for him and many other entrepreneurs with insufficient funds to scale their businesses. Banks, which were the main source of funding in Senegal, weren’t keen on funding startups because their business models were unconventional, according to Diouf.

Diouf’s company received $40,000 in debt funding from DER which he used to grow his business to a point where he could raise funding from investors.

“With the $40,000 we were able to meet some investors and show them that we have people investing in us. This made them take us more seriously and help us raise $500,000,” Diouf said.

The funding was crucial to building out the product and hiring great people to sell the product.

“We had built a great product and focused on that at the beginning of the company, but we realised we needed to sell the product more, even to clients in other countries,” Diouf said. “Finding a good salesperson costs a lot of money and it’s a competitive market.”

After this fundraise, LAfricaMobile, which started in Senegal, expanded to other neighbouring francophone African countries such as Mali, Guinea Conakry, Guinea-Bissau, Mauritania, Côte d’Ivoire, and Benin. It also helped the company multiply its revenue by a factor of six within two years, according to Diouf.

Less than half of the startups funded have shut down

LAfricaMobile is one of 415 companies that DER has invested in within the last five years. The programme is sector-agnostic, investing between 1 million CFA ($1,500) to 50 million CFA  ($100,000). This funding is often through debt at low interest, quasi-equity, or equity.

“We invest at an early stage, and once these companies get that financing, they can get other investors with higher tickets,” Papa Mady Sidibe, an investment officer at DER told TechCabal.

The programme also provides support such as integration into other programmes and accelerators, business development opportunities and also trips to international conferences like VivaTech through local partners such as the Startupbootcamp, and LaStartup Station. Companies backed by DER also have access to use the organisation’s office space for work or events.

These startups can be funded multiple times by DER. “The only condition we require is that they pay back the money that they were given, and they’ve made significant progress for us to be comfortable with giving them more money at a later stage,” said Sidibe.

“This failure rate is common among startups who sometimes don’t have access to funding,” Dieng told TechCabal. “We try to support them by giving them financing at a very early stage, but if they don’t have the capacity to get further investment from elsewhere, the startup might end up dying.”

A one-stop shop for startups

DER’s decision to invest small sums in startups is also noteworthy. Despite the presence of the investment firms such as Partech and Orange ventures in Senegal earlier on, there was a mismatch between their offering and what the Senegalese startups needed.

“These big VC firms came offering $1 million-size cheques, but for startups, in a small country with less than 15 million people it was too much for us. We didn’t need that much in the early days,” Diouf said. “On the other hand, DER came and quickly provided the $10,000 or $100,000 that many entrepreneurs were asking for to accelerate their startups.”

This gave a signal to other investors that there was activity in the Senegalese ecosystem and influenced them to provide smaller cheque sizes. Beyond funding, DER became a one-stop shop for people with entrepreneurial ideas in Senegal.  The state agency takes an ecosystem-building approach backed by a strong belief that entrepreneurs operating in strong ecosystems can grow faster and better than those in unstructured environments.

“Now all startups in Senegal know that if they have a problem they can go to DER. Even investors who’re looking for reputable startups to invest in can now find these startups through DER,” Diouf, said.

For Lin Deejean Yun, a partner at Transcendance VC who’s based in Senegal, one noteworthy attribute she’s looking out for among Senegalese startups that pass through DER’s programme is a distinct business model that’s not reliant on lavish funding.

“While DER is doing a wonderful job in showing how a country that wants to build competent entrepreneurs can go about it. They need to showcase a few successful companies that can generate profits and grow without first needing to pump in a lot of money like the conventional silicon valley model because we already have tons of them in Asia, Europe and the US,”  Dejean Yun said. “Investors don’t need to come here to get that.”