Ghanaian Tech Is Rising, But Who Will Tell Their Story? 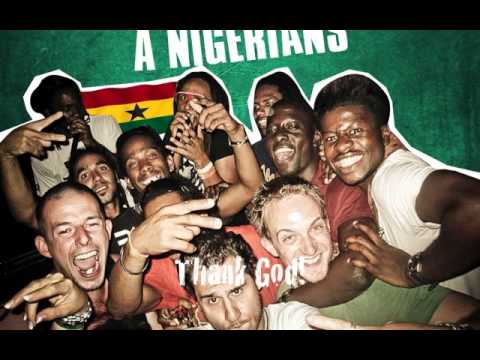 When Saya got into the finals of TechCrunch Disrupt last year in San Francisco, after doing battle with twenty-nine other startups from all over the world, I remember saying it wasn’t quite time for African techies to start clinking glasses together.

Nonetheless, Saya’s achievement was a win for Africa, and much more MEST Ghana. The Meltwater Entrepreneurial Institute of Technology gained global recognition for the work they’ve been doing in Ghana’s technology space and have become a popular point of reference since then, perhaps right after the iHub in Kenya.

I happened to meet Kevin Schuster, Business Development Fellow at MEST, during a Mobile Web West Africa session and told him of my planned visit to Ghana, to check out the technology ecosystem there. I particularly wanted to get a tour of MEST, and maybe discover what secret sauce they are feeding those startups up in there.

Not quite a few days later, I learnt that MEST had done it again. Another of their startups, Dropifi, had just gotten itself into the 6th batch of the 500 Startups accelerator. They are currently making waves in San Francisco.

Now I definitely had to visit Ghana. So much was/is going on there right now, who wouldn’t want to? I began to make the plans, concoct other themes I would explore while I was there.

For instance, I was going to map out the hitch-hiker’s guide to the Ghanaian technology ecosystem. And possibly get the low down/chronicles of when it started happening in GH. The big bang of Nigerian tech was around the telecoms revolution in the early 2000s. When was Ghana’s?

And there’s the related thread of how Nigerian (tech) entrepreneurs, developers and even students are keeping calm and leaving for Ghana. Seriously. Victor already shared a poignant story about the reason he left, but there’s even more people like him that I’d already ear-marked to get their back-stories. I doubt you’ll find a Nigerian techie who can tell you with a straight face that the thought of porting from NG to GH has never crossed their mind at some point. No, this isn’t the time to play the “Ghana must go” irony card. Just thank God you’re not a Nigerians.

But back to tech in Ghana. Like any self respecting, progressive African country in 2013, they’ve also got their fair share of government driven innovation experiments, from billion dollar tech cities to open data. If you will permit the cliche, Ghanaian tech is rising. It’s a compelling narrative that would attract any blogger.

Sadly, but for the best, I’ve chosen to defer the pursuit of that narrative for the time being. For two reasons.

While I was talking to Victor about it, he told me that Ghana is like an elephant — one can come to Accra and believe they have seen all that there is to be seen, only that they would be very mistaken. Other people I’ve talked to have similar sentiments. That one cannot do a hit and run on Ghana and get a quality experience out of it.

The other reason is because I feared I was merely pursuing yet another exotic African technology narrative. What’s the point of hopping on a plane to satisfy my Ghanaian junket fever while there is yet work to be done in my own backyard?

And that’s why I’d like to ask if there are Ghanaian tech/business/startup bloggers, or people in Ghana, that can tell their stories, provide context around them? These people would be better positioned than anybody to do this. The Ghanaian tech ecosystem is currently riding a giddy rocket ship, and it wouldn’t do to waste that momentum and get lost in the hype cycle, or worse set unreasonable standards, on account of a few early wins. They could learn from the East African tech space and their culture of collaborative introspection. What works has to be questioned, understood, distilled and replicated. What doesn’t has to be thrown away.

These narratives will not tell themselves. Someone has to. It has to be the right someone. And they’ll have to talk to not just the Robert Lampteys, Maxwell Donkors, Jason Derek-Bossmans, or all the other cool kids at MEST.

Clive proved that he could rustle up a Ghanian flag faster than I could in Fireworks.