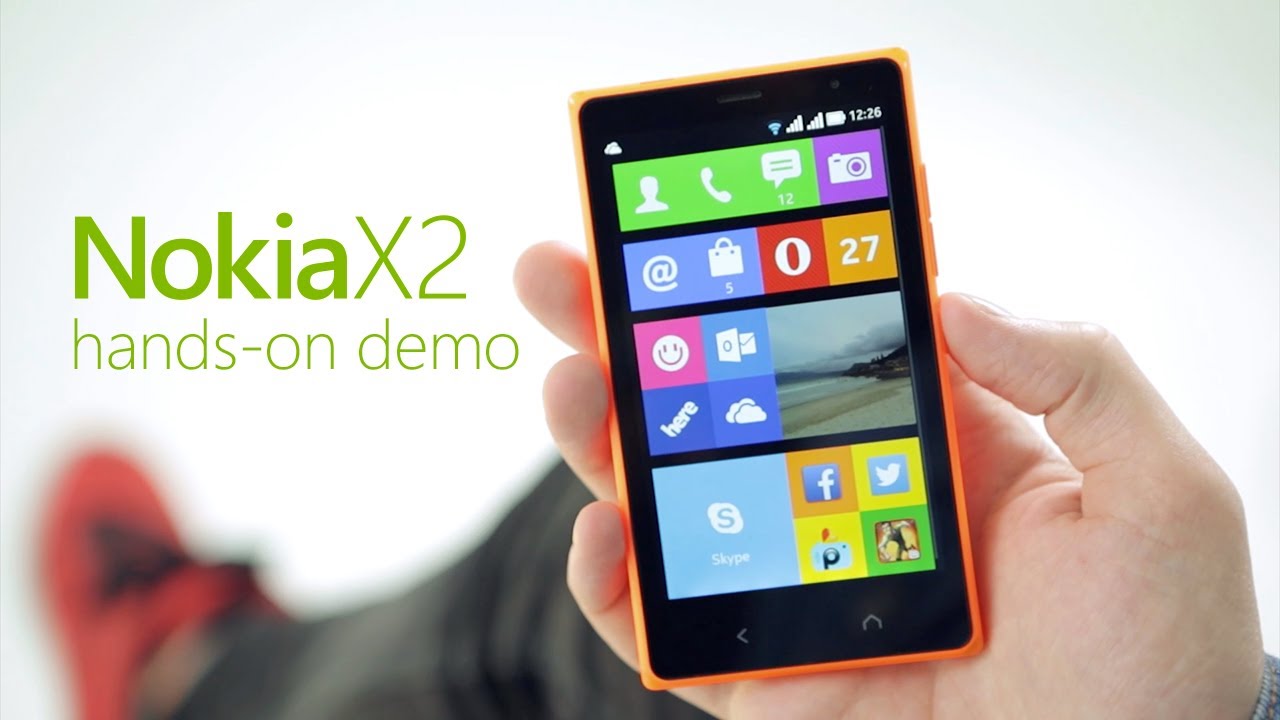 Introducing the Nokia X2, the first Android-based smartphone from Microsoft. Safe to say that Microsoft hasn’t found that “go forward” smartphone brand name since It’s still using the Nokia name, despite previously saying it didn’t plan to trade on that name for long.  I recommend “Nokiasoft”. [please don’t judge]

The Nokia X2 is not the first Android device Microsoft owns, since they did take over Nokia’s mobile making division in April, bringing the original Nokia X device under Microsoft’s wing. Lots of people thought that Microsoft would call off the X-series android experiment. But apparently, Microsoft approves of the experiment after all, since it’s now building on that experiment with a follow up device.

The Nokia X2 is a dual-SIM phone featuring the same eye-popping colours as its predecessor but, as was rumoured, it includes an additional home button. There are couple more hardware and software improvements over its predecessor:

A 4.3-inch screen, 1 GB of RAM, 1.2GHz dual-core Snapdragon processor, a 5MP camera with auto-focus (and flash) and a front-facing camera.

On the software side, an improved Fastlane notifications screen, better overall multitasking (close to what is obtainable on Windows Phone) and a new third homescreen where you can access a list of your apps. Of course, lots of Nokia and Microsoft services come preloaded, including Skype, Outlook, OneDrive, Mix Radio, Here Maps; and access to Android apps.

The Nokia X2 joins the original X-series devices on the platform: Nokia X, Nokia X+ and Nokia XL. Below is a Microsoft demo video of the X2: For the past week, I’ve been playing around with the Lumia 630. I already shared unboxing photos and gave my first impressions of the device. Today, I will be reviewing the battery life. The Lumia 630 comes with a removable 1830 mAh battery. Nokia claims it will get you through 600 hours (25 days) on […]