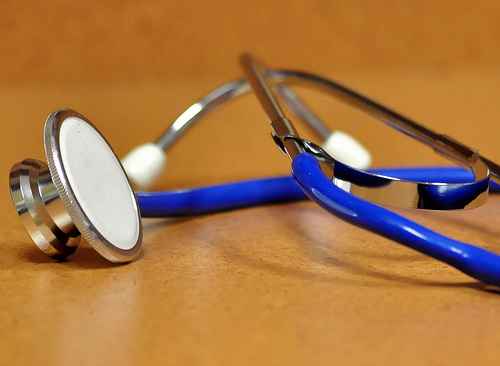 On the 25th of July, the dreaded Ebola virus hitched an airplane ride into Nigeria with the unfortunate Liberian diplomat, Patrick Sawyer.

Naturally, we were all shocked out of our shells. Lagos is an international travel hub AND is home to 21 million people. The state is filled with crowded suburbs where a contagious virus like Ebola should by rights have run rampant.

By some miracle, it didn’t. While the total Ebola body count is currently inching close to 5,000, there have only been 20 recorded cases in Nigeria, of which 12 survived.

Today makes it the 42nd day since the last known case of Ebola was found in Nigeria. Which means that anytime now, the World Health Organisation will issue a statement according Nigeria “Ebola Free” status.

It is thanks to a number of provident occurrences that what looked like our worst nightmare has become a victory and an example for the rest of the world to follow.

First, we must thank the brave workers at First Consultant’s Hospital who received and detained Mr. Sawyer despite considerable pressure to release him. By that single act, they nipped what could have easily become an unmitigated outbreak in the bud. The sacrifice of the ones who were lost as a result will not be forgotten.

Secondly, the government actually came through this time, mobilising a swift medical and operational response to the threat. The first victims and the people who had come into contact with them were traced and isolated. So efficient were these actions that all known cases of Ebola were detected within the first few weeks, and the virus effectively contained. There are only a few situations in which it is ever okay for the government to access private phone records, but there is no question that the Ebola threat qualified.

Last, and not least, information played a key role, for everybody else — that is people not medically or operationally involved in the Ebola-prevention effort.

We were in our office on Friday evening when we got word that Ebola had come to Lagos. 24 hours later, Ebolafacts.com went live. In the next week, the infographic website explaining the causes, symptoms and preventive measures to be taken again Ebola would be seen by hundreds of thousands of Nigerians across the website, Twitter and Facebook.

An emergency coalition of doctors borne out of a Facebook group would organise an online Ebola outreach center. Between Twitter, Facebook and an Ebola telephone hotline, these doctors were relentless in their engagement and education of Nigerians on how to be safe from the virus.

Before long, Ebola was the topic dominating Nigerian social media. All the influencers — Twitter overlords to on air personalities to politicians and even corporate brands were talking about it, reaching millions of Nigerians with vital information.

Some very good news. Ebola is not a death sentence. With early care, people have survived the disease http://t.co/eWL7fi1LEN

Of course, we realise that the people who use the internet and social media are but a fraction of the actual population. Which is why it is a good thing that the network effects of these conversations extended beyond the internet. The trend of powerful Nigerian movements beginning online before cascading offline, as we have seen with #OccupyNigeria and #BringBackOurGirls was once again validated with the Ebola sensitisation campaign making the jump from websites and social media onto billboards, fliers in indigenous languages, and myriad local and community outreach efforts. Comically, the Suya business would go into temporary decline on account of people becoming wary of “bushmeat”, but people took to heart the even more serious injunctions of constant hand sanitisation and extreme care at (or avoidance altogether of) funerals.

It is said that in epidemics, ignorance and fear are far more potent killers than the disease itself. And that almost came to pass in Nigeria. Many of you will recall how in the first week of the virus’ touchdown, all kinds of unfounded rumours began to make the rounds. About how bitter kola and bathing in salt water would cure the disease. Thankfully, ignorance was quickly arrested with superior and relentless information. Before the 25th of July, most Nigerians had never heard of Ebola, talk less of its symptoms or prevention. But somehow, I daresay Nigerians have now all become experts on the topic.

Ebola found its way into the United States recently, and they are also now fighting the same battle that Nigeria fought in the first few weeks of the same emergency. The information battle. How to get its citizens to respond to the threat in a manner that is rational and measured. Between the media going full sensational poopship on the subject, short-sighted politicians calling for border clampdowns and even universities discriminating against student applications from so-called Ebola countries, it is hard to say if at this point they are winning that battle or not.

The next time I travel, and my introduction as a Nigerian prompts references to scam emails, you will understand if this Nigerian prince feels obliged to point out that where containing deadly epidemics with information is concerned, we’ve got a few things we could teach them.