A Six Step Survival Kit For Designers And Developers Editor’s note. This article was first published on Seye’s Medium in May 2014. It is republished with permission.

Christopher Murphy’s article, Managing a Mind, couldn’t have felt more real to me than it did when I read it on 24ways.org a few days ago. Yes, he guessed right about people in this technology field feeling the same way.

Like me, Christopher is a writer, designer and educator who has been described as a William Morris for the digital age. He’s written a number of books including Five Simple Steps, 8 Faces including the publishing of the world’s most compact typography journal, Glyph.

Wasn’t I shocked to find out that he attempted suicide. Ashamed and remorseful, he was resolved to grab his issues by the horns and address them. And some of what he went through and the resolutions he has made are things that I have gone through myself, and the learnings, I continually put into practice.

Just like he wrote in the article that described his ordeal, it is no secret that we work in a fast-paced industry. Not many industries go through the speed of change that we go through. Come up with an idea today and six months later, it’s not as relevant any more; and the wheels need to be changed or at times, invented.

My first introduction into programming was with ActionScript and Flash. I dedicated almost a year in learning the scripting and at some point would have thought there was nothing I couldn’t do with Actionscript. Apart from animations, I could create standalone desktop applications.

Not long after I learned Actionscript, Flash was no longer supported. Everyone was moving to DOM scripting with jQuery. I decided to jump on that learning.

Now CSS3 is getting more and more support and the HTML 5 API is becoming more robust. Activities created with HTML 5, in many cases, can perform better and faster than jQuery. I would have graduated from the class of advanced MySQL and Transactions scripting if not that NoSQL jumped on the scene now I am in the process of mastering the MEAN(MongoDB, Express JS, Angular JS and Node JS) stack. It’s difficult for people stuck in the 90s of programming to realize that you can actually create a web server with Javascript. Who would have thought?

I am unlearning my years of Photoshop for interface design thanks to the release of Sketch 3. Who would have thought there could be a simpler, more straight-to-the-point tool would exist?

And this is just a little bit of the crash learning we have to do. Christopher wrote and I quote,

As designers it can be difficult to maintain a knowledge bank that is relevant and fit for purpose. We’re on a constant roller coaster of endless learning, trying to maintain the pace as, daily, new ideas and innovations emerge — in some cases fundamentally changing our medium.

Under the pressure of client work or product design and development, it can be difficult to find the time to focus on learning the new skills we need to remain relevant and functionally competent. The result, all too often, is that the edges of our days have eroded. We no longer work nine to five; instead we work eight to six, and after the working day is over we regroup to spend our evenings learning. It’s an unsustainable situation.

A few months and up to a few weeks ago, I was just short of complete frustration. I had to contend with crazy deadlines, unannounced code bugs, timeline creep by business developers who don’t understand tech, impromptu API changes to 3rd party applications, a million and one unnecessary meetings that could have simple been summarized in an email (Oh, I hate meetings!).

What works for me(and should work for you)?

Thanks to a series of management lessons and read-ups I have been able to ease the stress.

This is the zen of my computer life! First, I check my emails at intervals that are set in my calendar. I make sure my inbox count is 0 at the end of each interval.

The 4 D’s of email guide thus. Delete, Delegate, Do, Defer. Delete when you’ve read it and doesn’t need any action, delegate if it would take you more than two minutes to attend to and there’s someone you can delegate to. Do-it if it would take less than 2 minutes. Defer if it would take you some time. At this point you create a calendar event for it. But make sure to delete mails after reading or archive already D-ed emails. There are countless resources online about the zero email policy.

I don’t take on unnecessary projects any more. Right now I don’t care how much! For me, it’s peace over the extra bucks. If the project can’t wait, then it can go. My first response to any request now is NO. Even for the little requests like ‘Yo, Seye, please can you check out this little bug?’. My first answer is No. If it’s really important(and importance should be measured according to how it affects the project at hand and of course, the bottomline)it should be scheduled. Enter: my calendar. I’m plugged into my calendar like never before.

“Focusing is about saying No.” ― Steve Jobs.

Take the McGee Take Back Your Life course if your organization can afford it. If not, you can buy the book. This has saved my life in many ways.

If I could take back the hours I have spent burying my head in design or code that could have been outsourced, I’d probably be 4 times richer (maybe I would have bought my first Tesla by now).

Years ago, I was guilty of putting so much strain on myself or resources assigned to a project. The project would end up being below the agreed standard and at the same time behind schedule. This generally meant we had over-shut our budget. In some situations we had to give a rebate for the delays. In hindsight, I realize we could have outsourced or hired more hands and finished the project faster giving room for other projects. In the end winning at both ends.

*Sigh*. I guess this sums everything up. I pride myself in being multi-skilled. A designer, a developer in languages like Ruby, PHP, Java and now Javascript- Node. I play a number of musical instruments including the violin which I still strive to perfect. I initially made a commitment to learn the cello. Last year, I started learning to speak German and then got drawn to portuguese. I am in the process of learning the art of acrylic painting. But what’s the point of knowing everything but not mastering everything?

One of my partners, Chris, once said and I paraphrase, ‘it is better to dig deeper in an area than to spread’. I have decided to focus on my strengths and deeper passions. (Front-end engineering is pretty interesting these days).

Readers of my personal blog would probably roll their eyes at this point because this new found experience is what I have been gushing about this last week. Living mindfully has slowly become my favorite practice.

Stephen Richards once said, “When you connect to the silence within you, that is when you can make sense of the disturbance going on around you.” At this moment, I am enjoying the silence and watching the disturbance breeze past without shuffling me. In her book, The Truth About Forever, Sarah Dessen also said the same thing but in another way, “I didnt pay atteniton to times or distance, instead focusing on how it felt just to be in motion, knowing it wasn’t about the finish line but how I got there that mattered”.

Living mindfully is, in summary, the art of living in the moment instead of getting lost in the day-to-day motions and actions.

So far, I am surviving against the odds. I am sure this would work for you too!

PS: I have lost friends in the process of saying NO. Please be more tactful than me.

Also, outsource to only hands that have a visible and verifiable track record of success. Cabal
Is It A Startup Or A Business?
Seye Kuyinu 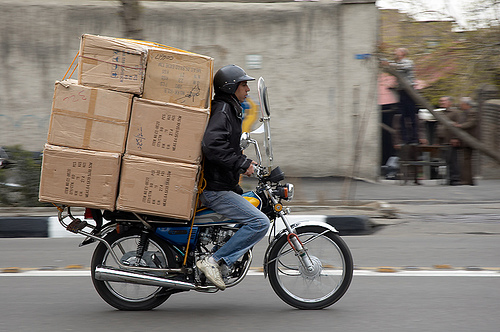