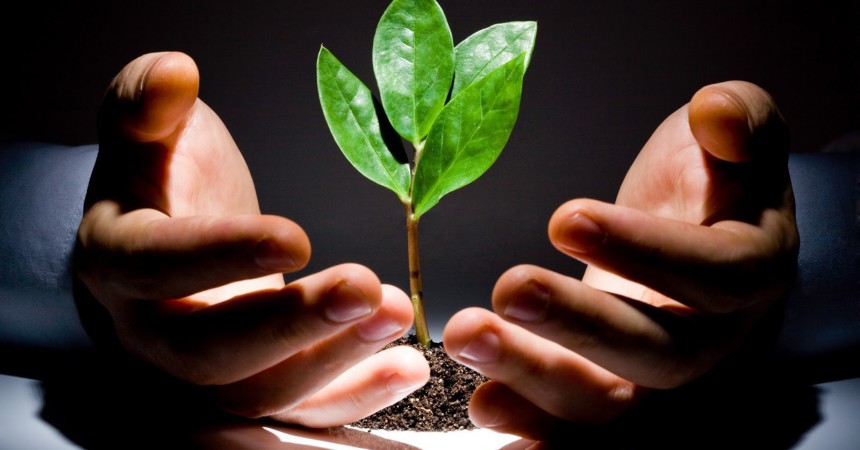 Ten years ago, the 5 largest publicly traded companies in the world included 2 oil firms and one tech firm. Today, all 5 are tech firms with a combined worth of $3.9 trillion. Of the 20 most valuable firms in the world this year, the combined market cap of the tech firms is 2.5 times larger than that of the oil companies.

The world has changed and moved on from oil. If Nigeria hopes to be great, it needs to move on from oil too.

Over the past 10 years, young Nigerians threw themselves at the internet with the hope of creating a new economy. This has happened organically, with little or no support from the government, but the world has begun to take notice. Savvy government officials have asked how government can help and get involved.

Here are a few suggestions. The most important thing governments can do is building in the long-term future of the country by investing in science education and research.

This isn’t hubs and co-working spaces – it’s research grants, scholarships and investments in the education system. It’s teacher training and re-training and curriculum reviews. It is investment in a long-term future that leaders may not be alive to see, talk less of being in office. It’s prizes for solving big problems that might not be claimed for an entire decade.

The world’s biggest startup ecosystems are built on the foundation of years of research done by researchers and scientists funded by government. From the internet to GPS, touchscreen technology to solar power, visionary governments have provided the building blocks for the world we see today.

For some reason, it seems to help if the country is at war, or expects to be in one. You can’t tell the history of computing without mentioning Bletchley Park, Alan Turing and World War II; or the history of the internet (or Silicon Valley for that matter) without name-checking DARPA and the money poured into technology research by the American military. Israel’s military is as famous for the startup founders that have come out of it as the military technology it has pioneered e.g. the Iron Dome; and let’s not forget China’s Great Firewall and advances in micro-computing. To echo my good friend Feyi Fawehinmi, maybe Nigeria should pick a fight with someone. I’ve posted a lot more reading about this below the article.

While a company like Andela has proven that there’s a business case for training Nigerians in software development and letting them loose on the world, there’s more to the knowledge economy than coders – we need researchers, data analysts and a host of other technical skills. We also need to invest in primary and secondary education, to provide the raw material for further training in future. That’s why I applaud Kaduna’s Governor for attacking the rot in the primary school system in his state. This is the work that needs to be done.

Secondly, governments can align incentives with the kind of behaviour they want to see. This work has the benefit of having more short-term effects and being slightly sexier. Essentially, the government has to invest in creating the kind of environment in which these kinds of businesses are more likely to thrive. Different countries have tweaked the rules to incentivise the behaviour they wanted to see. For example, the UK has the Seed Enterprise Investment Scheme (SEIS) that provides up to 50% in tax breaks to angel investors putting money into UK startups. Several states have strengthened the legal and financial systems to ensure that investors feel comfortable putting their money in companies registered in their jurisdiction. It’s no secret that every Nigerian business that receives significant investment immediately reincorporates in Delaware or Mauritius for these reasons.

Investors aren’t the only beneficiaries of such government action. For example, California doesn’t recognise non-compete agreements to allow the free flow of talent – ensuring that people don’t feel trapped at companies and can leave to start their own firms, thereby releasing even more innovation. This way, companies are forced to find other ways to incentivise high-value team members to stay, including stock grants and options.

In the end, if government wants people to invest time and money in technology companies, it should create incentives to encourage that behaviour. A For Loop meeting

When government tries to help an ecosystem (be it tech or Nollywood), the temptation is to own all initiatives end to end, with ham-fisted attempts at playing venture capitalist or co-working space operator. The results tend to be sketchy, at best.

A better approach might be to sensitive and responsive to good work already going on, and support it. A great example of this was when the Lagos State government lifted the Right of Way taxes on Herbert Macaulay Road, Yaba as part of the Co-Creation Hub’s iHQ program.

There’s a lot the government can do today – from supporting programs like ForLoop, to helping early stage founders access co-working spaces and other infrastructure. When government adopts this partnership model, it’s more likely to have a deeper and more lasting impact than when it employs a helicopter model.

That’s why I’m glad that the Lagos State government, via the Lagos State Employment Trust Fund is investing in the startup ecosystem over the coming years through their Lagos Innovates program. While it doesn’t tick every item on my wishlist, the programme aims to take a more sustainable approach to startup support. By acting as a catalyst for the good stuff in the ecosystem – vouchers for infrastructure and workspaces, zero interest loans for providers of well-equipped workspaces for founders to converge, matching funds to reduce risk for angel investors as well as supporting learning initiatives, the program is more likely to succeed than any one with a helicopter approach to startups.

However, we will need more done if Nigeria will ever leverage technology to transform our economy and lift our people out of poverty. Time is running out. ecosystem
How to save money on marketing your business
Margin