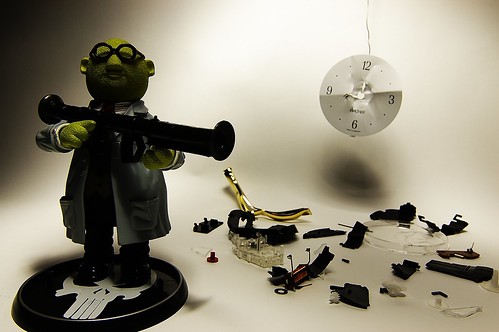 We’ve all, at one point, had to sit for an awful length of time waiting for an appointment, a date or any other number of delayed meetups, including my favourite, events. In this part of the world, events hardly start on time, interviews too and even solemn business meetings. It’s so typical we even have a name for it.

Time killers are made for times like this: when you are so pissed you can’t keep your focus on an otherwise irresistible e-book in your reader, news article or even the flimsy pamphlets the event organizers give you at registration.

There are tons of them. Here are 6 that come highly recommended. So many birdie, flappy games have risen from the digital dust of Flappy Bird. You know the game developer,  removed the game from App Store and Play Store, last year because according to him, “the game was affecting his personal life.” Whoever thought making a crapton of money out of your hard work could be so disturbing.

Since the days Flappy Bird bit the digital dust, spawns have risen. The closest to the real thing in my opinion is the Fappy Bird.

Same gameplay as the old block, and just as addictive, with the phone throwing, hate gaming component to boot. Beware of the adverts that pop at intervals though. I hate those.

Picture this: Monday. 9am. You are sitting at your desk. Steaming, tangy scented coffee in a company-branded mug on your desk. Google docs is open and you are punching away at your keyboard. Your news analysis on the impending Zombie apocalypse is looking badass, and because you want to make the story even more badass, you open a new tab to google the best possible way to prepare for the epidemic. Suddenly, you are confronted with a page that says, “this webpage is not available” in a grim expressionless fonts. The network downtime is here and naturally, you want to break things.

But thankfully, you use the Chrome browser.  Chrome – Google – came with just the right way to channel that frustration with their endless runner side-scrolling game they secretly embedded in Chrome while we weren’t looking. After the notorious page pops, user can launch the game by tapping the spacebar and the previously unmoving 2D dinosaur begins to run. The goal is to scale as many cacti as possible while running. This add-on is also available in the Chrome mobile browser. We call it Dino Run here at TC. It gives a fun and simple gameplay – just like all time killers. Speaking of Zombies. There is game about them. The goal is kill all the Zombies in a particular level with the limited bullets in the players magazine. It’s a physics-based game and relies on the players ability to calculate the directions of a bullet having fired. You’ll enjoy how these Zombies plop to the ground when hit. The game uses a Star system pioneered by Angry Birds.  So often times you are tempted to play a level over and again just so you get the perfect score. I did.

Retry is a sidescrolling physics-based game. The goal is to pilot a light plane from one hangar to another without colliding with any object that includes the clouds, sticking bars, the inviting lush green, bricks and any other ones that evil spawn that is Retry thinks will make your flight miserable.

It’s odd that a game will have a name that’s is an action word that is encourage to take another swipe even before you have tried; Retry. It does begin to make sense when you realize the tumbledown light airplane you have been bogged with flying isn’t actually sunshine and picnics. It is capricious, unstable and generally a pilot’s nightmare.

Shoot the Zombies is shooter like no other. The goal is to shoot down undead birds who are flying over to kidnap Pumpkids who are lost in the sheer excitement that is the seesaw. The Pumpkids are your kids, so to be a good father is to know how to use the bow and arrow.

But if you’ve ever used a bow and arrow, you’ll know it’s some difficult venture. It’s just as so in the game, and that’s exactly why it’s so addictive. You’d think shooting down birds shouldn’t be so hard.

The game uses the Temple Run-like objectives and milestone style which makes you just want to strive for the next reward.

Have I used an arrow before? Heck no. All I know of arrows are from Lord of the Rings and Robinhood. Jet Pack Joyride borrows the Flappy Bird mechanic in that you have to tap the screen at the right time for the right length of time to keep your balance.

The setting is a nuclear science research lab. I have no idea how the guy with Jet Pack got in there. The goal is to collect as many coins as possible and while avoiding the radioactive bars. Jet Pack Joyride is simple – yet horrid. You have these random rockets flying all over the place and avoiding them sometime requires all skills of a Jedi Knight.

These games are the most lovingly horrible, fun, addictive games ever. Take it from the guy whose all time high score in Fappy Bird is 15. But again, they are easily put-downable because there are no targets, just your highscore and seething ego. We probably missed your favourite.

It could be because they are one of the following:

Well, everyone already knows about these. Didn’t think it was worth beating us upside the head with them any longer. There are chances I still missed your favourite. Sound off in the comments.