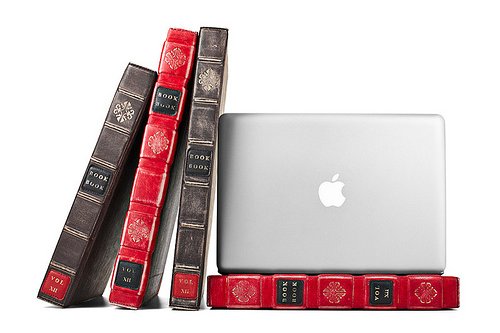 Compulsive interneters cannot resist trying out new technologies once they come out. It’s worse when we feel compelled to share our experiences with fellow enthusiasts. On Twitter. Without looking like nerds!

So, long story short. After trawling Redmondpie for the time in Lagos when iOS 8.4 would drop (It was 4pm, 1st July by the way), I casually took my break from work about three hours later so I could get home early and download it.

I must confess. I have a First generation iPad Mini 64GB model and I have OCD (Obsessive Compulsive Download Syndrome) so yeah I’m a bit of a… 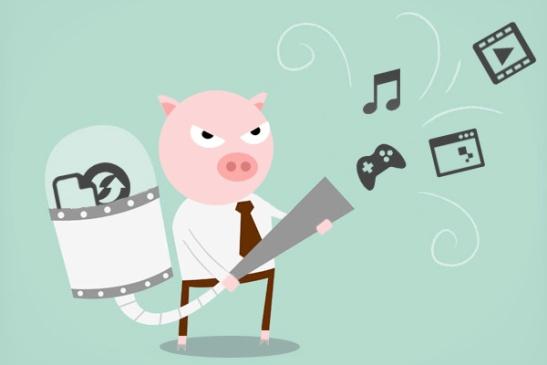 The iOS update was “only” 160MB so not clearly in the “I must randomly tiff somebody’s Wi-Fi” range. Just above the “Not with my cellular Data” range. 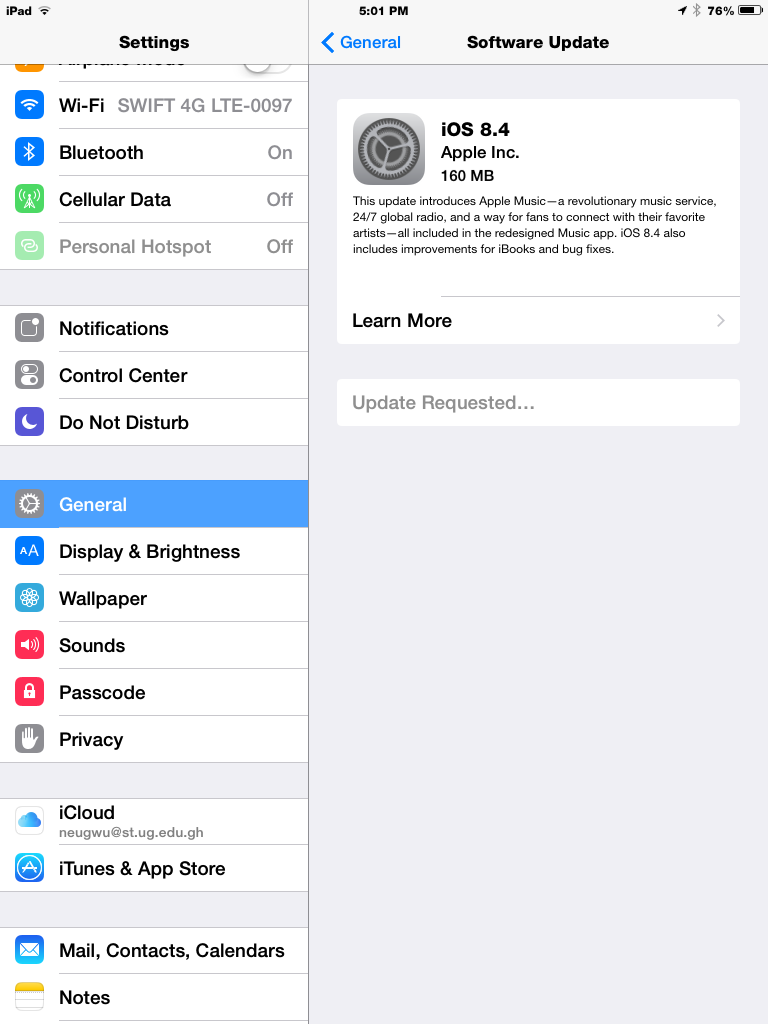 I was excited as I had read up so much about Apple Music in the months since it was announced and how it was going to change the game in terms of music streaming and access to Apple’s own pre-existing mega library.

The first thing I noticed was… nothing actually. 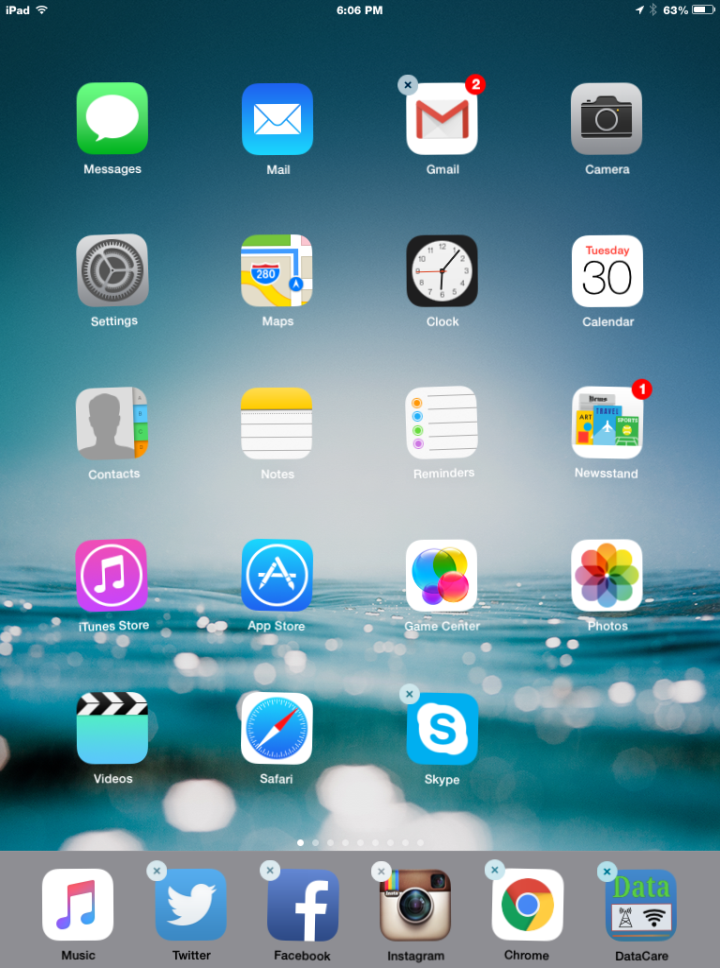 I quickly trawled through my home screen for any clear changes in UI and couldn’t find anything. Not why I was here.

Then I saw my music icon had changed. ☺

The new FOR YOU page asks you to select preferences for Music Discovery which I found rather tiresome. Not wanting to leave out any particular genre I appreciate, I selected as many as I could and then it brought out another page asking me to select my preferred artists. Having selected Alternative, Hip-Hop and Electronic Dance; I wasn’t really expecting much believing erroneously that I had narrowed my artists in a Venn diagram. Apparently, I had only widened it.

For example, I’m not a fan of Taylor Swift and a majority of the Pop artists that came up after the last Global recession. (Don’t judge me.)

I was also disappointed that no matter how many times I removed Taylor Swift bubble, her music kept coming up. Maybe the algorithm they use to select it is rigged to sell popular artists. I really don’t like her music so it’s not nice when her hit singles appear in all your randomized playlists and you have to skip manually which is also REALLY annoying if you don’t have hands free.

Most of the discover music features such as BEATS RADIO 1, CONNECT and NEW were equally frustrating as well so I quickly skipped them. 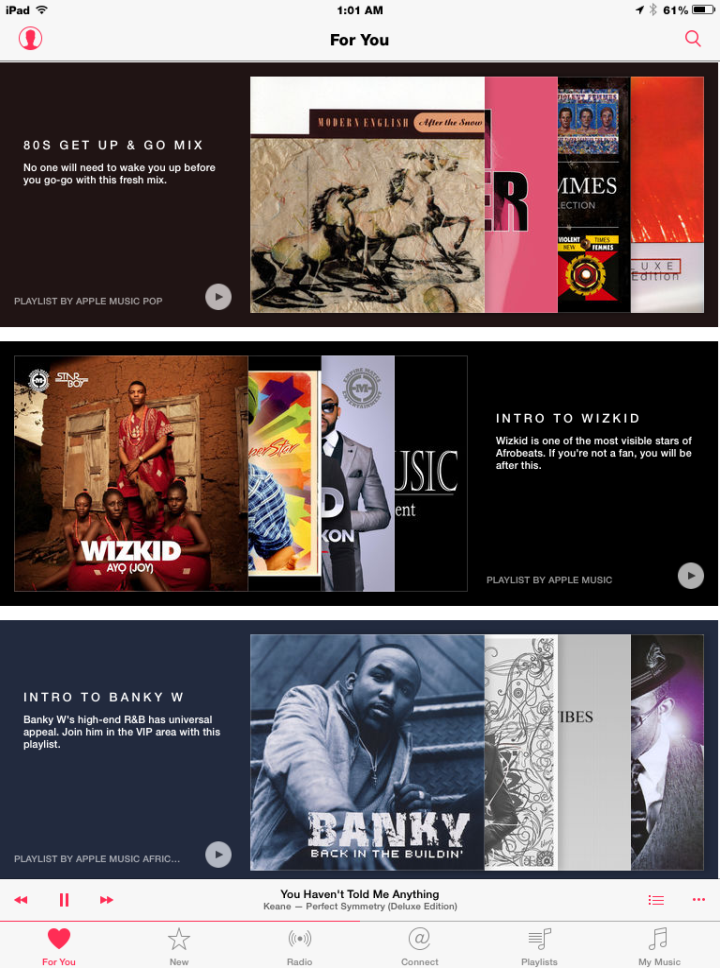 Right before I lost my temper, I noticed my playlists and my Music had been moved to the far right side presumably so you’d notice the new features first.

I opened my playlists and was partially impressed with the album art mashups they did for each playlist. Longtime iTunes users will be familiar with the style as employed by the old iTunes Genius Genre Mixes. 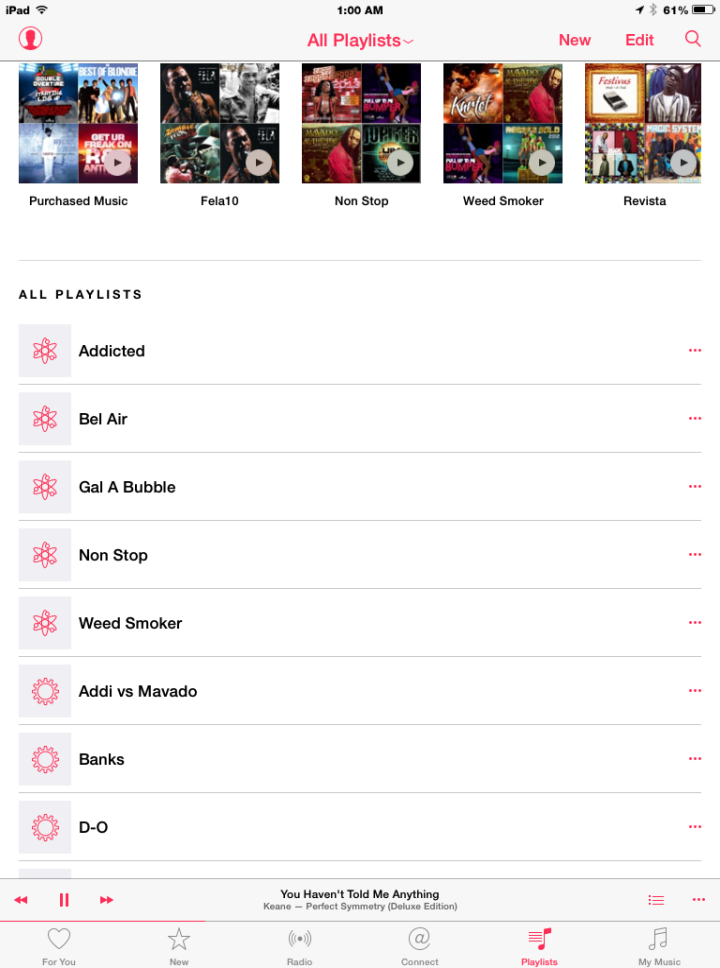 The My Music Tab blew my mind. Now, you can search and play music that you don’t have simply adding the track(s), album(s) to your Music. It instantly streams them while you are still online and makes for a really enthralling experience.

My wish list on my iTunes contains tracks, albums and compilations which cost $9.99 and up and I would never buy but I’d love to listen to. Now most of these albums are years old and may only be found on iTunes or Amazon, or those audio-videos on YouTube. No chance of getting them on Torrent sites.

Now with iTunes music I can listen to the whole thing! Or even download it to my device by selecting Make Available Offline! Like for free. Like yeah. For Free. For Now. 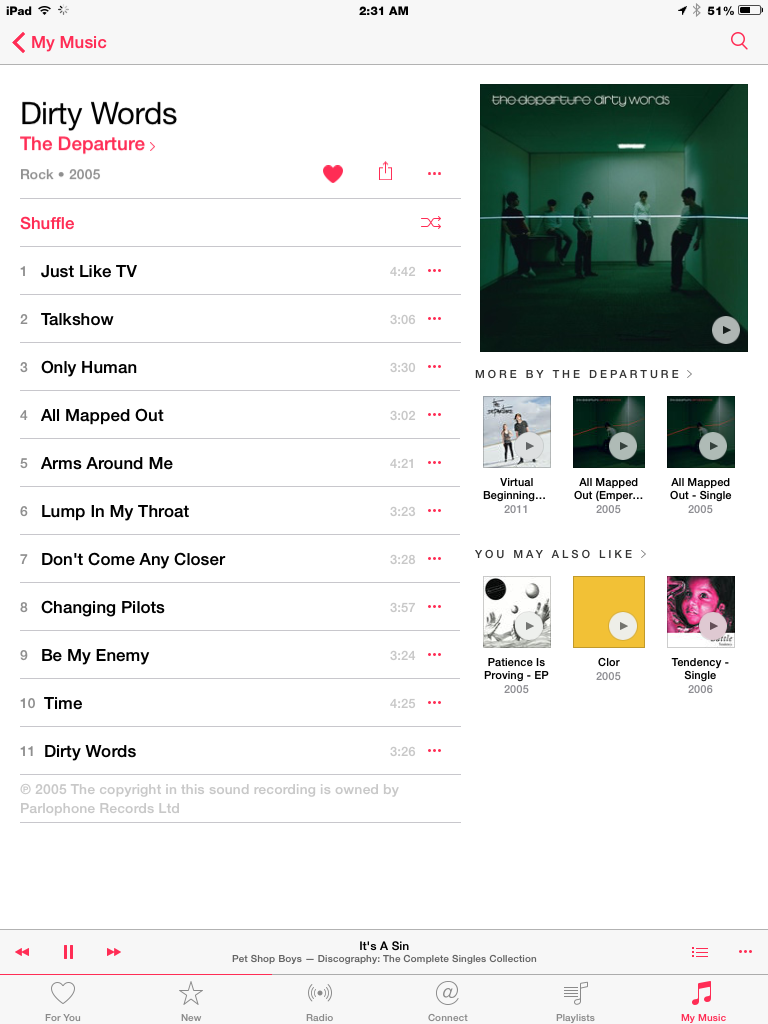 One of my favorite acts The Departure broke up a long time ago and I never got their album and listening on YouTube is nothing compared to having their hit songs on demand. Within minutes of subscription, I had their entire discography. For free. For EVER!

Apple says it’s charging $9.99 for Individual and $14.99 for family of six per month when the 3 month trial period ends.  In NGN that’s about 2,000. A bit pricey for most people so I’m pretty sure it might not catch on here.

Only *IJGBs who are familiar with Spotify might understand this sort of streaming culture.

But here’s the thing.

The Nigerian iTunes store charges just $4.99 for individuals per month (NGN 1000) which sounds pretty reasonable for anyone with a debit card and a monthly salary. Like if you actually thought about what you’d be getting in return it’s a no brainer.

Apple had to cave in and as far as I’m concerned the only people that might complain are those who invest heavily in their favorite artists and buy all their music (because torrents are unethical☺). But even they can still opt-out of iTunes Music and buy their music from the iTunes Store for 9.99 USD. The iTunes Store for those who want it for ringtones and Videos and even music is still fully up and running.

Now everyone can have that 150GB PC-crashing iTunes Media folder. And just because you can download them all doesn’t mean Apple doesn’t pay the artists for each download. Thanks Taylor☺.

All in all, the new iTunes music is a huge win/win for everyone involved. Those with small device capacities may stream quality music for free; Discography Hippos now don’t need to trawl the web for that last seeder in Armenia for Track 13 of that “rare-obscure-album-no-one-has” again. 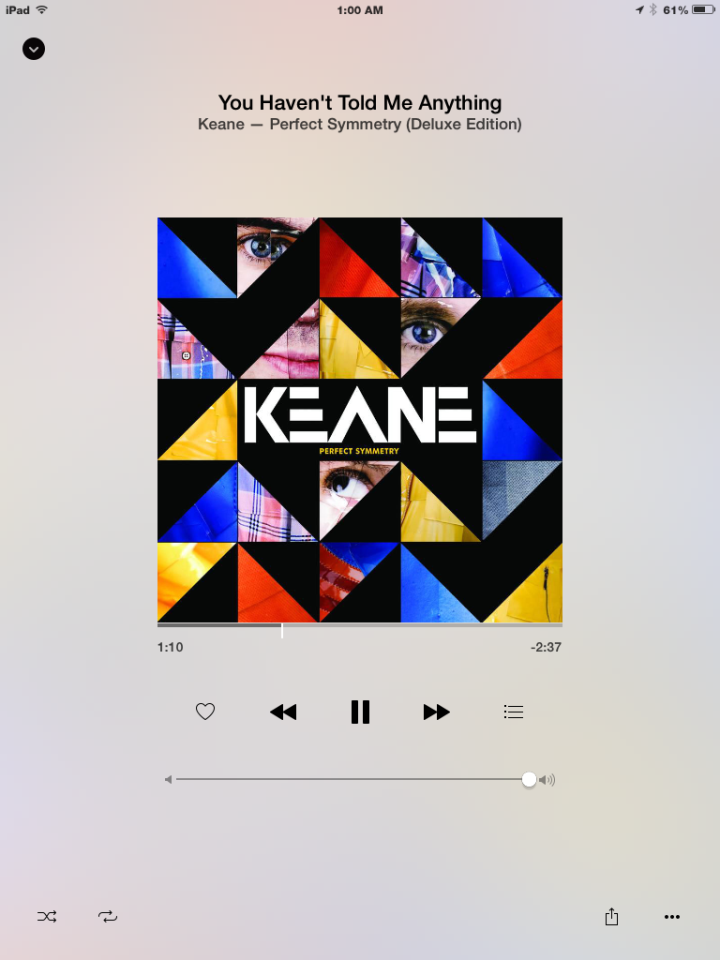 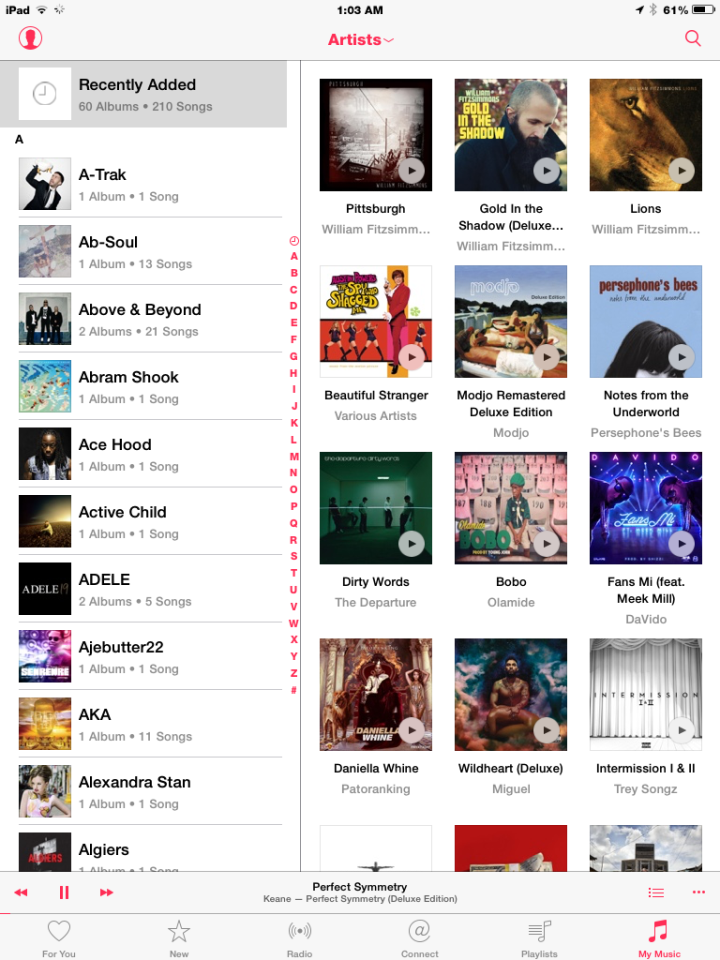 The new MY MUSIC UI had me longing for the previous one though (It now looks like MusicXmatch UI and is extremely confusing to find songs you want to listen to if you had a large local library.)

Typically I spend about $20 (one $9.99 album and assorted singles) every other month on iTunes so being able to spend just NGN1000 each month and download any song and album I want is truly mind-blowing.

I really feel sorry for Tidal. Tidal is not in this division. The catalogue Apple have amassed is more than what any of their rivals can offer and I honestly feel no one should have to listen to ads when they are playing music too (Sorry Spotify Free users).That’s a REALLY dead cruise.

I also feel sorry for kids or anyone who didn’t have an iTunes account in the summer of 2015 when all the music in the world was free for 3 months. Wake me up when September ends indeed ☺ !

There’s only one enemy. 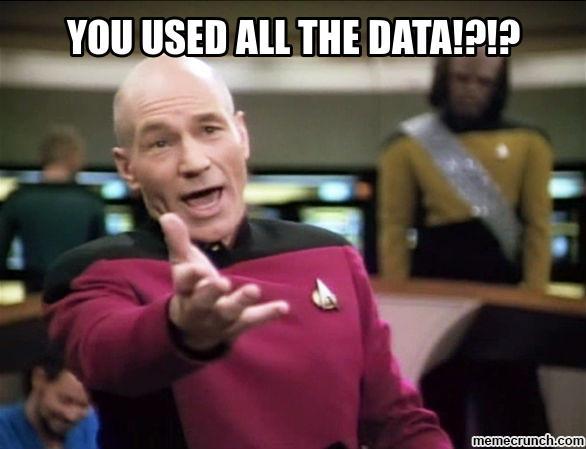 I got through approximately 1.5GB in one night. (The software update was only 160MB so the rest was from downloading 8 Albums and streaming endlessly. That might be an issue if you are on a restrictive plan) 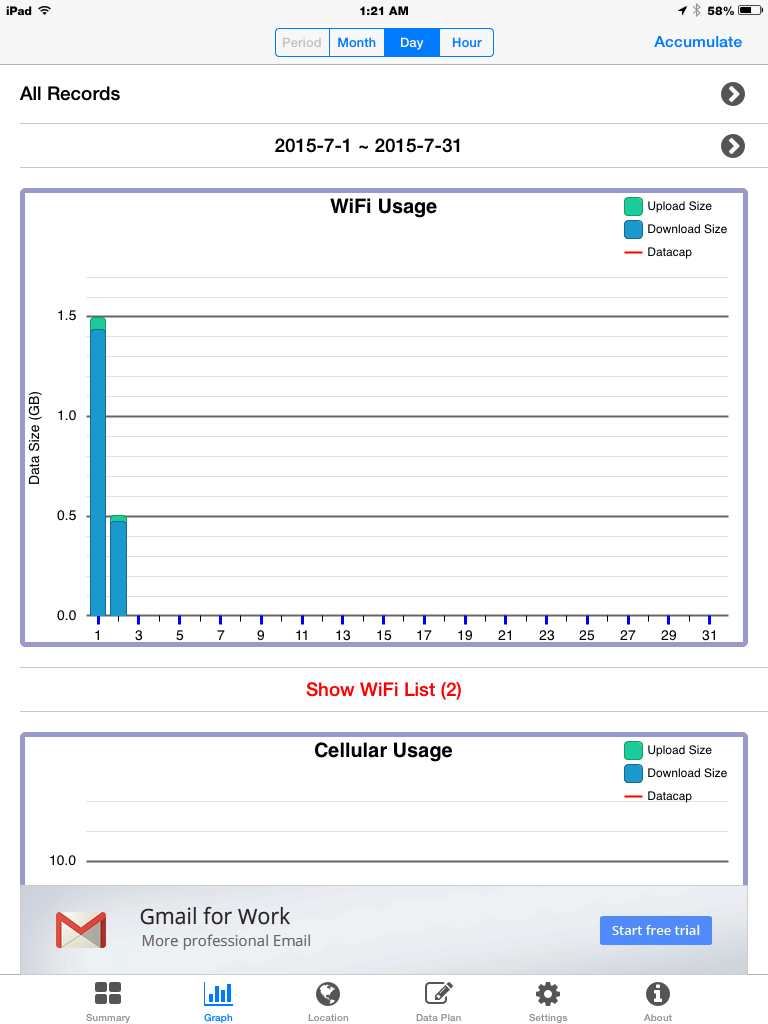 In summary, the cons are:

As for the pros:

*IJGB is an acronym for “I just got back”. It is used to refer to Nigerians who have returned from an extended stay abroad, typically for study.

Editor’s note: Nanu Ugwu is an Executive Assistant at Pharmacare Support Group. Connect with him on linkedin or follow him on Twitter @nanu759. 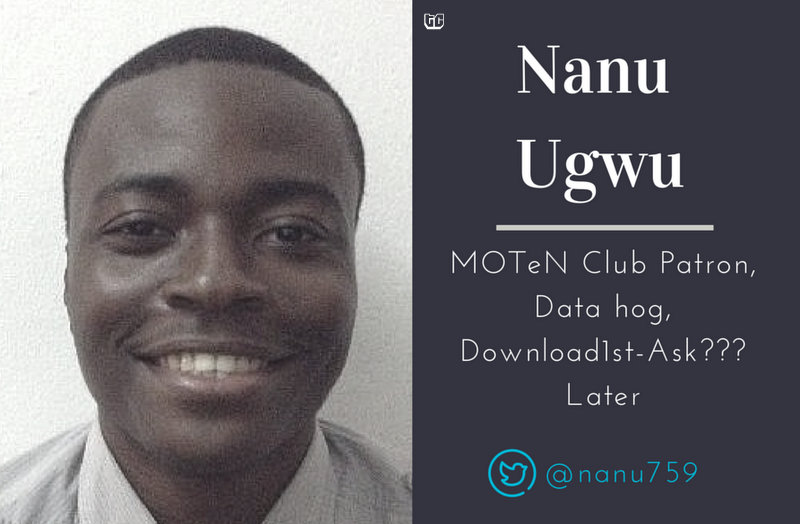 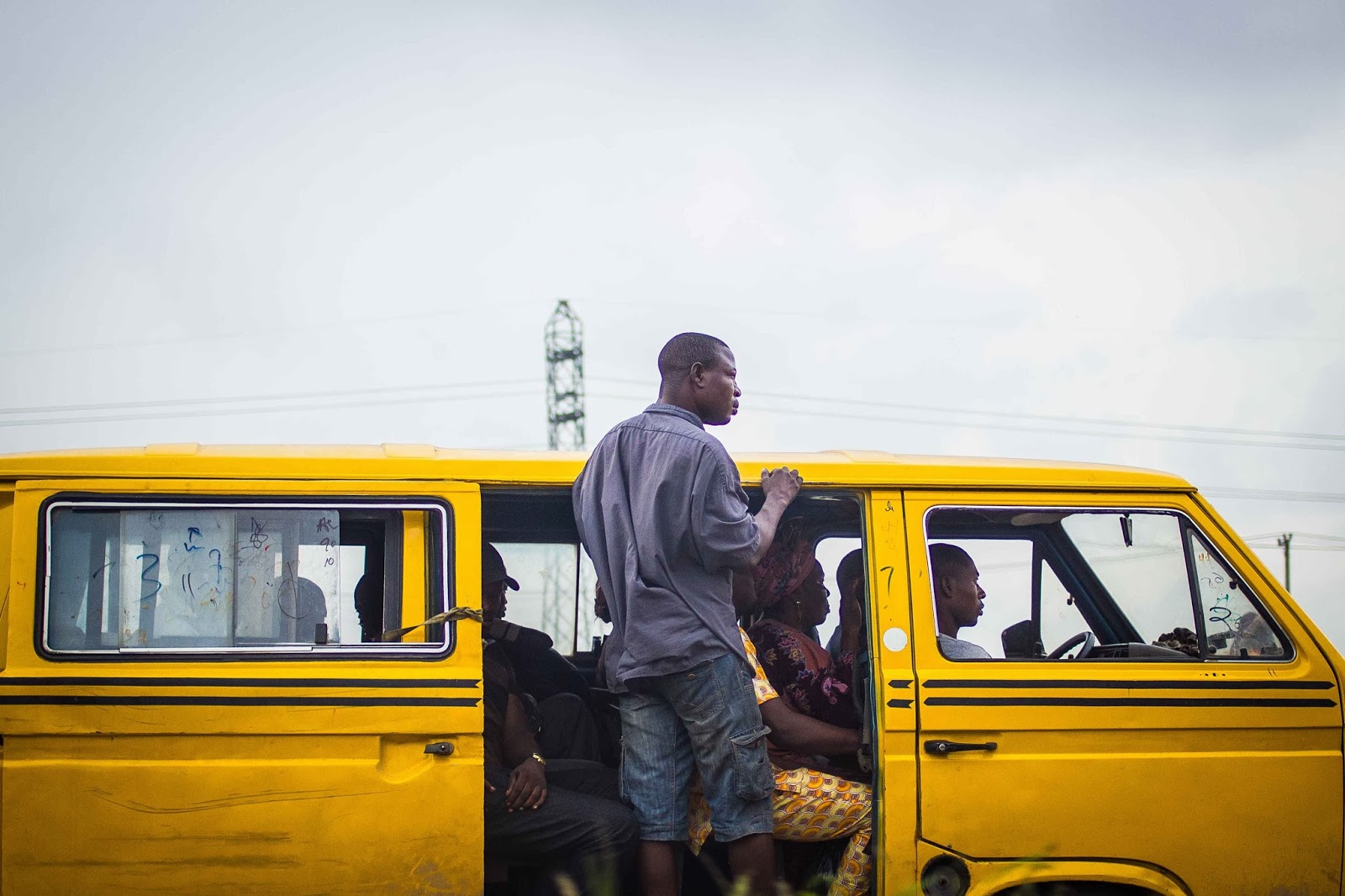 Lagos is famous for many things –for the round-the-clock hustle, whether white collar or redeye, for its crazy traffic and bustling night life, among other things. One thing that it is arguably most famous for is its flag – the bright yellow metal flag, sitting on four tyres; Danfo buses.