Cannibalisation: Bane Of The iPad 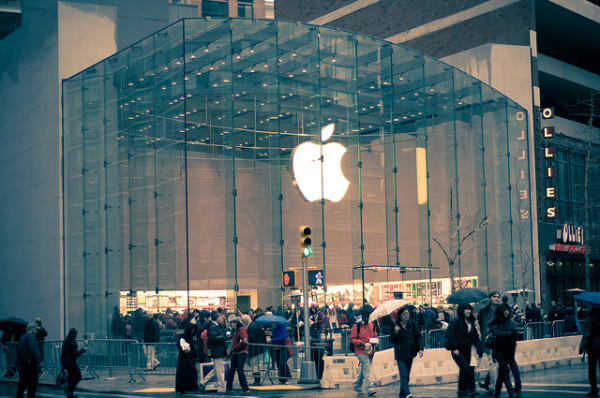 The iPad, as introduced January 27, 2010, by Steve Jobs, was intended to be the first of a family of devices that killed off the laptop market once and for all, based on the premise that a touchscreen was a more natural way to interact with any device, than a mouse and keyboard. Even though the narrative back then was that Apple had just made a larger iPod Touch, and was going to shove it down our throats for an exorbitant price, it pushed 300,000 units on April 3, launch day, and around 2 million units in the first 2 months.

The iPad 2 was released to the public on March 11, 2011, and did 500,000 units in its first weekend. Then came the 3rd generation iPad, on March 16, 2012, pushing 3M in its first weekend, and less than a year later, the lightning port was introduced with the iPad 4 and iPad mini, both selling 3 million Wifi Only units. The iPad Air represented a massive design change, in November 2013, followed by the Air 2, on October 2014, and by early 2015, Apple had sold around 250 million units of the device. The iPad has proven itself to be a powerful platform, and believe it or not, it has become a beacon, defining how we think about, and relate to every other tablet on the market.

Recently, iPad sales have been on a rather steep, steady decline. Why? A combination of (un)fortunate factors, really. First, there’s the fact that iPads are typically not carried around or used as rigorously as iPhones are, and as a result, last longer. This means that an iPad owner will not need a replacement for up to 3-4 years in most cases (I bought my first iPad 3 in August 2012, and I only replaced it with an Air 2 this July), and the fact that practically everyone who wants/needs a tablet already owns one.

Second, the iPad 2 was such a brilliant device, that there’s very little room for improvement as time goes on. There haven’t been any mind blowing new features in any of the iPads except maybe Touch ID in the iPad Air 2, last year (I mean, it’s the same thinner, lighter, faster narrative every Apple event). Third, the model we have in our head of what smartphones should look like has gotten larger and larger over the years – a trend many did not expect Apple to subscribe to. But they did anyways, with the introduction of the iPhone 6 and 6+, in September 2014, and more recently, the 6S and 6S+, further contributing to the iPad’s demise.

Yet another factor, has been the steady increase, quarter by quarter, of Mac sales. Phenomenal, considering PC sales have been on a downward spiral by about 7% yearly. As MacBooks get thinner and lighter, people will buy more of them, as opposed to the iPads, since they will handle tasks better than the tablet in most cases.

In spite of all these, I doubt Apple will lose any sleep over the iPad’s disappointing sales trend, because it has and will continue to outpace rival tablets, and at 9.88 million units last fiscal quarter, and an average of 13.3 million every quarter, since 2010, it’s a disappointment any company in the world would love to have.