Digest: How do women use mobile money?

Here’s what you need to know today. 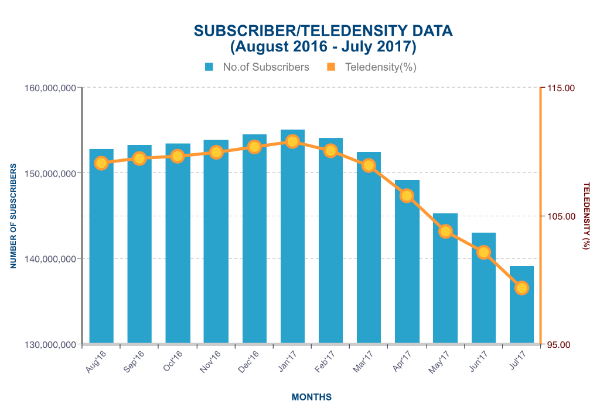 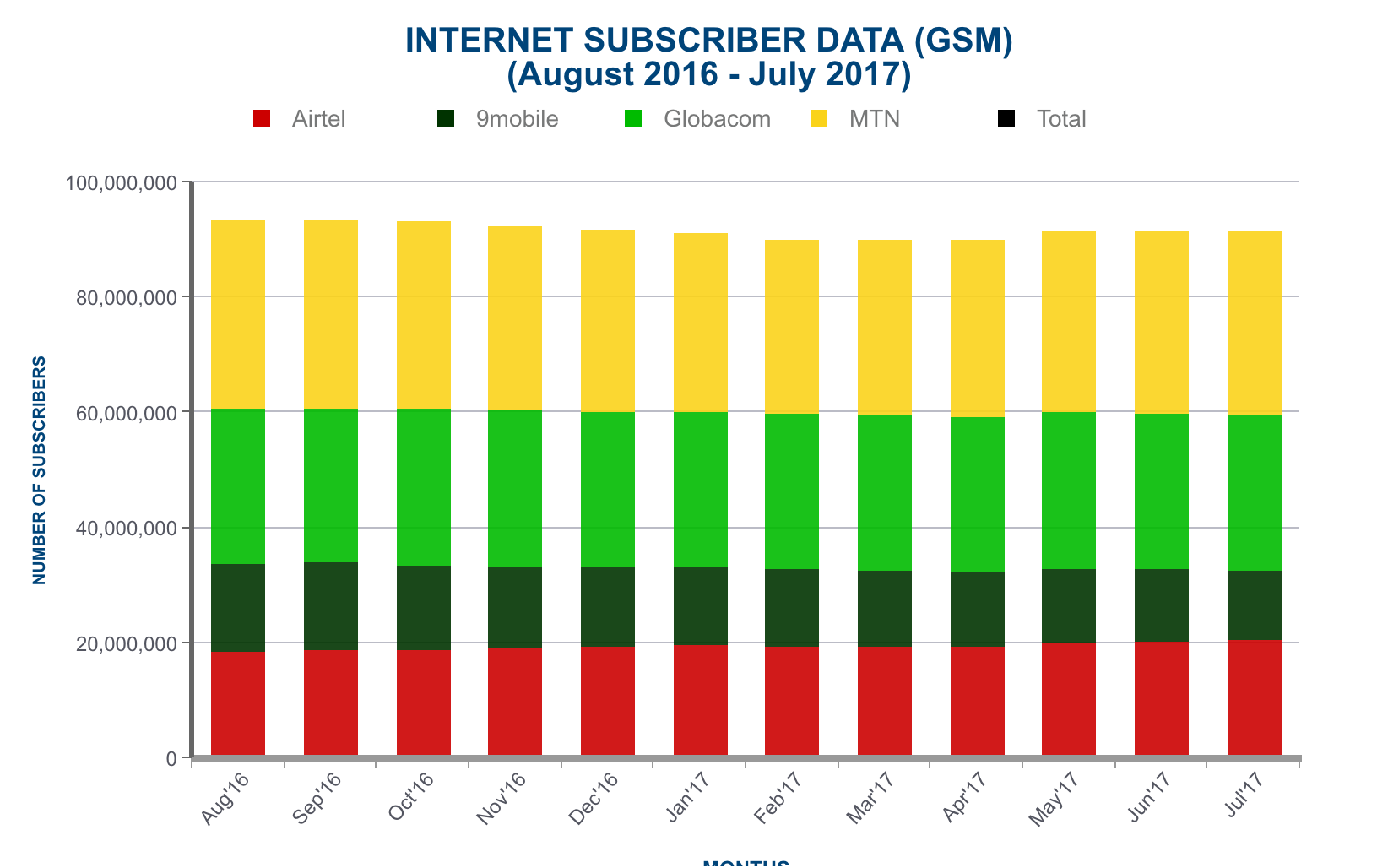 NCC (Nigerian Communications Commission) has released subscriber data for the month of July, revealing a steep decline in total mobile subscriptions (see: chart above), and a more shallow dip in the number of internet subscribers (see: chart below) in Nigeria.

I am tempted to blame the slight dip in the number of internet subscriptions on macroeconomic headwinds, that theory would not explain Globacom, the telco with the cheapest data offering, losing 178000 subscribers. And as long as we don’t have access tomore granular data like the geographical breakdown, my analysis will go no further than: “Hm. C’est interessant.”

Here’s an interesting post by Susan Johnson (University of Bath), about how people *actually* use mobile money in sub-saharan Africa (beyond the “send-money-home” stereotype):

Women’s receipts were higher in total across all types of resources received and through the mobile money channel and also when they were married and household heads. Women received more via mobile money when they had more women in their network of close family sending them funds, meaning women were sending higher amounts than men, which suggests a strong woman-to-woman dimension among close family (parents, spouses, children). Yet men also gave more when they had more women in their close family network.

However, in the wider network of family (including siblings, cousins, aunts/uncles), both men and women received higher amounts when they had more men in these networks – further supporting Kusimba’s finding about the importance of male relatives. Moreover, we found that when both men and women gave to women in both their closer and wider family networks, this then raised the amounts they in turn received, demonstrating a reciprocal dynamic at work.

This seems to be exactly right, and I love that Dr. Johnson and her team carried out this research. It is potentially useful for designing financial services, policy, and regulation for the underserved majority.

+ How the internet of things, a mobile phone network, and a herd of zebras could save the rhino. Link.

+ MEST is organizing two events in Lagos, as part of the soft launch of their incubator/co-working space. The first is a masterclass about expanding your startup to new markets, on September 29 (link), and the second is the MEST Lagos Boardroom Sessions with Aaron Fu on September 30 (link).

+ Applications for the Y-Combinator Winter 2018 batch will close by 8pm PT on October 3. Apply.

+ BitPesa is hiring a Global Head of Sales and Marketing. Link.

London: Dinner with BTNG (Building Things for Nigeria), in collaboration with Tokunbo’s Kitchen, will hold on September 22. Link.

Johannesburg: Register for CIPESA’s forum on Internet Freedom in Africa, holding on September 27 – 29.