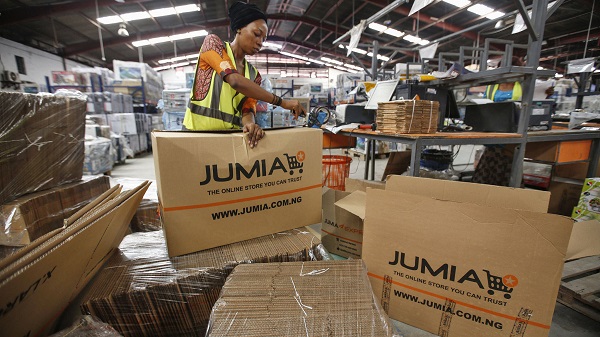 Africa-focused e-commerce company, Jumia has released its financial report for the second quarter (Q2) of 2019 (PDF). This is the company’s second financial report since it became a publicly-traded company, and there are a lot of sides to the earnings report.

Here’s what we know:

Jumia’s Gross Merchandise Value (GMV) is up 16% from the previous quarter. GMV is the total value of items sold on an e-commerce website within a period. In the e-commerce business, GMV is a popular metric used to measure the growth of a company. During the three months between April and June 2019, Jumia sold items worth $310.5 million. This is higher than the $266.2 million GMV it recorded in Q1 2019 and it represents a 69% growth over the previous year.

Citron was right; Jumia does have a fraud problem

The most explosive part of the report, however, is Jumia’s fraud problem.

In the lead up to its IPO in April 2019, the company released its SEC filing detailing several issues in its operations. It later updated the filing to include that it had received information that some members of its Jumia Force (JForce) consultant program in Nigeria had engaged in fraudulent activity. JForce members are independent sales consultants who earn commissions by assisting customers to place orders on the e-commerce website. The company revealed it was investigating the report.

After the IPO however, Citron Research, a US short seller, released a report calling the e-commerce company “fraudulent” (PDF). According to Citron, the late disclosure of JForce fraud was either a recent discovery or “Jumia has been hiding the fraud for quite some time but going public forced their lawyers to add this language.”

The research company also claimed that the retailer had fraudulently altered that “41% of orders were returned, not delivered, or cancelled.”

“This number is so alarming that is [sic] screams [of] fraudulent activities”, Citron wrote.

In its Q2 2019 report, Jumia revealed that some JForce consultants had perpetuated fraudulent transactions amounting to 1% of its GMV in Q1 2019. The fraud doesn’t seem to be a new thing: the company admitted that it had affected its GMV for every quarter since the start of 2018.

The retailer tried to downplay the fraud claiming that it “had virtually no impact on our 2018 or 2019 financial statements.”

Unfortunately, this was not the only incident of fraud in the company. The Q2 report showed that improper (read fraudulent) orders placed by JForce consultants amounted to 4% of GMV in Q1 2019.

Once again, Jumia claimed: “these transactions had no impact on our financial statements.”

Naturally, the fraud claims have generated some reactions, with the most interesting coming from Sim Shagaya, founder and former CEO of Konga, Jumia’s rival. In a series of tweets, Shagaya bluntly accused Jumia’s management of being complicit in the fraud.

“I can confidently tell you”, he wrote “that there is no way that a $10m+ fraud can happen without the complicity or, at the minimum, the tacit consent of management.

Jumia remains a long way from making overall profits. While in Q1 2019 its gross profits stood at $17.4 million, in the most recent quarter, the company raked in just $19.2 million.

However, while the company continues to grow its profits marginally, its losses remain staggering.

According to the company, around 30% of its losses during that quarter was as a result of its IPO. In 2016, the company granted stock options to some of its employees. The successful IPO triggered the “vesting of some of the stock options granted under the 2016 Stock Option Plan” which totalled $22.74 million.

Nonetheless, the company has now lost over $1.1 billion since 2012. Jumia has already forecast that stock-based compensation expenses will cost it $14.2 million in the second half of 2019.

The company had originally debuted on the stock market at $14.50 a share in April 2019. For a brief period, the company’s stock soared, trading as high as $40. However, its fortunes changed after Citron released its report about the company.

Jumia’s share price crashed afterwards and reached its lowest point on August 13, 2019, when it traded for $11.30.

The company also revealed it is facing class-action lawsuits brought by at least two US law firms in the wake of Citron’s report.

The e-commerce company remained quiet about these cases, and never responded to either the allegations or the court action.