Duncan Mcleod of TechCentral interviews Willem Marais, the Chief Business Development Officer for Liquid Telecom. Most of the article is about Liquid Telecom building more NLD (national long distance) fibre infrastructure in SA and attempting to consolidate their position. (Context: Telkom, the SA national operator owned all fibre infrastructure and sold bandwidth to everyone else, but legislation was passed recently to allow other providers build out their own fibre networks, leading to the scramble (arms race?) that is playing out today.)

But what caught my eye was the hint that Liquid Telecom would soon begin expansion in West Africa, either organically or via acquisitions (hi, 9mobile ?) and it is more likely than not that Marais was referring to Nigeria, the most populous nation, and thus, the largest telecom market in Africa.

Now, THAT would be interesting because Liquid Telecom Group is owned by Strive Masiyiwa’s Econet Wireless, and Econet Wireless was Nigeria’s first mobile operator in 2001 before being forced out of the country two years later.

+ (Worth noting that Econet Wireless owns a minority stake in Airtel Nigeria, the 6-time reincarnate of the carcass Econet left in 2003.)

Over in Kenya, Infinix is playing a fast one. The smartphone brand owned by Chinese mobile manufacturer, Transsion Holdings introduced a feature called Magazine Lockscreen that replaces users’ wallpapers with a rotation of images and inspirational quotes or news updates overlaid (example here).

But they also figured out that a captive audience and enough information about them is the foundation of a decent advertising business, and so they started to serve ads – first, of their own products and accessories, but also of mobile apps from third parties. Techweez called them out on it in a recent review and Amos Zhou, their digital marketing manager for Kenya said:

“We started doing magazine lockscreen because we wanted to share some warm messages with our customers on special occasions such as mothers’ day and Christmas,” […] We just share some pictures of our new products and at low frequencies”

Since they all use Android and so have no *real* way to differentiate (no, weird UI skins don’t count) their products, hardware OEMs have to provide more and more value (higher specs), for less and less money (lower price), and thus they are locked into a vicious cycle, further eroding their already low margins as they chase the ever elusive rabbit called “market share”.

I don’t fault Infinix for serving app install ads et al – as my fellow Nigerians would say, “man must chop” – and considering the markets they operate in, I’d argue that it might even be good strategy. But doing it, getting caught, and lying is probably a bad idea.

I mean, what are these? ?? “Warm messages for Christmas”? 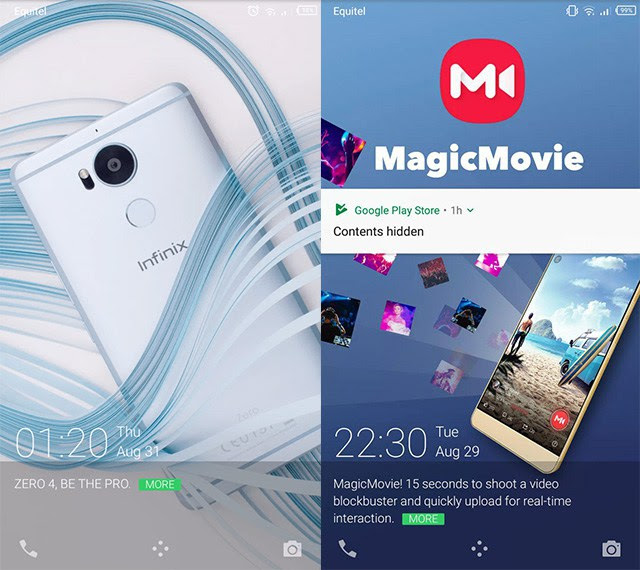 + Launch Pad, a coworking space owned by Chris Schultz (investor in Flutterwave and Tizeti) in Charleston and New Orleans is hiring a graphics designer. Apply here, if you’re interested.

+ The gospel according to Nigerian UI/UX designers. Link.

+ Lowering smartphone costs could drive next African smartphone boom. Link. // (I don’t necessarily agree with a lot of this, but it is interesting.)

+ The trillion dollar African company – a good recap of CcHub’s recent event with Oshi Agabi and Emeka Okoye. I agree with most of their ideas. Link.

+ Apply for the YHER accelerator for female entrepreneurs with early-stage businesses. Link.

+ QZ: Nigeria’s economic recession is officially over according to GDP stats from the NBS. Link.

+ The Law of Roadmaps, as put forward by Ezra Olubi, co-founder of Paystack. ??

Lagos: TechCabal’s next Office Hours session is about Fundraising, and it will be facilitated by Lexi Novitske from Singularity Investments. It will hold at 4pm on September 15th at V8 Valley, Lekki. Fill this form to apply, and we will get back to you soon. 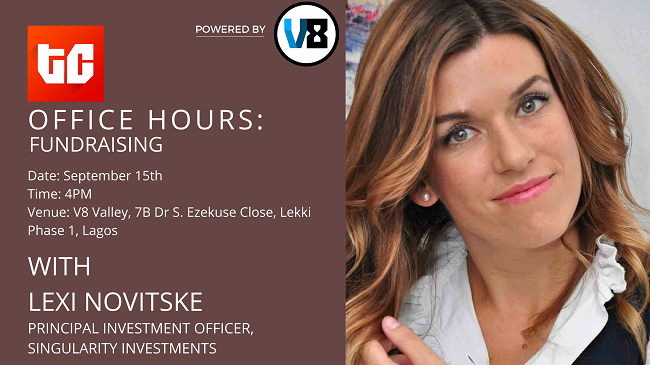