Some actors believe that Nigeria may be in some sort of ‘impact investing bubble’. This thinking is encouraged by the lack of a record of successful exits and the growing skepticism in the long-term viability of existing impact investments, according to the Global Impact Investing Network (GIIN) report on the landscape of impact investing west Africa.

Impact investments are investments made into companies with the intention to generate social and environmental impact along with a financial return.

The research conducted in partnership with Dalberg, with support from the UK’s The Impact Programme also revealed that the recurring mischaracterization of Impact Investing with [venture] philanthropy has led to difficulty in raising capital because a fair amount of local investors are convinced ‘impact investing’ implies a compromise on financial returns.

Here are 6 more facts about the Nigerian impact investing landscape:

1: Nigeria leads the way in impact investing in West Africa

Twenty eight impact investors are active in the country, including 20 non-DFI and 8 DFI investors.

Identified impact investments (which include deals made by all DFIs – Development Financial Institutions –  and 12 non-DFIs) amount to USD 1.9 billion in deployed capital across 181 direct  investments since 2005

Although the impact investing sector in Nigeria outpaces other countries in the region, the community of investors is small relative to the size of the market. Ethiopia, for example, is less than a quarter the size of Nigeria in terms of GDP, but has almost triple (58) the number of non-DFI impact investors.

4: Investors are not local

Only seven of the 28 identified impact investors have a local presence as at December 2015. This is because of the high cost of living and operating businesses in the country. Nigeria ranks 170 out of 189 countries on the 2014 World Bank Doing Business index.

5:  The TEF is the only identified truly local impact investment fund

The Tony Elumelu Foundation—funded through the personal wealth of a Nigerian national, Tony Elumelu—is the only identified impact investor that relies significantly on local sources of capital

6: Most impact investments are in the $1-5 million range

Non-DFI capital is concentrated in the USD 1-5 million range, which accounts for almost half of capital deployed. The majority of deals, however, are less than USD 1 million.

Go here to read the full report [PDF]. The West Africa impact investment landscape report is the third in a series of regional market studies published by GIIN (that seeks to address the lack of data available on impact investing in emerging economies). The first report focused on South Asia, the second examined East Africa, while a forthcoming report will examine Southern Africa. Ghanaian tech entrepreneur, Rasheeda Mandeeya Yehuza emerged the winner of the 2015 Future Awards Africa 2015 prize in technology at the event that held over the weekend in Lagos. 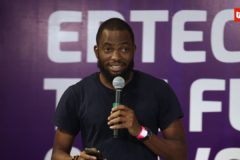 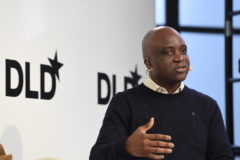 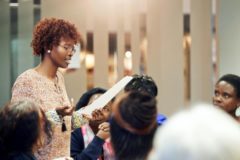 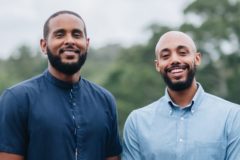 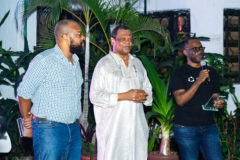