There is no co-working space in Kumasi. So these guys opened one.
Eric Mugendi
15th February 2016
Share this article

Hapaweb Solutions, an IT company based in Kumasi, has opened hapaSpace, the city’s first co-working space.

hapaSpace is located in the Dovewell Building in Adum, within the Kumasi CBD. The space has office facilities for individuals and teams, as well as a meeting room, an eating area and a training and events space.

The space will provide IT startups, SMEs, Entrepreneurs and Social Enterprises relevant education, training and mentorship opportunities that are key to helping ideas and prototypes become viable products and services.

Albert Opoku, a co-founder of hapaSpace states that the goal is to be more than just a space to work, but to build a physical community. Gideon Brefo, the Manager for hapaSpace adds that the ultimate aim is to build a strong entrepreneurship hub in Kumasi.

The hapaSpace hub will go a long way towards growing the entrepreneurial ecosystem in Ghana. However, the move to the new space was not without challenges. In Kumasi and other major cities in Ghana, the norm is to pay between 5 to 10 years rent at a go, depending on the size of the space. This meant that Hapaweb would have to pay US$ 2800-7200 in rent for a space in the city center.

The move was first mooted by Albert in discussion with Fiifi Baidoo, a co-founder of iSpace, a co-working space in Ghana’s capital Accra. Fiifi noted that there was a need for a facility such as iSpace in Kumasi, urging Albert to start one. Following this, the hapaSpace co-working space was opened on 1st February 2016.

icecairo’s focus is on sustainable and green tech. The hub includes a co-working space, fabrication lab and meeting rooms. 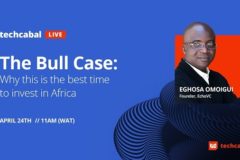 A pandemic-induced economic downturn portends troubling times for businesses, but Africa remains the best destination for smart capital. The secret, according to Eghosa Omoigui, founder and managing partner of EchoVC, is in the continent’s antifragility.  Omoigui shared his thoughts on the bullish case for investing in Africa as a guest on TechCabal Live, a live […] 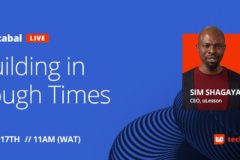 To weather the coming economic storm, business leaders will have to be decisive and think deeply about what they prioritize for their companies. That’s according to Sim Shagaya, founder of uLesson and an experienced entrepreneur in the African technology space.  Shagaya was the guest for TechCabal’s first edition of Building in Tough Times, a series […] 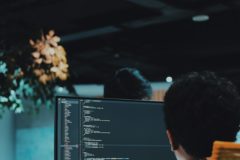 Ethiopian edtech and online software outsourcing marketplace company, Gebeya has closed a $2m seed round led by Partech and Orange Digital Ventures. Nigerian based investors, Consonance Investment Managers also participated in the round.  Gebeya is a tech talent outsourcing company which allows startups and SMEs hire IT talents remotely or in-house.  Founded by Amadou Daffe […]