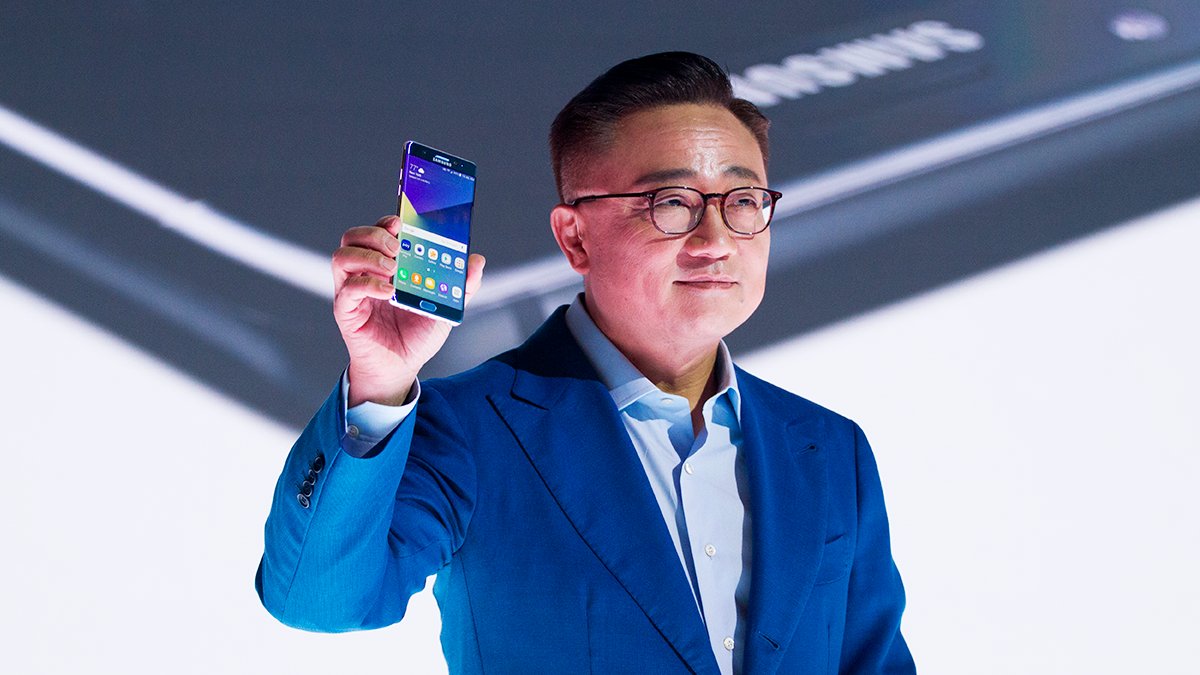 Yesterday in New York, Samsung launched the next phone in their Galaxy Note Series, the Note 7. (Note that the Note 7 is called the Note 7 and not the Note 6 because Samsung wants to bring some order into their lineup). As much as it hurts the Apple fanboy in me to say this, Samsung won the last round of smartphone wars with the Galaxy S7 Edge. I haven’t had a chance to play with this one yet, but I can tell you for free that it’s the big brother to the other phones in its lineup.

I say that because it’s almost identical physically speaking, but is a step up in many ways, from the Edge. From the curved 5.7-inch QHD (2560 x 1440) Super AMOLED screen (which, as we know, delivers the deepest blacks on the market), to the battery bump (3500mAh), to the advertised Iris Scanner (interesting, if executed properly), to the 4GB of RAM, to the 64GB of internal storage (up from the 32GB in the S7, and expandable up to 256GB via Micro SD), to quick charging and quick wireless charging, to the Exynos processor (appaz, the Snapdragon 820 version is for North America, China and Japan), to the one piece of hardware that makes a Note, a Note: the SPen. Samsung says the SPen can be used to doodle on the screen without unlocking it, translate text, take down handwritten notes, and it doesn’t stop working because of a trivial thing like water on the screen. Yes. Both the Note 7 and the SPen have a resistance rating of IP68, which is not exactly water-resistant but is more than good enough for most use cases. This means that if I was ever drowning in a freshwater lake, I could – in theory – whip out my Note 7 and start drawing a portrait of the nearest school of fish (because that’s the most important thing at the moment). I kid, I kid. It’s also got twice the number of levels as the previous iteration (4096, as opposed to 2048).

Since I started using the LG G5, I’ve felt the pinch of using an unpopular connector (USB-C) to charge my phone. One of the more exciting things about this release for me, is that because of Samsung’s sheer scale/klout, USB Type-C connectors will become much more ubiquitous. Yass. They put the same (excellent) 12MP camera as in the S7 series, and it will come running Android 6.0 Marshmallow.

The Note 7 will be available in Nigeria from September 2 in three colors, Blue Coral, Gold Platinum and Black Onyx (not a dramatic naming scheme at all) and I’m looking forward to playing with it. Seriously. More pictures after the cut. 🙂