The Central Bank of Nigeria (CBN) has directed MTN Nigeria to stop paying dividends to its shareholders as a result of the ongoing investigations into the company’s financial activities in the country.

This directive was announced at a quarterly briefing of MTN’s shareholders. In a letter to it’s shareholders, MTN Nigeria stated that, “The CBN has instructed the banks to suspend any remittance of dividends until further notice. MTN Nigeria continues to refute the allegations that MTN Nigeria had improperly repatriated funds from Nigeria.”

The company also said they will not be making dividend payments to shareholders over the next six months, and will continue to fight the allegations made against them.

In response, shareholders of the company have raised strong concerns regarding this directive by the CBN. According to them, this move is unnecessary, since the dividends are returns on investments, and as such, have nothing to do with MTN’s other financial dealings.

Sola Abodunrin, President of the Ibadan branch of the Shareholders Association of Nigeria, says,  “If the dividend has been declared in an annual general meeting, MTN has no right to suspend it. The investigation that is going on is a different thing entirely. A dividend that has been declared must be paid.”

MTN is currently under investigation, following the allegations made by Senator Dino Melaye. He accused MTN of repatriating $13.97 billion dollars illegally through its bankers, and the investigation officially commenced last Thursday.

This is not the first time MTN is having trouble in Nigeria. They only just recently concluded a long battle with the NCC over unregistered SIM cards. Not to mention the N16 billion suit courtesy the Copyright Society of Nigeria. I’m curious to see how the telecom giant is going to come out of this one. 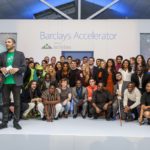