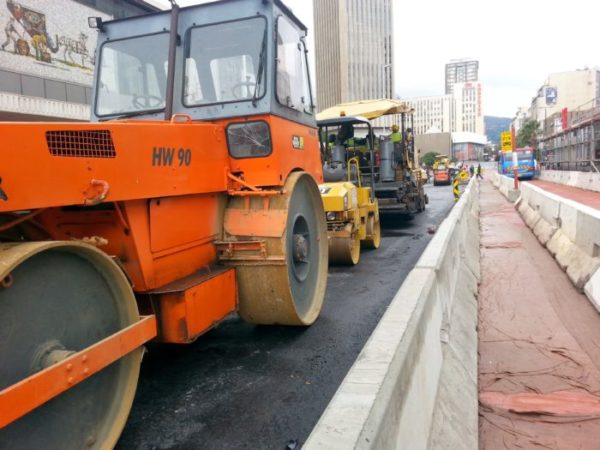 Infrastructure is still a major headache in Africa, it was estimated that $90 billion will be required annually between 2016 – 2026 in order to close the gap relative to what’s obtainable in developed countries. Access to energy, affordable housing, efficient transport and reliable communication systems still remain a luxury for many Africans. There are now initiatives like the Program for Infrastructure Development in Africa (PIDA) looking to close the gap before 2040. African nations are also depending on a combination of private sector investment, pension funds, sovereign wealth funds and their forex reserves invested offshore to quickly close the gap. There has been some progress but there’s still a long road ahead.

Plugging Africa’s infrastructure gap relative to the rest of the developing world will increase GDP per capita by 1.7%. Infrastructure investments are known to create jobs and deliver development to the under-served or rural communities. In an article, Dr. Ibrahim Mayaki (CEO – NEPAD) pointed out that “better quantity and quality of infrastructure can directly raise the productivity of human and physical capital and hence growth.” The impact of infrastructural development on innovation and tech entrepreneurship cannot be over-emphasized. Having said that, infrastructural challenges also present an opportunity for creative solutions to spring up like we’re already seeing across Africa. 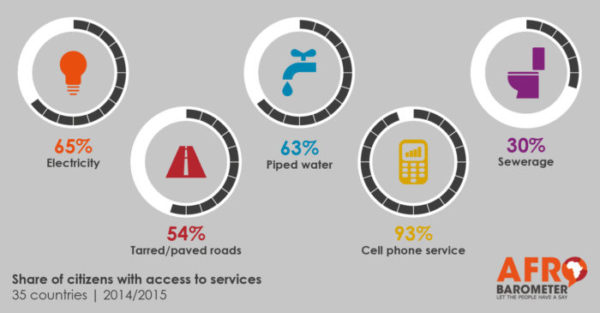 The above image provides an overview of the infrastructure issues on the continent. The largest deficits, according to Ernst & Young (EY) in its “Addressing Africa’s Infrastructure Deficit” report,  are in the areas of power and roads. In a CNN article, it was identified that the whole of Sub-Saharan Africa (800 million people) generated about the same amount of electricity as Spain (45 million people) in 2016. Only about half of the African population have access to tarred or paved roads according to a report by Afrobarometer. A Brookings study (previously referenced) puts the percentage of Africans who lack road access at 34% and says about 620 million do not have access to electricity. In the 2018 Africa Infrastructure Development Index (AIDI), only eight of the 51 African countries listed scored above average. The bottom four countries on the index were Chad, Niger, South Sudan and Somalia who scored very low, less than 10 out of 100 points.

For entrepreneurs to succeed they need an enabling environment which includes great infrastructure. Owing to the very nature of technology businesses, good ICT infrastructure is one of the things that they need for customer acquisition and growth. Many internet companies have had to close shop because they were simply unable to expand their customer base. Data costs and poor connectivity still continue to pose a problem.

It can be tough to innovate when you don’t have the inputs you need including solid infrastructure, this probably explains the low innovation density of a good number of African countries. See image below from a Google commissioned report by OC & C:

In the above diagram you will notice that the largest African economies, South Africa, Nigeria, Egypt and Algeria score very low on innovation creation. A number of factors are responsible with infrastructure being a major part of the challenge. Asides Egypt and Algeria, the other countries score less than average on the AIDI infrastructure index.

Limited ICT infrastructure implies that entrepreneurs will be unable to maximize the value of critical services like cloud computing. Cloud computing services generally help startups reduce costs and stay agile. Studies appear to link increased use and access to cloud computing to the level of innovation of a nation according to OC & C’s report. See image below: 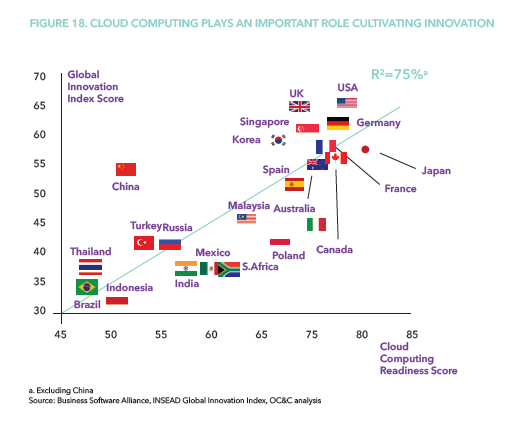 There’s also the effect of energy costs on businesses who in countries like Nigeria (and some parts of Africa) have to provide their own power. Mid-sized tech businesses in Nigeria were reported by OC & C to spend more than $7,000 monthly on power. If power problems are out of the way, entrepreneurs can reinvest the money spent in growing their businesses. Not to mention the impact of problems like poor transport infrastructure on productivity. Many times, not having to deal with basic needs like water and power can free innovators to invest in solving bigger problems and engaging in ground-breaking work.

New infrastructure projects usually present an opportunity for businesses to render their products and services. In the process of doing this, new products will be created, sometimes new businesses and industries will emerge. This will therefore increase the innovative output density by some degree.

Infrastructure problems also present a unique chance to develop innovative products and services. African entrepreneurs are already doing this. For example, we’ve seen quite a number of off-grid and solar energy startups emerge across the continent in order to address power problems. There’s Oolu in Senegal, M-Kopa Solar in Kenya, Off-Grid Electric in Tanzania among others. The off-grid solar lighting industry in Africa is expected to be worth $1.4 billion by 2024. The growth of the industry is essentially fueled by the need to take power to rural Africans.

In the E-commerce sector many businesses are having to build out their own logistics infrastructure due to the poor road networks, poor addressing system etc. These additional solutions are also potential revenue streams for these startups. The poor addressing system has given rise to startups like OkHi in Kenya and  SnooCODE in Ghana. These startups and many more like them are side-stepping the challenges that exist and even taking advantage of it where necessary.