Data Costs Across Some Major Cities In Africa 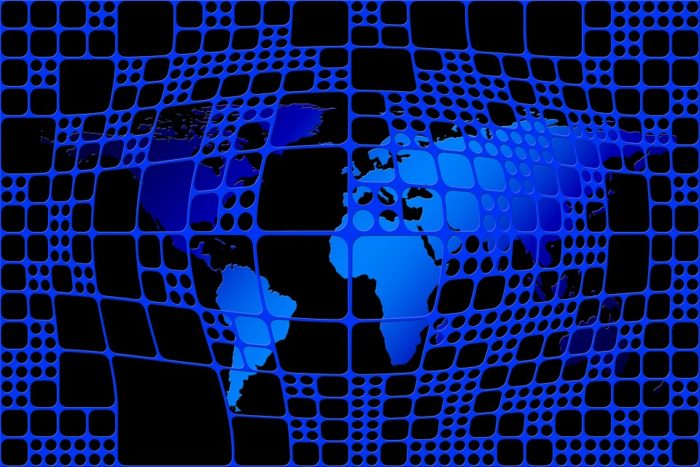 Internet Penetration in Africa as at December 2017 was 35% which is lower than the world average at 54%. Although the number has been growing due to the dropping costs of smartphones and data, data costs are still relatively high in many African cities. This is one of the reasons for the below average internet penetration.

According to the Alliance for Affordable Internet (A4AI), the average cost of 1GB across 24 African countries in 2016 was about $9. 1 GB data will probably last for 44 hours if you are just using for light web browsing per this data usage calculator. For context, about 41% of Sub-saharan Africans lived on less than $2 a day in 2012. For many, internet access remains a luxury. We examine data costs in some of the major African cities. 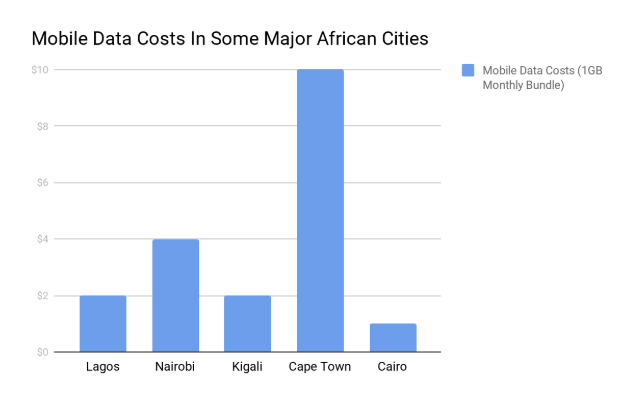 The data above calculates the average cost for 1G data bundle using the data costs by some of the major telcos in each city.**

Currently regarded as Nigeria’s startup capital (and Africa’s most valuable startup ecosystem), Lagos has the major mobile operators and ISPs located in it. One of Africa’s largest telecoms company, MTN Group offers a 1G monthly data bundle for about $3 (1,000 Naira) same as 9 Mobile. On the other hand, Globacom offers 1.6 G (excluding bonus) for the same validity period at $3 while Airtel offers 1.5 G for the same price. Wifi.com.ng offers uncapped data at $26 (9,500 Naira) monthly while ipNX provides uncapped 15Mbps fibre optic service to homes at $47 (16,800 Naira).

Rwanda is quickly becoming Africa’s innovation capital due to the government’s tech initiatives. In Kigali and other parts of Rwanda, MTN offers access to 2G data at $2 (2,000 Rwf) while Liquid Telecom provides access to uncapped 10Mbps internet for a month at $80 (69,999 Rwf) through its Hai broadband internet. Before its merger with Tigo, Airtel Rwanda offered 5G data (4G LTE) to clients at $17 (15,000 Rwf).

Orange Egypt, one of the leading telcos in the country, provides a 1.5G data bundle for a month at $2 (30 EGP) while its competitors Vodafone Egypt and Etisalat Egypt both offer 1G at $1 (20 EGP). Egypt has one of the most affordable data costs on the continent.

From the selected telcos we looked at in each city, Cape Town has the highest mobile data costs while Cairo had the least expensive data costs. According to A4AI, the cost of 1GB mobile bundle in 2016 represented about 2% of Gross National Income (GNI) in Nigeria, 4% in Kenya, 8% in Rwanda, 2.5% in South Africa and 0.5% in Cairo. As data costs drop and more Africans access the internet, it is expected to contribute 10% to Africa’s GDP far from the 1% contribution in 2013.

**A4AI recommends that it might help to assess affordability using other price points asides the 1G data bundle.