Fantastic Francophone African Startups And Where To Find Them 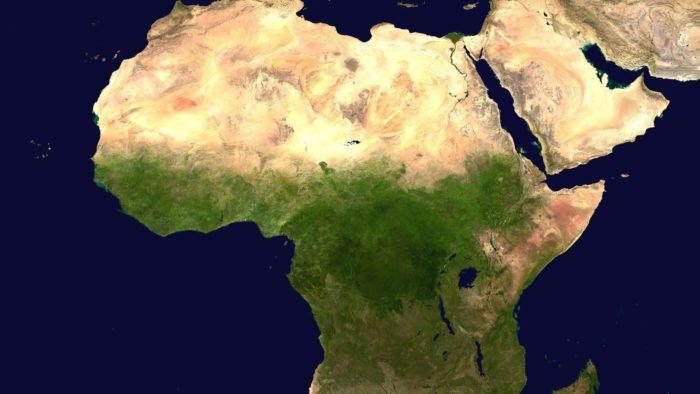 From Tunisia to Cameroon, startups in Africa’s french speaking region have already raised more than $6 million within the last one year. CoinAfrique and Oolu are leading the pack with each pocketing more than $3 million in funding. Founders like Raquel Wilson, Churchill Nanje and Jimmy Kuassi Kumako are some of the innovators putting the region on the global map. While a large number of the startups in the region are focused on agriculture, power and fintech, there are also startups innovating around artificial intelligence and internet of things.

Here’s a list of some of the interesting startups we found in Francophone Africa:

MBoni is an addressing system that allows individuals find and share their location using a six-character code.  Founded in 2016 by Joane Setangi, the startup helps navigate the difficulty that is finding an address in many African countries. The startup is based out of the Republic of Benin.

Botamp is a Beninese marketing platform that helps businesses build campaigns on Facebook messenger. Since everyone and their cat is on social media, what better way for businesses to grow their audience and revenue?

In 2014, more than 600 million Africans lacked access to electricity, PowerOn is looking to reduce the number starting with the Republic of Benin. It is providing power to remote communities through grids. Founded by two former NGO employees, Tristan Kochoyan and Louise Abalounorou, it provided electricity to a community of 3,000 people in a Beninese community called Igbere. The power grid supplies at least five hours of electricity everyday to the community.

Cinet Pay is a mobile payment gateway based in Ivory Coast. The startup helps online and offline merchants collect money from customers. Given that payment is still a major problem in many parts of Africa and there’s still a huge number of unbanked people, this startup is critical to those looking to do business in Ivory Coast.

Africab is an on-demand transport platform in Ivory Coast launched in 2016 with its own fleet of branded vehicles. As at September 2016, the company had a monthly turnover of about $107,000. The company launched with a $1.6 million fund including banks loans totalling $1.4 million.

All over the continent drones are gradually becoming an important element in the innovator’s toolkit. Aboubacar Karim’s Investiv Group is an agritech startup in Ivory Coast that uses drones to help farmers increase production. Farmers can determine the size of a land, perform pre-farming studies and also investigate farms affected by diseases.

Solarpak is an Ivorien solar energy startup that provides a backpack embedded with solar panels. The backpack is targeted towards students. This solution is a life saver for these people given how difficult it can be to study without power. Students can charge the panels during the day when they are in school and then at night they can connect the LED lamp to the battery with a USB cable.

myAgro is a Malian fintech startup that allows farmers save money to buy seeds and fertilizers using their mobile phone. Farmers can start saving by purchasing a prepaid scratch card at the local store. The cards cost between 50 cents to $50. In order to deposit the money into their layway account, farmers will need to text the scratch card code. Sixty-percent of its clients are women which highlights its impact on Malian farmers. For context, majority of smallholder farmers in the developing world are women.

CoinAfrique is a classified website that connects buyers with sellers. The startup has more than 150,000 users and locations in Togo, Ivory Coast and a number of other places. It raised its latest funding round from investors including Investisseurs & Partenaires (I&P), French Partners and Mercure International.

When a local shopkeeper in Senegal poured oil over his bookkeeping notebooks destroying them, Pierre Gancel decided to create a mobile app called Weebi. The bookkeeping app is targeted towards small businesses and it comes pre-installed on a 3G Android tablet.

Off-grid solar company Oolu was founded by Nilmi Senaratna and Daniel Rosa in 2014. The company provides off-grid solar panel and battery kits to individuals on an affordable financing plan. Between 2017 – 2018 Oolu has raised more than $3.2 million including an undisclosed amount from GAIA Impact Fund.

Founded in 2015, MaTonTine is a fintech startup in Senegal which provides loans to individuals through a peer-to-peer savings network. The startup won the Seedstars Senegal 2017 pitch competition and has raised $800 000 in grants and convertible debt, including a £250 000 grant from the GSMA Accelerator Fund.

Sunubus is an AI powered and crowd-sourced bus tracking platform. Users can get information on the arrival and departure of a bus in Dakar and also track it in real-time. Additionally, it also rewards users for sharing information on the location of a bus. The startup was the 1st runner up in the 2018 Expresso Innovation Challenge backed by Expresso Telecoms.

In 2016, Bamba Lô launched geolocation delivery company Paps. It helps businesses like restaurants, laundry, supermarkets, etc. manage their deliveries. The startup was the winner of the 2016 Orange Innovation Challenge. Paps currently has about 50 corporate clients representing 60% of its turnover. The startup processes about 200 delivery requests daily in Senegal.

Cameroonian startup Njorku is looking to tackle the unemployment rate in the region by making it easy for people to find jobs. Churchill Nanje founded the startup in his bedroom in Buea. The self-taught programmer learnt how to code by hanging around cybercafes. Today, the 32 year-old has built one of Africa’s largest jobs sites covering about 9 countries.

Based out of Cameroon, MaiBeta is an on-demand platform for hiring artisans. Founded by Bamai Namata in 2015 after he found it difficult to find someone to fix a leaking sink about a year before. The startup also works with partner organizations to train its artisans.

GiftedMom is a mobile health solutions focused on maternal and infant health. The platform currently has about 70,000 users and is working with 56 health service providers. Based out of Cameroon, it provides maternal education and also assists with booking appointments.

This classified ads platform focused on Francophone Sub-saharan Africa was founded by Nino Njopkou in 2008. It already has more than 1 million visitors since it was launched. Kerawa finalized a deal to merge with another classifieds site Afrimalin.com in February 2018.

Zoomed is a car security system built by Zuoix that leverages the use of SMS. Users can track the location of their cars and immobilize it via SMS. They can also receive useful alerts like power alert, ignition alert, over speed alarm etc. Users can pay more to get in-depth analysis like theft prediction, fuel consumption etc.

Fritz Ekwoge first learnt how to code on a TI-82 graphic calculator in 1998 which began his journey to founding Cameroon-based FeePerfect in 2010. FeePerfect is the company behind Feem, a local file transfer app. The app allows users transfer files without the internet and encrypts all local transfers with TLS.

With the recent Tunisian startup act, it’s an exciting time for local startups like Incept. The startup uses augmented reality, holographic solution and artificial intelligence to create experiential digital technologies and solutions. As an example, the startup has a product called Holopyramid which can be used to showcase products at conferences and events.

There’s also Chifco an IOT startup that provides a platform individuals can use to connect their equipments to the internet.

Francophone Africa is seeing an increase in the number of startups despite the low internet penetration in many of the countries. The region is already drawing attention with Partech Ventures and Orange Digital Ventures, both venture capital companies, setting up their Africa operations in Senegal. There’s still more to do to get Francophone Africa buzzing with more activity but it is definitely not missing in action in the global innovation story.