How Kenya Is Flying The Hardware Flag In East Africa 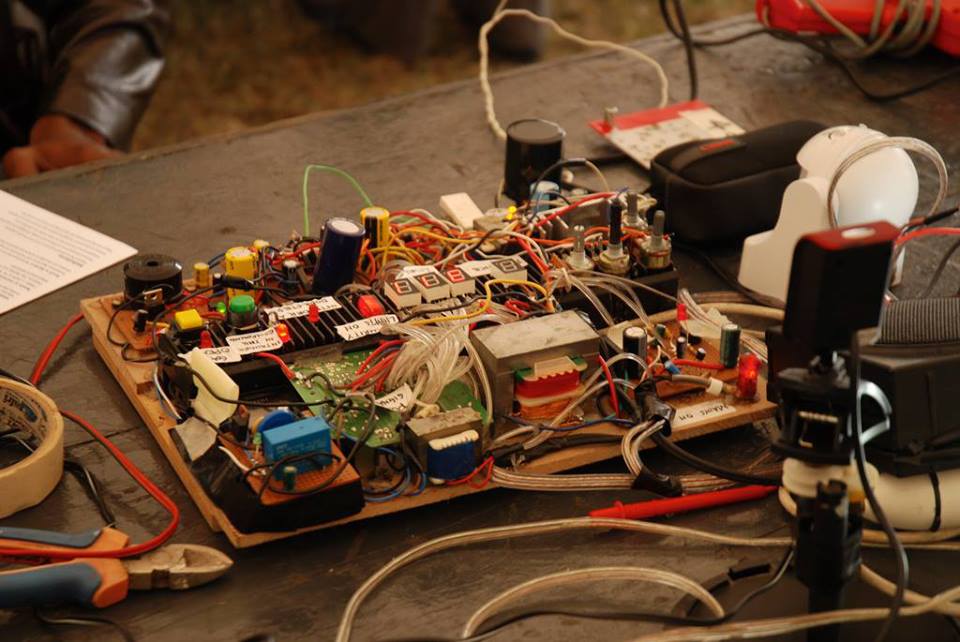 A few months ago, I published an article on the state of Hardware in Nigeria. In writing that article I spoke to a number of hardware entrepreneurs in Nigeria and there was a common statement: look at what the Kenyans are doing.

So I did just that – I researched publicly available information about Kenya’s hardware space and reached out to some stakeholders for better context on what’s happening over there. And there are quite a few interesting narratives, mostly centred around Kenya’s first open maker space – Gearbox.

Pre 2012/2013, finding prototyping equipment was incredibly difficult. The closest thing to a makerspace was the FabLab at the University of Nairobi’s Science and Technology Park – led by Kamau Gachigi at the time. Same went for access to capital and hardware expertise which meant that entrepreneurs and enthusiasts had to make their prototypes overseas and ship them in – a process that was both expensive and time-consuming.

Erik Hersman, founder of Kenya’s first innovation hub iHub (where Gearbox was originally housed), said, “I remember trying to get some two 3D cases built in Europe and shipped in to Kenya.  In Europe it would take $15 and 2 days. To get it to Kenya it cost $100 shipping, $115 duty, and 2 weeks to clear customs.”

Those were not the only problems hardware entrepreneurs and enthusiasts had to deal with too. In this 2016 article, Daniel Hsu, Director of Partnerships at VC firm Village Capital had this to say about challenges facing hardware innovation in Kenya: “At first sight, it would seem unlikely for any formal industry to develop here given the ubiquitous corruption, high crime rates, underdeveloped infrastructure, and other challenges.”

All of these challenges made doing hardware in Kenya very unattractive and activity in the space was pretty much muted until 2014/2015 when Gearbox was started as a rapid prototyping lab for anyone trying to build new hardware in Kenya.

Launched in 2013 as a partnership between Sanergy, Ushahidi, BRCK, Knowable and Mobius Motors with MIT as educational partners, Gearbox provided access to various prototyping tools like 3D printers, laser cutters, CNC machines, and gave people the skills to build their own circuit boards.

Now an individual entity with its own [larger] space, the hardware hub is home to some of the most interesting hardware startups in Kenya and is run by Kamau Gachigi, former head of the Science and Technology Park (where the FabLab is situated) at the University of Nairobi.

Through a partnership with SOS and Safaricom, Kenyan entrepreneur Ciiru Waweru takes 30 kids for a four-week holiday creative thinking programme at her FunKidz factory in Kenya’s Kikuyu, Kiambu county. Funkidz Factory is the first maker space for children in Kenya.

According to Erik Hersman, who is also CEO of hardware startup BRCK, overall interest in hardware spiked in Kenya post-Gearbox.

“Since those times back in 2012/13, the interest in hardware has increased, meaning there are more people trying and doing it, and we’ve seen a subsequent increase in the number of companies as well as the investors looking to put money into hardware-related companies,” he said.

Here are some interesting hardware startups I found in Kenya:

Micrive Infinite: With the aim of improving the outcomes of reconstructive surgery using 3D printing, this startup works with oral and maxillofacial surgeons by providing them patient-specific, anatomically accurate 3D printed models.

Koko Networks: Although it didn’t originally start out in Kenya, the last mile energy startup has a sizeable Kenyan operation. It builds and deploys dense networks of cloud-connected “KOKOpoints” inside local corner stores, which serve as consumer access points for goods and services delivered in partnership with major suppliers.

In 2015, the Kenyan government passed the Special Economic Zone Act (pdf) opening the doors for special business areas with favorable policy environments for investment and innovation.

On the role of the government and policy, Erik said: “As far as the government goes, there isn’t a lot of extra help provided, but there is an indication that this is an important area for them.  If you think about it, places like Gearbox are the onramp to a larger manufacturing industry, the companies that are small startups today can be tomorrow’s large employers and revenue generators in the economy. To that end there has been support in general, and we hope to see a more favorable regulatory environment emerge, especially around the importation of components and equipment for this industry.”

Erik also told me the funding landscape for hardware startups in Kenya has also changed dramatically in recent times: “The funding scene has improved dramatically over the last 5 years.  There’s still a bit of a premium to pay for being in hardware instead of software for investors, but the products that are coming up have started to look interesting for them.  What we’re seeing is that startups who create a service and integrate some type of hardware will get funding, but others who are just trying to be a hardware (product) company still struggle for investment.”

Across East Africa, it’s safe to say Kenya is leading the hardware race. The hope is that the same (and even better) can become reality across Africa with investment by all stakeholders in the right equipment, regulations, and talent to push African maker culture beyond where it’s currently at.