Who Is Doing Hardware In Nigeria? 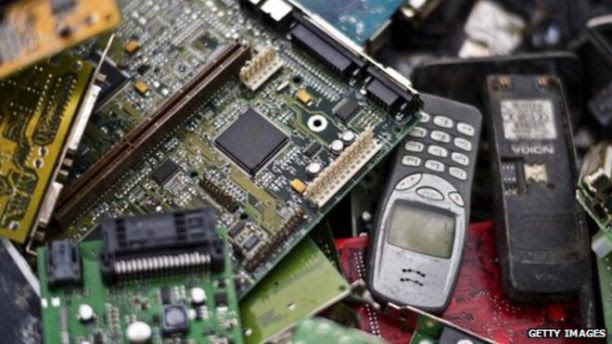 As Nigerian kids, everyone knew at least one person that would tinker with their toys, build cars out of bottle covers and sardine cans or build cardboard houses. Everywhere in Nigeria, there are people making stuff all the time. When it comes to the tech ecosystem in present-day Nigeria, hardware is often the forgotten half brother (when was the last time you heard about ANYTHING in the hardware space?). You never hear of funding rounds, innovations that are making meaningful impact or fancy products.

Obviously, these things are happening even if they are few and far between. Outside of Hardware Lagos, which is currently not holding any events, there are no other hardware-focused meetups – neither is there a discernible community. There is also no dedicated coverage and mainstream platforms would rather celebrate the occasional “solar car” or “maize planting machine”.

In writing this article I spoke with hardware entrepreneurs and enthusiasts, and I found out a lot of interesting things. You see, hardware is hard to do anywhere. Period. It is a very iterative and capital intensive area that requires long-term commitments, more often than not. Couple that with the Nigerian factor (lack of infrastructure, inherent cultural distrust, little or no investment etc) and it becomes especially hard for Nigerian hardware startups to scale, innovate and populate the space.

GRIT Systems was CcHub’s first IoT portfolio company and the first Nigerian hardware startup (that I could find) to receive funding. They seem to be relatively lowkey but they do have a product – the G1, a smart meter that track energy consumption.

Microscale Embedded is an Abuja-based hardware company that makes Automatic Change Over (ASO) switches, a system that lets you remotely control certain devices in your home, a cash register in beta, and an Attendance/Access Control and Verification System. The company also helps maker entrepreneurs who may not have the tools/machinery to fabricate or prototype their ideas build and develop products.

Elephab has raised an undisclosed amount of money for US-based Beta Ventures and is an alumni of the GE Lagos Garage. The startup doesn’t make a product instead focusing on making 3D-printed replacement parts. Elephab is based in Lagos.

Lagos-based VNTS is an interesting company that makes sockets that let you transmit high-speed data with any existing electrical cables in any building, anywhere. This company is particularly interesting because its solution is scalable globally.

8-year old Tranos Contracting is one of the bigger (if not the biggest) hardware companies in Nigeria at the moment by product line (outside of Innoson). The company makes Diesel Generators (and hybrid versions too), corrosion resistant enclosures, a range of automation control systems, and integrated power distribution products. I am also told they have precision injection moulds over there as well.

Webber Engineering was founded in 2010 by Opeyemi Babalola, but officially kicked off operations in 2015. The company currently makes sheet metal luxury designs for residential/official buildings and basketball hoops for the Nigerian Basketball League, schools and other customers. It is also possible that it has the only plasma cutting machine in Nigeria, if not at least West Africa (people in the hardware space seem to think this but I have no way of verifying).

Lagos-based Nerd Shed is not a hardware company per se but instead an e-commerce website for hardware. Basically things like Raspberry Pi Cameras, sensors of different kinds and Arduino modules which makers typically use in building products or prototyping stuff. They deliver too.

Fasmicro received a N10 million grant from Western Union and USAID in 2015. The Owerri, Imo State-based company offers advisory, training and design services across Africa on Microelectronics, Embedded Systems and Embedded Mobile development. The company also makes the Zenvus, a suite of products that includes a smart soil sensor with companion app, a camera that models the vegetative index of crops, and an API suite for the former two.

Compared to software startups and companies, the hardware space is relativity small and underdeveloped. You can find more startups/companies doing great stuff here, thanks to Chuma Asuzu of Hardware Lagos (and Involute) for the hookup. Be sure to populate the list with any other hardware startups you know.