A conversation with a Bolt driver in Cape Town 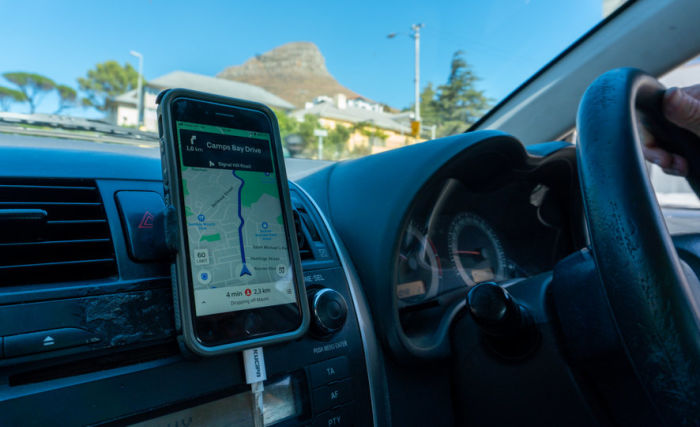 On my flight to Cape Town to attend the Africa Tech Festival, I sat next to two ladies happily indulging in the airline’s complimentary sour drinks. Seeing as it would be my first time in Cape Town and they sounded like native Capetonians, I asked them—as an ice-breaker— which ride hailing app they’d recommend  for transportation around the city.

Almost simultaneously, they both recommended Uber, citing Bolt’s unreliability and numerous safety incidents as the reason for their pick. So when I landed at the Cape Town International Airport at around 11:30 pm, I immediately tried to download the Uber app, with no success. My only option was Bolt.

The ladies’ words about Bolt’s issues were still echoing in my head but I was exhausted from my flight and just wanted to get to my hotel, so I registered on the Bolt app in what was a surprisingly smooth signup process. I figured I would be safer with Bolt than with a random untraceable airport taxi, as I had read one too many boogeyman stories about South Africa’s alarmingly high crime rates.

In the airport hallway, I confirmed my trip booking and proceeded to the parking lot to wait for the driver. With a tight grip on my luggage and constantly scanning my surroundings, I waited. After about 5 minutes, the driver arrived, much to my relief. However, I was still concerned for my safety because of the review I had gotten about Bolt on the flight.

After putting my luggage in the boot and settling comfortably in the back seat for safety reasons, per the app’s suggestion, I proceeded to forward the trip details to my family WhatsApp group as a precaution in case Bolt’s safety issues materialized on this particular trip.

The driver introduced himself to me as *Arkida Darwisha, a middle-aged Tanzanian immigrant who had lived in South Africa for 22 years. The first question he asked me was why I decided to order a cash trip so late at night.

Confused, I asked him what the problem was with that. He explained that cash-paying passengers at night, especially those going to township areas like Khayelitsha, had a tendency to not pay for their trips when they got dropped off at their destinations. According to Arkida, the situation had gotten so bad that it was now an unwritten rule among Bolt drivers to never confirm cash trips at night.

He cautioned me against doing that in the future, further explaining that the only reason he confirmed my ride was because I was going to a hotel in the “fancy” part of town, the CBD, and so he figured I probably wouldn’t try those shenanigans. I silently appreciated the faith he had in my morality. Grateful for the advice and seeing that Arkida’s intentions were not to rob me of all my belongings and—best case scenario—abandon me in the middle of nowhere, I loosened up a bit and started chatting with him.

Since the Uber and Bolt strikes in Cape Town in August, I had been interested in the business of ride hailing in South Africa. In fact, I had a pitch I had been trying to get off the ground for a while with no success, much to the annoyance of my editors. I figured this was a chance to get some insider info on the industry. And wow did I get info.

When I asked Arkida what his thoughts were on the strikes, he stated that he couldn’t care less about those, because he and other drivers had an alternative way of making sure Bolt paid for their predatory commission cuts.

According to Arkida, the modus operandi was simple: when a driver got a cash ride order for a long trip to a respectable part of town, they would confirm the order, pick the customer up, and then “cancel” the trip on the app. That way, the driver gets to keep the whole amount paid by the customer and not pay Bolt a commission cut.

Arkida justified this “cheating” by stating that apart from taking a hefty 23% commission cut in South Africa, Bolt also had a tendency of inconveniencing drivers by giving customers discounted rides without the driver’s prior knowledge. The driver would then have to wait more than 5 business days to get the difference from Bolt, which could be a headache when the driver desperately needed the funds for fuel or car servicing, for example.

I then proceeded to ask him if canceling many trips would not affect his rating on the app or get him kicked off, to which he replied that he made sure he only did it once in a while for valuable long haul trips, which keeps his profile clean.

My conversation with Arkida turned to other topics like the high cost of servicing his car compared to how much he was making from driving on Bolt, the lack of compensation for trips canceled by customers which cost him a lot in fuel, as well as the competition from Uber and metered taxi drivers. All his complaints seemed to form a one point–justification for finessing Bolt out of its commission cut.

As we got closer to my destination, Arkida gave me some tips for enjoying Cape Town during my stay. He recommended taking night strolls on Long Street and visiting the assortment of clubs there; and checking out some affordable spots at Sea Point and taking the open-top tourist buses for some nice views of the city. Much to my relief, he assured me that the city center of Cape Town was relatively safe and I was most probably not going to encounter any crime issues.

When we got to the hotel, he helped me offload my luggage from the boot and bid me farewell, giving me his number in case I ever got stuck at night and couldn’t get a Bolt ride (I later found that rides are hard to get on busy weekend nights).

After more friendly chatter, we parted ways for the night. When I got to my hotel room and connected to the Wi-Fi, I saw on the Bolt app that my ride cost R0.00, which meant that Arkida had canceled my trip and pocketed the R150.00 I paid for it, plus the R50.00 tip. A profitable night for him and an unaccounted-for R200.00 expense in my per diem.