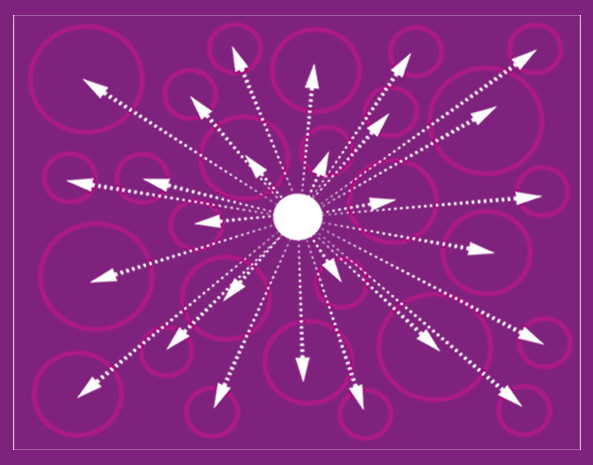 APIs are the things that allow software programs ‘talk’ to each other. They are what let you order an Uber from inside the Google Maps app, share an article on LinkedIn, use your banks’ USSD code, pay for a laptop you bought on Jumia using M-Pesa and share your Taxify trip details with your friend on WhatsApp. APIs, depending on what they are built for, can stand alone on their own and integrated with other services to improve them or offer a different dimension to that services’ offerings.

Today’s demand for data integration (we increasingly want to have all our data/information in one place) is driving companies, startups and entrepreneurs to break down software components into what is known as microservices. You can think of them as bricks (like USSD APIs, locations APIs, SMS APIs and so on), which can be added to other bricks to form a house (a full-blown service like .

This is where the ‘economy’ part comes in – because businesses are able to meet the needs of specific groups of customers without having to rebuild software by leveraging on APIs built by other businesses. Fascinating, right? The space is growing too: in 2006, there were fewer than 400 APIs available publicly. By 2016, there were more than 15K public APIs, 40 new ones were being made every week, Salesforce was generating 50% of its revenues via APIs, and 60% of eBay’s revenue at the time was also from APIs.

What does the API economy look like in Africa?

In Africa, with the exception of companies like Africa’s Talking, Flutterwave, M-Pesa and Paystack, the API game is ruled by the telcos who allow startups building mobile services connect their APIs in building new products. According to this 2016 GSMA report, the most useful local operator APIs for startups in Africa are messaging (SMS, USSD), billing (direct operator billing), mobile money, and location APIs.

While African telcos have the critical APIs which can help startups build better solutions, they have been known to not be the most forthcoming where their APIs are concerned. Entrepreneurs have complained about unfavorable terms and exorbitant charges/untenable revenue share models by telcos.

“On every ten naira made using my service, the operator takes seven naira leaving us with just three naira out of which we will still incur other expenses including royalties to owners of content being sold on our platform,” one startup founder told Ventureburn. “I would rather manage 3000 users that pay me fully than 100,000 potential users that I will only get 20% of earnings after struggling to agree to strenuous inconceivable conditions.”

There are exceptions to this though: Orange has opened its SMS API since 2015 (it’s available in 7 countries Orange operates in), Airtel Malawi’s operator billing API has been commercially available since 2016 and in Zambia, MTN partnered with BongoHive to provide developers access to its APIs. MTN Zambia is also one of the first MTN units to make their APIs publicly available.

What are the factors/elements enabling the African API economy?

In a sense, the biggest enablers of the African API economy are also the biggest hurdles it faces.

Growing mobile broadband and phone penetration rates on the continent means the market size keeps increasing at the bottom of the pyramid. However, smartphone penetration is still low (compared to other parts of the world) which means the upper segment of the market is yet to be unlocked.

This means startups can access new end consumers by leveraging on SMS, USSD, direct operator billing, mobile money, and location APIs to provide better value/service to them. On the other hand, founders and companies building solutions cannot build APIs because there isn’t a big enough market to fully maximise capabilities of said APIs.

Investment is also another huge enabler of the African API economy. API firm Africa’s Talking recently raised $8.6 million dollars while startups like Paystack ($1.3 milion), Flutterwave ($10 million) and TravelStart ($40 million) have all raised significant funding. This shows that investors are aware of the opportunities within the space.

How does Africa go from here to an API-rich economy?

It will take a lot of work and collaboration to make it happen. As it stands, telcos need to collaborate more with startups to deliver more value to end users. I say telcos because they are the ones with the wherewithal, access and financial capabilities to lead the charge.

Telcos need to partner with startups for innovation instead of competing with startups by offering services that are similar to what startups are offering. Beyond that startups, telcos and other players in the ecosystem need to work together to make APIs public which will create a cascading effect leading to new revenue streams.

For now the African API economy is still in its formative stages but it holds immense potential – for consumers and the tech ecosystem as a whole. We’ll be keeping an eye on interesting developments in the space. 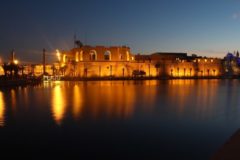 Despite a 2011 civil war that left the country in a bad shape economically and politically, a new crop of entrepreneurs are emerging with solutions to some of Libya’s pressing problems.