Beyond The Civil War, Libya Has An Emerging Startup Ecosystem 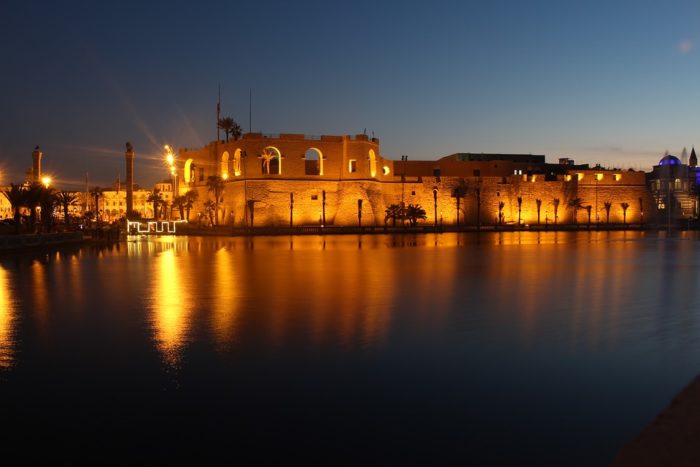 Inspired by the Arab Spring which started in Tunisia, anti-government protesters took to the streets in Benghazi in February 2011. This was the beginning of what is now popularly known as the First Libyan Civil War. The protests turned violent as police opened fire on those involved, the events of that day eventually led to the death of President Moammar Gadhafi in October 2011 after he was captured and killed by rebels.

In recent times, Libya was in the news for the slave trade that was happening there. Migrants and refugees stuck in detention centres in the country were being sold at auction. While Libya is known for the civil war in 2011 and the slave trade uncovered in 2017, there is a crop of entrepreneurs who are changing the narrative and building the country’s future. From education to mobile commerce, startup founders are defying a difficult political and economic climate to develop solutions to some of the nation’s challenges. In this article, we’ll take a look at some of these startups (majority of whom participated in the 2018 Seedstars Tripoli Competition).

Elham Education provides technology based education to teenagers to make up for what they are not learning (e.g. digital skills) in a good number of Libyan schools. It provides trainings in website development, game development etc. and also furnishes them with soft skills training. The startup was founded by Mallek Ajaj in 2016 and won the 2018 Seedstars Tripoli pitch competition.

There’s also She Codes a social enterprise which trains girls and women to code. The Benghazi-based organization is targeting young children under age fifteen who make up one third of the Libyan population.

Founded by two women who met at a civics training course in Tunisia, Yummy connects home-based female chefs with customers. It makes it easy for home-based food entrepreneurs to find customers and will deliver the food them. The organization is based in Sebha, a city in Southern Libya.

Lisan is a team of four electrical engineering and marketing graduates including Faisal Rugrug who created a prototype of a device that can translate elements of sign language into speech. The team was one of the finalists at the Enjazi Startup Competition. The team decided to develop the solution when they saw the difficulty some hearing-impaired customers had in placing orders at a cafe.

Created by a group of young programmers including a 14-year old, Sinbad is a mixed board game-and-app that teaches players the basic principles of entrepreneurship. It challenges players to create new business ideas. The Tripoli-based startup is led by Mahmoud Abugrin (CEO), Aymen Habbouch (COO) and Shaker Algubtan (CTO).

Another food delivery startup, Wajabat Online helps restaurants and other merchants sell and deliver food to customers. The startup is based out of Benghazi.

Ematec provides an integrated electronic system for health institutions. The system caters to both administrative and medical personnel.

This platform enables startups raise funds to support their businesses. Raising money from traditional sources can be tough especially for newly launched start-ups, this platform hopes to help them scale that obstacle.

Techneon Group is a game development company in Libya. The Tripoli-based company was founded in 2017 and seeks to incorporate the Libyan culture into its games. Its flagship game Nitro Bus is currently in beta.

It can be difficult for housewives and women working from home to get access to market, enter HomeMade a platform that helps them sell their products.

Some other notable projects by young Libyans include the one from Asem Ali who built an electricity-generating plant using recycled waste. There’s also Hussein Kafu who was working on an antidote for scorpion stings by extracting the venom of the animal. He won a grant of $3,578 at an EU sponsored competition in 2017. One notable entrepreneur is Tameem Eddeeb, who is a Co-founder at Future Apps for Mobile Apps Development and Seedstars Ambassador in Libya. Future Apps’ CEO is Ziad Elhajjaji.

Some Other Ecosystem Players

Asides start-ups there are other ecosystem players working to grow the entrepreneurial culture among young people in Libya. One of such is Tataweer Research an organization that invests in start-ups and innovative ideas by young Libyan entrepreneurs through capacity building and development programs. The company together with the MIT Enterprise Forum organized the Enjazi Startup Competition part of its three-year program to build the entrepreneurial ecosystem in Libya. This year the Seedstars Group held its first competition in Tripoli for Libyan start-ups, which gave the winner (Elham Education) an opportunity to participate in the Seedstars World Pitch with a chance to win $1m. There’s also BYTE (Benghazi Youth for Technology & Entrepreneurship), a project aimed at promoting technology leadership and innovation in Libya. BYTE trains young people to get started in the tech industry and also provides a platform for them to launch their ideas. Additionally, there’s MEDA an international organization working with USAID to provide Libyan women and young entrepreneurs with training, mentor-ship and access to funds. There is Hexa Connection, a Libyan nonprofit organization, focused on advancing technological development in Libya. The organization has held events such as Libya Blog Initiative, IEEE Day, Africa Code Week and Hour of Code. As regards incubators, there’s a business incubator at the Tripoli University. The project is a partnership between the University and the Tripoli Business Incubator Center which is part of the Libya Enterprise, a government entity responsible for supporting SMEs in Libya.

No doubt the civil war and the war against ISIS have left the country in a very bad shape economically and politically. A USIP Fact Sheet acknowledges that the country remains in a chaotic state with the UN-backed government struggling to exert control over territory held by rival factions. Terrorist groups and armed militias are taking advantage of the unrest to use the nation as a base for radicalization and organized crime. Despite these challenging scenarios, Libyan entrepreneurs are showing that with very little they can build solutions that address some of the nation’s pressing problems. As the economic and political climate improves, the country’s startup ecosystem will be one to keep an eye on.