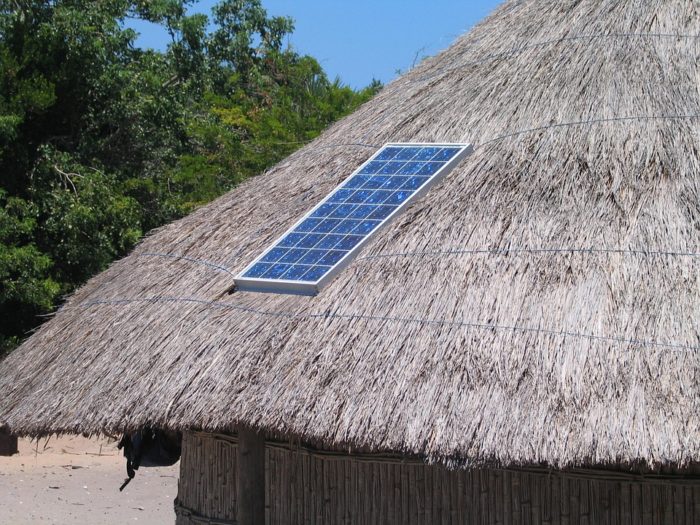 Since 2008, off-grid energy startups operating in Africa have raised no less than $874 million. This amount is spread among 24 out of about 48 startups we researched. This year alone solar startups have already raised about $196 million. There has been an upward trend in investment since 2013, except 2018 which is far from over. Investment in the sector has grown at an average of 713% over the last five years. For a bit of comparison, Partech Ventures recorded that off-grid tech startups raised about 36.6% out of a total funding of $366.8 million. This was the highest for any sector in 2016 with the closest being fintech with 19%. Clearly, investors are increasingly betting on the off-grid energy sector, the question is why?

Market Potential
There are about 1.1 billion across the world without power and more than half of them live Africa. In 2014, 82% of those without power in Africa resided in the rural regions while the rest lived in urban centres. The number doesn’t seem to have changed much today. Although the individual consumption levels of rural Africans are low, the huge number of people without power presents a business opportunity. There are currently about 130 million households in Africa who depend on energy sources such as charcoal, kerosene, lanterns, candles and other fossil fuels. These people are willing to pay for a switch to clean energy. As population grows the number is expected to increase. “Africa is the last place on earth with a billion people living mostly off of an electric grid, with too many living under $5 per day, with known solutions to help all of them pull themselves out of poverty if only for some outside investment, ” Luni Libes (Managing Partner at Fledge) said.
Additionally, energy demand in Africa continues to grow and is expected to triple by 2030. The power sector needs an investment of about $70 billion per year on average between now and 2030. $45 billion out of the total annual investment required will to go energy generation capacity with renewable energy expected to take about 33% of the amount i.e. about $32 billion per year.

A good number of investors in off-grid energy start-ups are impact investors. Take an example the UK’s Africa’s Enterprise Challenge Fund which gave $1.6 million to Kazang Solar to reach 7,000 homes in Zambia with clean energy. Impact investors are aligned with the sustainable development goals specifically Number 7 which focuses on increasing access to affordable and clean energy. “A lot of the money going into the sector is what you call patient capital. Investors are doing it because they believe in it and are passionate about the social problems solar startups are addressing,” Uvie Ugono (CEO Solynta) told me.

Dirty sources of energy are generally known to be harmful to not only humans but also the planet. Energy accounts for 60% of global greenhouse emissions making it the dominant contributor to climate change. Research by GOGLA shows that solar home systems improve quality of life in three areas; safety, health and education. Well lit up homes means less accidents due to tripping in the dark or potential fire accidents from things like kerosene lamps. Solar lanterns also means that children have more time to study and do their homework which could consequently affect their performance in school.

Speaking about its recent investment in Oolu Solar, Guilhem Dupuy (Investment Manager at Gaia Impact Fund) highlighted the social impact of the startup by saying “Oolu’s work ensures these communities are no longer left behind, and we expect our investment to play an important role…so that more underserved customers can benefit from life-enhancing solutions“.

Solar home systems are now known to stimulate an increase in economic activity for its customers. They help customers spend more time at work, generate extra income and in some cases to get a new job. A solar latern enables a trader keep their store open for extra hours at night. Solar chargers also meant they could keep their phones charged thereby lasting longer. Rural dwellers with solar home systems spent lesser time getting kerosene or batteries. A number of customers also generate revenue by charging phones (with solar charges) for a fee and also showing solar TVs at a fee.

These economic generating activities means customers can afford to buy more solar systems, they can essentially go from a solar lantern to a TV. 80% of customers surveyed by GOGLA expressed a desire for additional solar appliances especially bigger ones. This in turn means more revenue for solar start-ups.

Majority of the off-grid energy start-ups in Africa are focused on serving rural communities with solar systems including lighting systems etc. The lower cost of the devices compared to mini-grids and large scale projects means that it is easier to scale an off-grid energy start-up. While the initial customer acquisition efforts might require physically visiting the rural areas, once contact is established an off-grid startup can potentially sell several devices within a short period given that the target customers reside in communities.

Innovative financing solutions such as the Pay-as-you-go model means that the barrier to adoption has significantly reduced. This has put solar systems within the reach of many more rural Africans. According to GOGLA, the PAYG model has been a major catalyst for investment in off-grid solar startups. 85% of the funds raised between 2012 to 2017 were received by PAYG businesses. The sales of PAYG solar home systems grew at an annual average of 140% between 2013 – 2016. 80% of the solar home systems sold were PAYG ones. “Companies are showing they can grow very quickly, and they have attracted high quality management teams,” Hugh Whalan (CEO, PEG Africa) told me via email. “Importantly, the best companies are tracking to profitability as they scale, showing that they will be able to deliver good returns to investors” Hugh added.

Solar start-ups are also layering more solutions on their existing offerings. For example, Kenya’s M-Kopa recently launched a new solution called Solapesa which gives cash loans to its customers. PEG Africa also unveiled a free health insurance solution for its West African customers. Start-ups are also increasing the portfolio of solar home systems they offer. A good number of start-ups are adding appliances such as radio and TV sets to their portfolio.

In conclusion, there’s an increasing number of investments in off-grid start-ups in Africa especially from impact investors owing to the social impact of the problem they are attempting to tackle. Growing energy demand and the fast rate at which PAYG solar home systems are selling are also causing more and more investors to take notice.