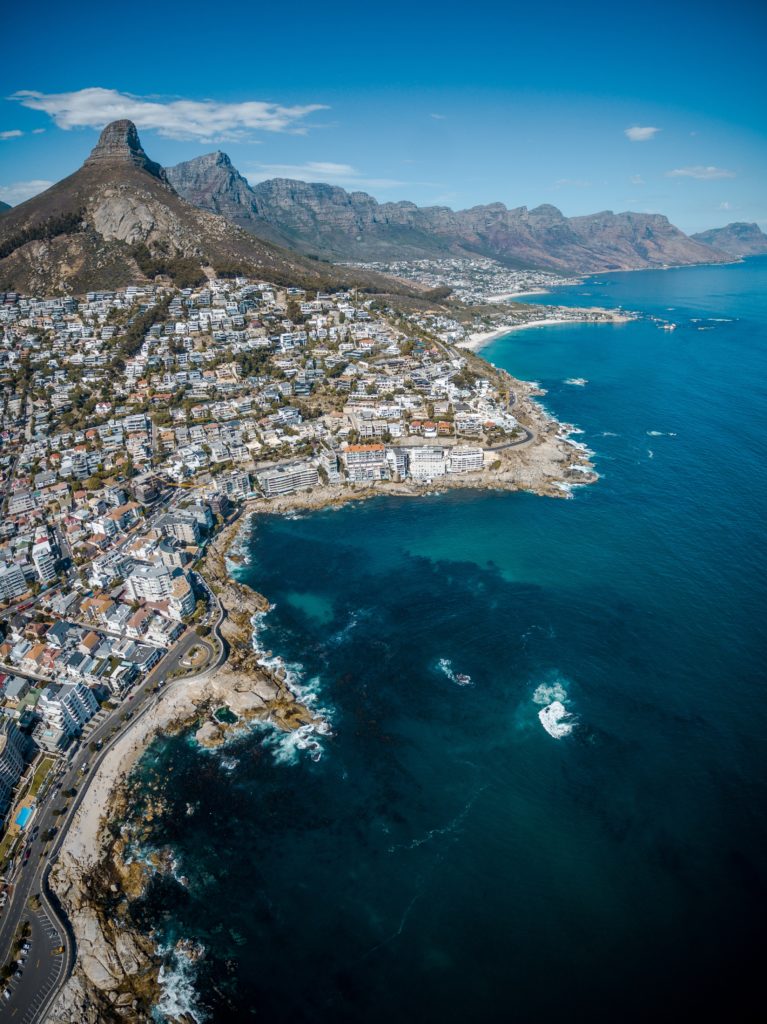 During a conservation with the founder of an off-grid solar startup operating in Africa, I learnt how tough it was for their organization to secure funding as investors were more focused on startups serving rural consumers. Majority of the funding (about 75% per our research so far, based on publicly available funding information) have been secured by startups selling solar home systems to rural consumers. I have written about why it makes sense to target rural consumers here and here. The question now is why aren’t investors also investing as much in the urban segment of the industry given that there are no less than 110 million Africans in the urban and peri-urban areas without access to electricity? To be able to understand this, one has to understand the nature of the problem founders are attempting to solve and the type of investors in the sector.

Many urban consumers including individuals and businesses have high energy consumption levels and in 2014/2015, fossil fuel generator import bill was about $170 million across eight African nations including three of the largest economies. These generators are mostly used by urban consumers. So it makes sense for investors to pay attention to the urban segment of the off-grid solar industry? It’s not so straightforward. We’ll talk about this shortly, first a few more things to note. 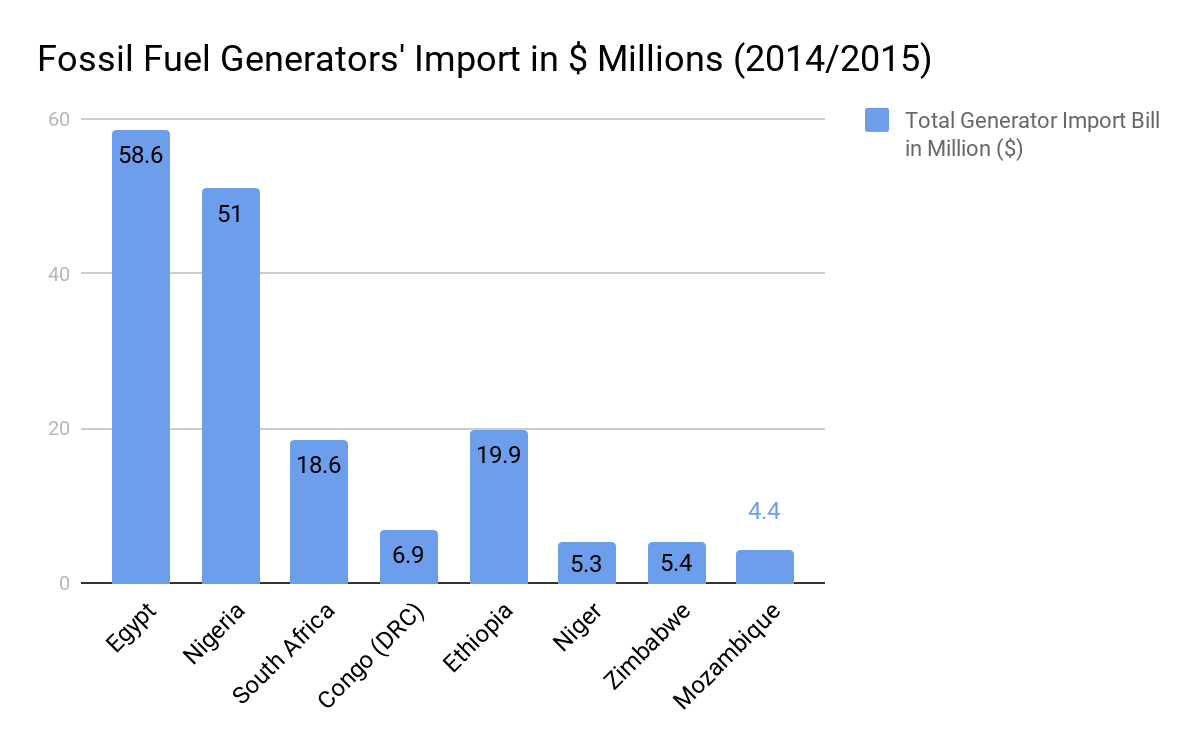 There’s Rensource Energy, Arnegy, Lumos Global and Solynta in Nigeria. Rensource Energy provides power as a service and has so far raised a total of $5.2 million within the last two years. Its latest round was $579,000 raised via Trine, a social impact platform that connects clean energy startups with investors. Arnegy founded by Femi Adeyemo and Kunle Odebunmi has been operating since 2014. It provides urban consumers with PAYG solar systems, the company received $146,000 in 2015 from the Solar Nigeria Programme funded by the UK Department for International Development. Solynta on the other hand was founded by Uvie Ugono in 2013 and provides homes and offices with solar panels to replace their generators. It typically provides 1KW panels and more on a pay-as-you-go basis. Its main focus is customers who are currently spending a lot on diesel and petrol in urban centres across Nigeria. Lumos Global provides solar power to off-grid homes and small businesses. It has so far raised $90 million to date based on publicly available funding information. In Kenya, there’s d.light and Mobisol (also available in Tanzania and Rwanda), and in Uganda we have SolarNow (also in Kenya). Nigeria records a good number of the solar start-ups targeting urban consumers in Africa.

Nature Of Investors In the Off-Grid Solar Industry

Quite a number of the investors in the industry are impact investors and government funds although there are also some institutional investors and VCs. As Hugh Whalan (Investment Manager, Gaia Impact Fund) told me, “There’s political interest in getting electricity to the people who do not have access to it”. This in his opinion is why there appears to be a lot of grant funding in the sector which isn’t necessarily a bad thing. “Grant providers in the last few years have become more selective and you have to report how you use the funds” he added to explain that grants are no longer free money as some consider them to be.

Impact investors generally focus on the social and environment impact that organizations can deliver alongside financial returns. “Our focus is not on high returns. Having high returns is not the way to go at this time although financial sustainability is important,” said Hugh Whalan. Since the focus is on social and environmental impact, the ideal situation for impact investors is to invest in solar startups targeting the rural communities. This is where they feel the most impact can be made.

The Cost Of Acquiring Solar Systems

A few years ago, solar systems were quite expensive and out of reach for many consumers. Consumers couldn’t replace their generators with solar systems. This has now changed very significantly. “The cost of solar photovoltaics and lithium battery storage has dropped significantly in recent years, driven by the clean energy transition and worldwide consumer and commercial demand for solar,” Xavier Helgesen (Founder/Co-CEO, ZOLA Electric) told me via email. “ZOLA Electric can now offer our customers a highly-efficient, reliable solar home system for a fraction of the price that it would have cost just a few years ago,” Xavier added.

The huge cost of solar in the past and the technology available at the time meant that it only made sense to focus on smaller items like solar lamps. Such items couldn’t satisfy the energy demand of many urban consumers and the solar panels that could meet their needs were too expensive. Consumers mostly decided to stay with fossil fuel generators or in some cases supply from the grid. Since most consumers didn’t find them attractive, founders and investors too weren’t keen on the segment.

Connected To The Grid?

Urban centers are typically connected to the grid in many countries. Although the power supplied to consumers in a number of African nations is unreliable, connection to the grid made it slightly unattractive for founders to prioritize the urban segment in the past. On the part of these consumers, they weren’t as keen as those who were completely off the grid especially when you consider the price of solar systems back then.

Despite living in proximity to the grid, there are a quite a number of urban consumers who still don’t have access to power. They represent about 18% of the people without electricity in Africa. They were however not prioritized in the past when it came to grants and other impact funds because connecting those living off the grid was considered to be a critical mission.

As solar prices have begun to fall significantly, with financing models like Pay As You Go and rapidly advancing solar technology, more urban consumers will be getting the power they need. “The next evolution is delivering AC power and using distributed energy resources to build interconnected mini-grids and virtual power plants that will eventually displace the need for diesel generators,” Xavier Helgesen said about the future of the solar industry. ACs and mini-grids align more with the energy needs and income levels of urban consumers.

In the next few years, more and more solar start-ups will begin serving urban consumers. Hugh Whalan shared the same sentiment and said they would be interested in investing in solar start-ups serving urban consumers as long as they align with their vision. As more start-ups get into the space and demonstrate the business opportunity therein, more investors will eventually get on board. “The significant size of this market opportunity (solar industry) allows us to attract investment to design and manufacture high-tech products at scale and pass on the savings to consumers – so that more people can access clean, renewable energy for less than the cost of kerosene or diesel generators,” Xavier Helgesen stated about their vision to replace diesel generators which is mostly used by urban consumers. This attests to the fact that more start-ups are beginning to consider the urban segment of the industry.

While majority of investors in the solar industry are focused on the rural segment of the space, the stage is getting set for a drive to reach more urban consumers too. The high price of solar (few years ago) and the urgency of reaching rural consumers with electricity are some of the reasons most investors have not been keen on urban consumers. The next few years would be an interesting one for the uptake of solar in Africa’s urban centres.