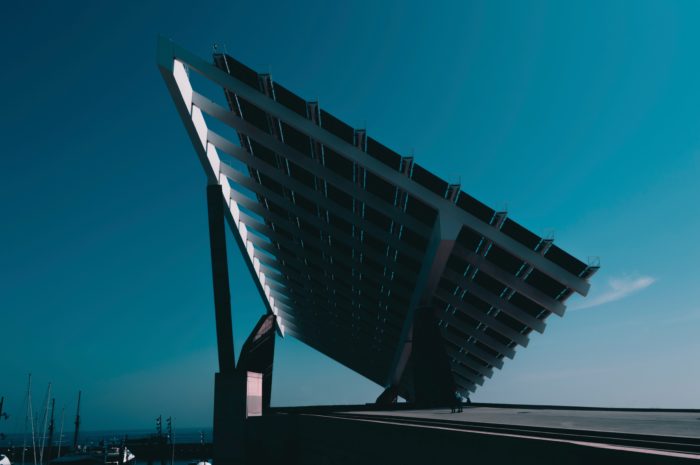 Photo by Biel Morro on Unsplash

While the vast majority of African nations largely depend on fossil fuels and generators for energy generation, government and stakeholders are beginning to invest more in renewable energy. The growth in energy generation capacity in the last six years in Africa has come mainly from additions in renewables especially hydro energy. However, solar energy is also growing at a very fast rate. In the past five years, it has grown fivefold on the continent totaling ~3.5 GW in 2017 through on-grid, mini-grid and off-grid initiatives, according to a report by SolarPlaza.

Startups operating in the solar-sub-sector of Africa’s renewable energy are the highest compared to those operating in other sub-sectors. 95% of the renewable energy startups operating in Africa we have surveyed so far operate in the solar sub-sector. The other ones play in the biomass sub-sector alongside solar. There are a couple of reasons why this is so, for one Africa’s average solar irradiation rate is the highest among all continents, with some countries boasting an impressive 4,300 hours of annual sunshine. These countries experience irradiation levels of up to 2000 kWh/m2/year, which presents a great opportunity for solar PV systems and concentrated solar power applications. Some reports say about 49% of the world’s solar energy fall on Africa.

Solar Energy Is Easier To Scale

One of other reasons why solar energy is attractive is the ability to deploy it from large scale, grid type projects to small scale, mini-grid and off-grid ones. “The … major reason is the distributive nature of the sun” said Solynta CEO, Uvie Ugono. For many other options, you will either have to build a plant or wind farm or a turbine which could make it difficult to reach more people. Off-Grid solar projects have made it possible to take energy to people in remote and rural villages whose energy consumption levels are very low. It is very challenging to develop wind and bio-energy on a large scale which is why it has not been done so far.

Whilst solar energy is readily available in many countries, energy resources like water can be tough to come by in some. There is also the challenge of a drop in energy production due to issues like drought and irregular rainfalls. The construction of large scale power projects like hydro dams can pose environmental challenges. This is not the case for solar energy. Even when there are low levels of sunshine, there are ways to store energy from the sun.

Prices of Solar Equipment Are Dropping

Another factor that has contributed to the increase in the number of solar startups over time is the fact that the prices of solar equipment are continuing to drop. This has made the sector more attractive to more founders compared to a few years ago. “The prices of solar energy today are probably about 10% of what they were seven or eight years ago,” said Uvie Ugono. “The major factor driving the drop in prices is volume. Solar manufacturers are seeing an increase in demand which has increased the volume of equipment they produce. This is what is driving the drop in the cost of solar energy,” Uvie added. 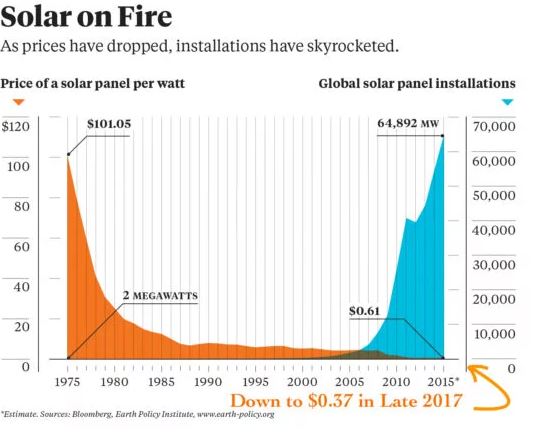 Pay-as-you-go (PAYG) technology has helped to ramp up sales in the off-grid solar industry which is quickly growing and has received increased attention from investors. Off-grid solar startups raised over $360 million between 2012 and September 2016 alone. The demand exists, there are estimated to be about 600 million people without electricity in Africa and majority of them live in the rural and off-grid areas. They already spend about 30% of their income on energy for things like lighting and charging their phones. “Since customers are already spending money on crappy polluting fuels, there is a clear willingness to pay for a superior solar alternative,” said Hugh Whalan (CEO, PEG Africa). The huge number of people without electricity in Africa and their location in remote areas has facilitated the accelerated growth of the off-grid solar industry.

PAYG technology makes it easier for people to pay for solar energy. Customers pay an initial fee and then pay a monthly fee for the energy they consume. In most cases, they own the solar kit after some time. Some experts believe that asides the drop in the cost of solar equipment, PAYG technology has been key to driving growth in the off-grid solar industry. “The key driver of growth is the pay-as-you-go approach which allows a customer to pay for the solar device over time,” Hugh Whalan said. “This financing unlocked a massive chunk of the market that wanted solar but couldn’t afford the upfront cost,” Hugh further stated.

The demand for solar energy will continue to grow in Africa and as such solar startups will continue to grow. Solar energy has the best shot at meeting the needs of those in the off-grid regions who make up the majority of those without electricity on the continent. As at the end of 2017, M-Kopa had at least half a million pay-as-you-go solar customers while d.light was adding eight hundred new households a day, according to the New Yorker. The continent’s solar capacity is expected to exceed 6 GW by 2020 and is estimated to reach 45 GW in 2040, per SolarPlaza’s report. From now until 2020, solar capacity is expected to increase by an average of 0.9 GW per year. Between 2020 and 2040, an average of 2.2 GW are estimated to be added annually. The growth rate of solar capacity between 2012 to 2040, represents the biggest compounded average annual growth rate out of all energy sources. About 10% of those without electricity in Africa are now estimated to be using off-grid renewable energy of some sorts according to to the International Renewable Energy Agency (IRENA).