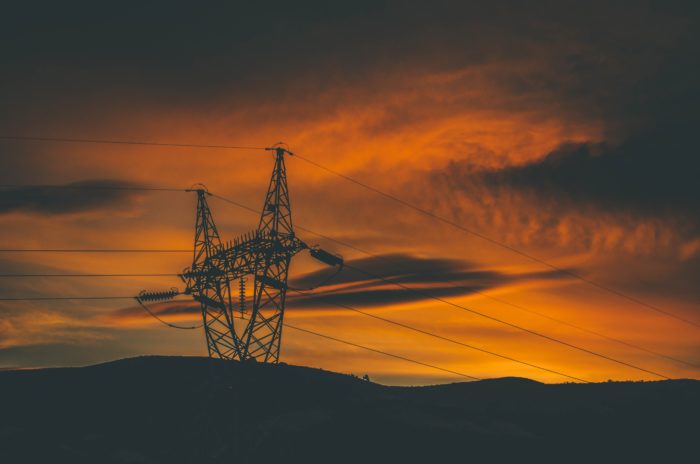 Africa has a potential energy generation capacity of 1.2 terawatts excluding solar and more than 10 terawatts including solar, according to a McKinsey ‘Brighter Africa’ report. However, as at 2016, its actual energy generation capacity was only 28 Gigawatts (excluding South Africa). The actual capacity doesn’t match the potential capacity because many of the continent’s rich energy resources have not been exploited. For example, the continent has high levels of sunshine with an average of 325 days of bright sunlight every year but as at 2016, installed solar PV capacity stood at just over 2 gigawatts. Although this represented an improvement of about 2000% from 2009, it is far from the potential the continent can generate from solar energy. 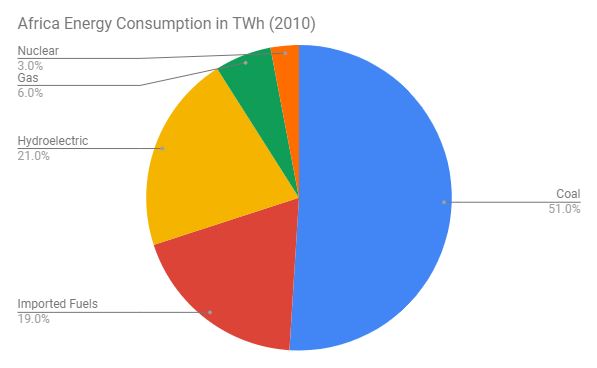 As at 2015, Nigeria had an installed energy capacity of about 10,480 MW. Fossil fuels had the biggest share with 80.3%, next was hydroelectric with 19.5% while the rest came from other renewable energy sources.

In an updated 2018 energy breakdown,  Nigeria now has total installed capacity of 12,522 MW, 81% (10,142 MW) from fossil fuels and the rest from hydroelectric. About 20 million households in Nigeria are reported to be without power. Despite the relatively high energy capacity, Nigeria only generates between 4,000 – 5000 MW on most days. 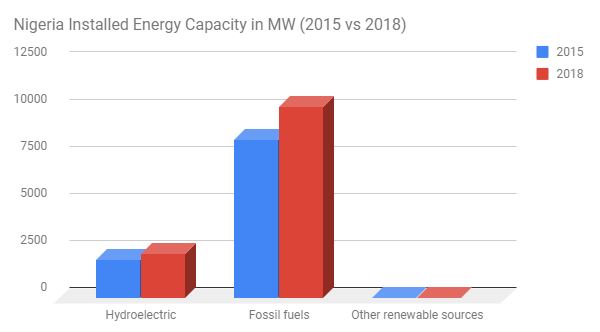 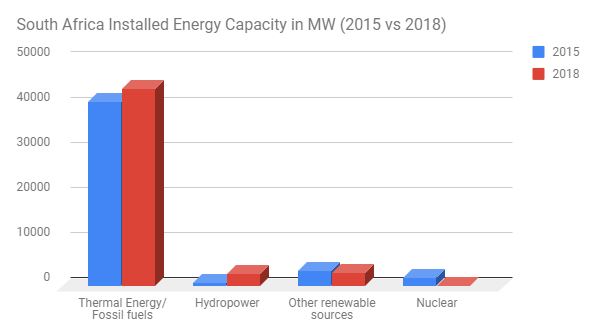 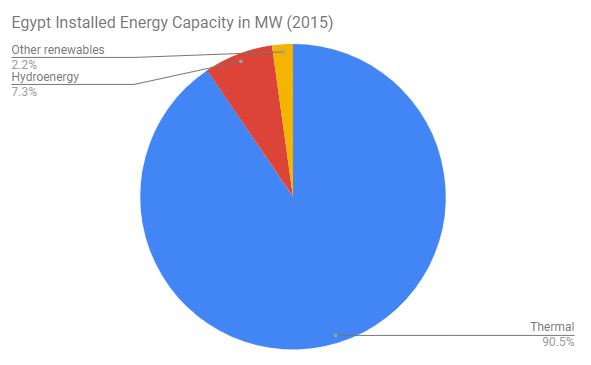 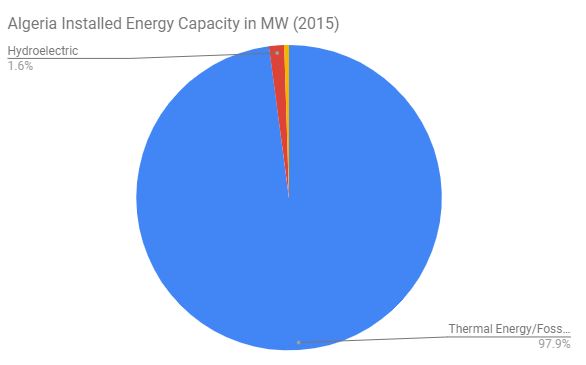 Lusophone African country, Angola had installed energy capacity of 3,433 MW as at 2015. Of this amount 45.2% came from fossil fuels, 54% from Hydroelectric and 0.9% from other renewable energy sources. 15 million Angolans were without electricity at the time with only 30% of the population having access. 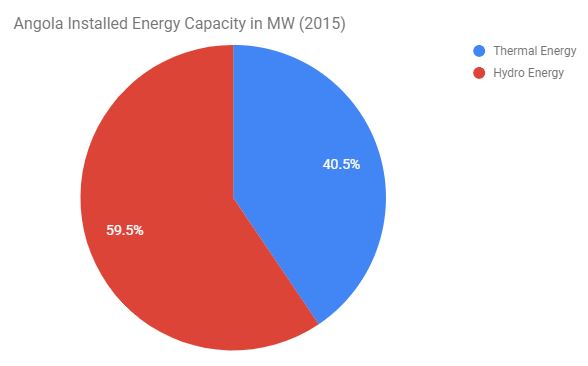 With the exception of Angola, the five biggest African economies were dependent on fossil fuels for no less than 80% of their energy capacity as at 2015. Things are however gradually changing, for example since 2011, South Africa has added more than 1300 megawatts of solar PV capacity and is currently constructing a further 1500 megawatts. Morocco on the other hand has set a target of 2000 MW of solar power by 2020. A combined capacity of 7000 megawatts of solar power is expected to be constructed in Egypt, Kenya and Nigeria by the same year. Pay-as-you-go solar startups including those leveraging mobile money platforms have also seen an increase in funding in the last few years.

More and more African countries are seeing the need to increase the percentage of renewable sources in their energy mix. Although coal and gas would be the dominant energy sources by 2040 representing 23% and (more than) 40% respectively, over 25% of total energy by 2040 is expected to come from clean sources according to McKinsey’s Brighter Africa report. 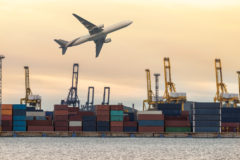 With growing internet and smartphone penetration, the opportunities to attain critical mass and scale exist for African tech-enabled logistic startups.