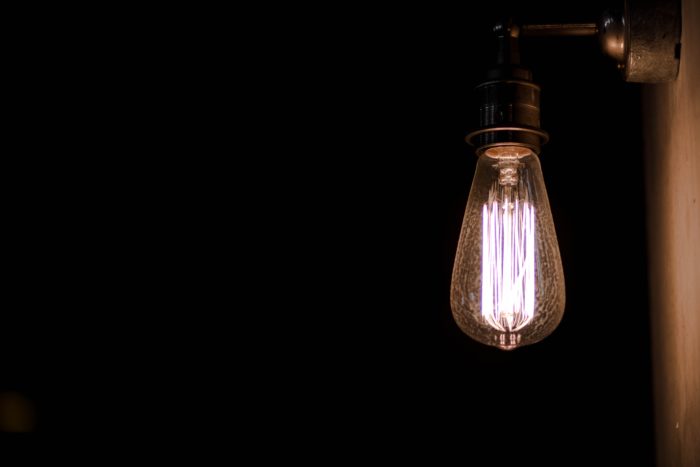 Photo by Callum Shaw on Unsplash

There is a conflict of data about the amount of power Nigeria currently generates but one fact that stands is that it’s not just enough to cater to its 180 million people. Data from USAID tells us that Nigeria has the capacity to generate 12,522 megawatts (MW) but it currently generates only 4,000 MW on most days. Earlier in the year, the Minister of Power, Works & Housing, Babatunde Fashola, said the country had the capacity to generate above 7,000 MW but could only transmit 5,200 MW at the time. The ideal situation, according to one practitioner, is to have at least 1,000 MW of electricity generation and consumption for every one million people.

Tech entrepreneurs and enthusiasts are continually calling on the Federal Government to prioritize fixing the power problem above anything else. A good number of people doubled down on this when news of Prof. Yemi Osinbajo’s (Vice President, Nigeria) visit to Silicon Valley broke recently. 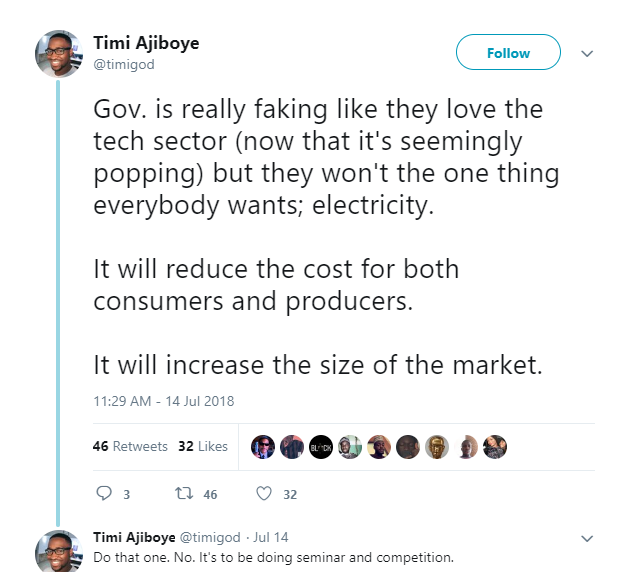 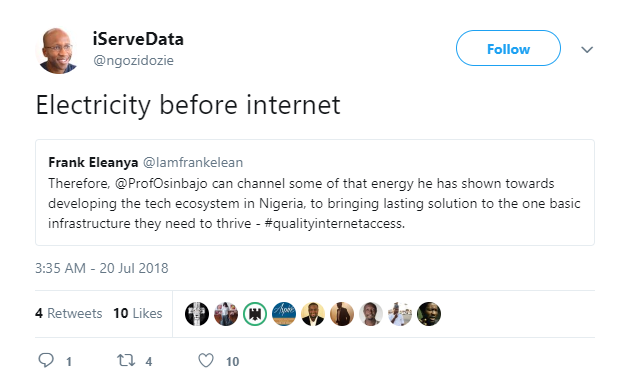 We spoke with some tech entrepreneurs about why they feel the government should prioritize power and the insights are worth sharing. While a number of these facts are already well-known it helps to continue to deepen the conversation in order to keep the government focused on what matters to the technology ecosystem and its players.

The very nature of startups means that many founders have to bootstrap their operations. They simply do not have the luxury of cash to spare. So imagine a startup having to invest in backup power because of poor electricity supply across the nation. The tech entrepreneurs we spoke with told us they spend an average of 137,500 Naira ($381) monthly on fuel/diesel. This is a decent salary for an entry level employee. This is asides the maintenance costs and for some entrepreneurs the cost of buying the generators. One entrepreneur told us “we spend about 20,000 Naira ($55) monthly on maintenance costs for our generators”. Some entrepreneurs have to own more than one power generator to avoid any downtime.

As Obasolape Abiola (CEO, Proteach.ng) told us “When trying to make hiring decisions, you have to really think about it well because of the huge cost of backup power. It can make one decide not to hire new talent”. He further stated “The cost of backup power may also make some entrepreneurs let go of of their employees especially if the cost is on the increase”. Obasolape also explained that power is essential to creating a conducive environment for your employees. In his words “If you can’t consistently provide adequate power in the absence of regular power from the national grid, it can be a deal breaker for many employees and can lead to low morale among your workforce”.

Mark Essien (CEO, Hotels.ng) in his response to the power problems, said “Even if you are fueling and doing everything you need to do, it can still break down in the middle of the day. So if it breaks down then the internet goes off and those kind of things. You will then have some minutes of downtime which generally means nobody can do their work, this is very expensive”. Odunayo Eweniyi, Co-founder at PiggyBank shared a similar view, “the surrounding costs around running a generator most of the time take their financial and operational toll.” She further stated “For the most part, repairing or servicing a generator costs money, which we now have to plan for; and any generator downtime is an operational problem that you have to solve”.

The Impact On Consumers & Market Size

As Timi Ajiboye (CEO, Bitkoin Africa) put it, “fixing power would will reduce the cost for both consumers and producers. It will increase the size of the market”.The high cost of power means that entrepreneurs have to price their goods and services a bit higher than if power was working properly. This means consumers have to pay more for products and services.There are also quite a number of potential consumers who could be connected to the digital economy once power is fixed.

Obasolape Abiola praised the Lagos Innovates Initiative for the workspace vouchers which has helped them drastically reduce their operational costs. The voucher amounts to 1.8 million Naira yearly of workspace credits. He believes there should be more of such initiatives to help startups reduce costs and focus on building and innovating. He further stated “Government should look into the policies guiding the power sector and should also invest in startup campuses which will have dedicated power supply that founders can share”. Odunayo Eweniyi suggests the government should immediately double down on investing in alternative and renewable energy sources.

Mark Essien is of the opinion that organizations need to invest in power pending when the government fixes the problem. In his view, “the primary challenge is that we are in a hot environment. You generally cannot have a solution that doesn’t include powering A/Cs and they are high wattage equipment.You need at least 1,000 watts for each A/C so if it’s in a bigger office you cannot depend on solar power and batteries because they will be inadequate. He advised that entrepreneurs can do the following to ensure consistent power and avoid downtime; “have a big generator, have backup generators and have batteries (about six for every 50 employees) for the intervals between the generators”. “Every company should also have an administrator for whom power is a very important part of his role ” Mark added. He further stated that in the absence of this (if the government hasn’t sorted power) the alternative would be for founders to move to serviced estates (although they can be quite expensive).

Infrastructure including electricity has a prominent impact on innovation and tech entrepreneurship. Lack of power and downtime affect entrepreneurs financially and can reduce productivity output therefore fixing it is very important to helping the tech ecosystem thrive and the government needs to prioritize it now above everything else. 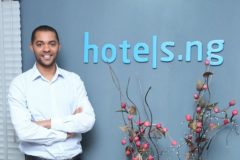 The HNG internship is bringing in a lot of people who would not have had the chance to be a part of the ecosystem into the space.