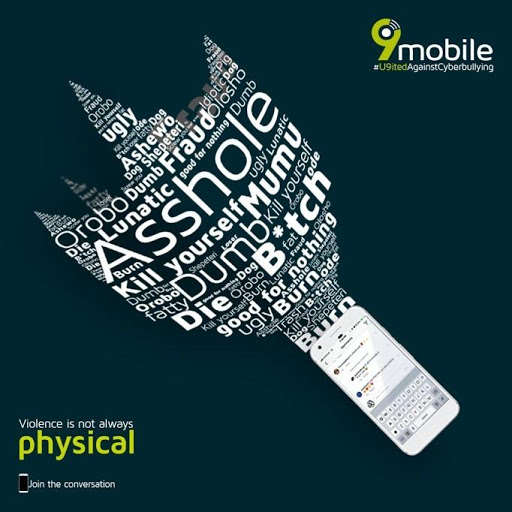 Man has undoubtedly become a victim of his creation and this is a sad reality. The internet is a double edge sword in our society and the extent to which it can make or mar its users cannot be overlooked. On the one hand, it is a fantastic innovation that allows one source for information, shop and even locates a long-lost friend or family. On the other, its potential to cause damage is almost proportional to its usefulness. Cyber-bullying is a scourge that is more dangerous than we think, what is more, the anonymity of the internet tends to offer a security blanket for the bully while heightening anxiety for the victim.

It is no longer news that bullies have begun to transfer their emotional weakness to stronger Nigerians calling them out on social media making a mess of their image and personality. This, however, explains why leading telecommunication brand 9mobile has joined forces with Nigeria’s leading tech platform Askifa.ng to sanitize the Nigerian Social Media space from cyber-bullies.

Did you know that Google Trends data has indicated that much attention has been placed on cyberbullying than ever before? In recent times, more people have searched the word “cyberbullying” than they have done in the past.

Also, a research presented at the 2017 Paediatric Academic Societies Meeting indicated that more children and teenagers were reported to have attempted suicide due to a spike in the number of cyber-bullying activities in 2015 alone.

Speaking at the commencement of the campaign 9mobile’s Sowari Akosionu mentioned that:

Most Nigerians may say Cyber-bullying is not a Nigerian thing, but the conversation is getting wider. You would agree that the reactions of bullies behind their computers and smartphones have broken the faith most people have in themselves when they post things on Social Media and that is what we want to correct.

She also added that:

We want an environment where people understand that their words are sharp, their words can destroy. We want people to know that a simple exchange of kind words on a post could change the conversation, same way hurtful words can break the minds of the victim.

Ifedayo Oladeinde from Askifa.ng on his part expressed his excitement at being a part of such a movement. He, however, stressed that:

Nigerians have held on to the pseudo-reality of freedom of expression to taunt, hurt and break people on Social Media, but together we can make a cleaner and safer Social media space for the everyday Nigerian. Together we can prove that we are the stronger ones and the bullies are nothing but weaklings who need help.

He went on to urge Nigerians to be a part of the movement:

We can change the narrative. We can begin to tell our stories to inspire others and make them realise that they are never victims until they surrender their willpower to these bullies. We can change things by just telling our stories. We can heal our scars by letting the world feel the truth.

Feel free to become a giant now. You can join the conversation using these hashtags on your social media platforms 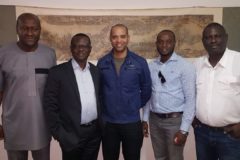 Mobi Hunter, the leading publishing partner across Africa is working with SWIFT Networks and Google to provide free Wifi in Lagos. The rollout will enable internet users to browse the internet in exchange for engaging with their favourite brands.