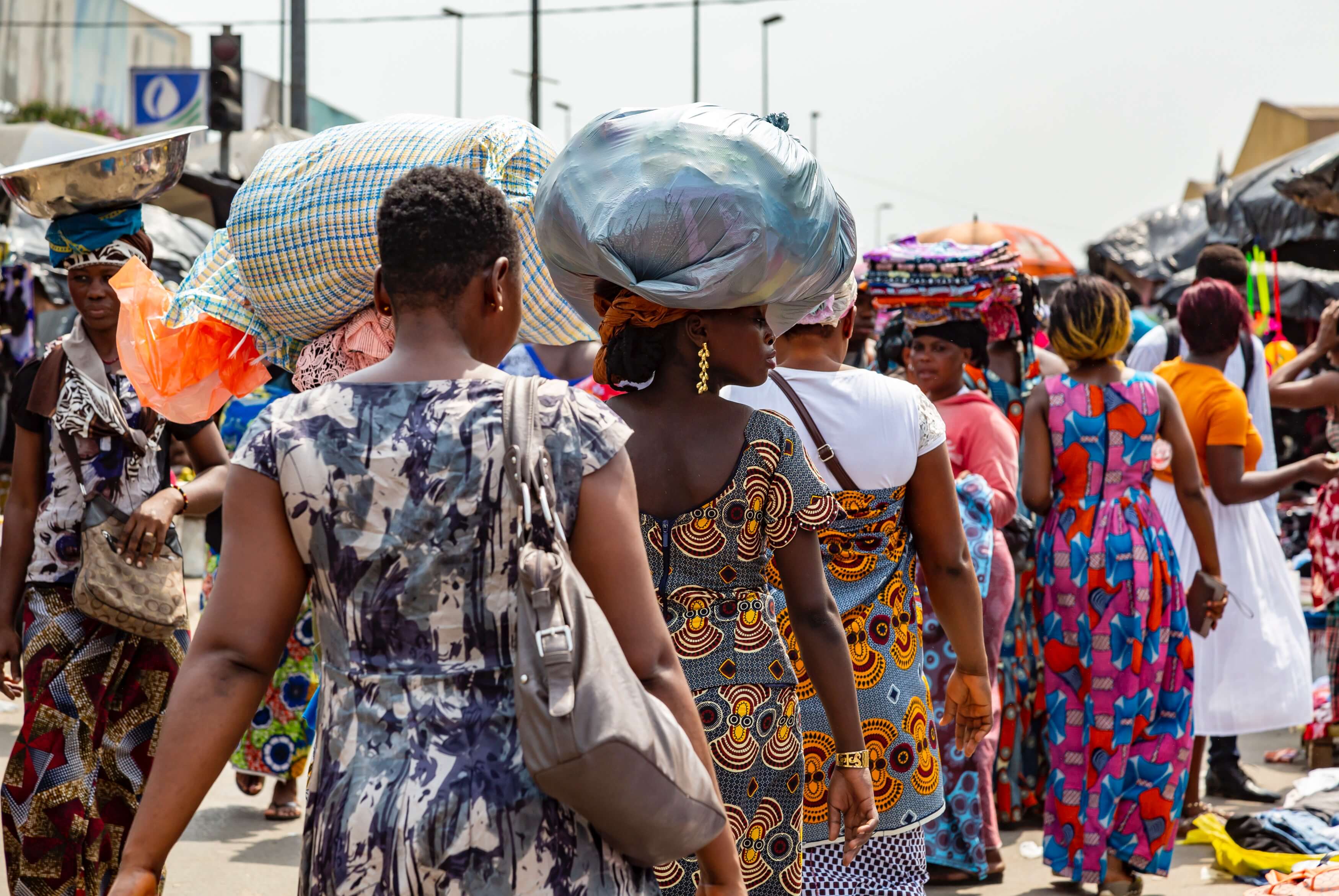 Despite being labelled ‘troublesome’ by policymakers, Nigeria’s informal economy accounted for about 65% of its Gross Domestic Product in 2017. The informal sector, spanning a wide range of economic activities from street trading to subsistence farming, refers to commerce that is not monitored by the government and insufficiently covered by documented arrangements.

A lot of the monetary activities in these sectors go through informal financial institutions like cooperatives and thrift savings associations.

Ahmed, an Ibadan-based motorcycle taxi driver in his late twenties, earns about ₦5,000 daily. His earnings go into buying fuel, food and contributions to his thrift savings.

“None of your money goes to the bank?” I asked him.

“The bank is for people that have money,” Ahmed said in Yoruba, “besides, I don’t like speaking English and that’s what they like to hear at the bank.”

Ahmed has a savings account in the bank he opened years ago when a bank salesperson cornered him and a few others at their motorcycle taxi park but he had only used it a few times to receive money.

Ahmed’s story is hardly unique. In 2018, according to the findings from a survey by Enhancing Financial Innovation & Access organisation (EFInA), Nigeria had an unbanked population of 60.1 million people and another 10.6 million inactive bank users.

Ahmed’s savings go to the thrift association and he takes emergency loans from friends. He is also planning to join a new cooperative society that he has just heard of because they give out loans.

Much of the transactions carried out through these kinds of informal financial institutions that Ahmed uses are recorded manually on paper. But startups like Asusu, Riby and SmartTeller recently began to digitize these processes.

Salami Abolore, the CEO of Riby, disclosed that more than a million such cooperative bodies exist in Nigeria.

In 2018, about a year after incorporation, Asusu started to provide digital infrastructure for cooperatives, farmer groups, and thrift associations, helping them migrate to digital ledgers with features like SMS alerts for members. According to the company’s CEO, Yusuf Zakari, they’ve processed over 2.5 million dollars in savings and credit for about one hundred cooperatives across Northern Nigeria.

Although Zakari insists they are not limited to any part of Nigeria, Asusu’s operations focus on the North, where they presume the service is needed more.

“Northern Nigeria is still virgin when it comes to technology, and there is a huge population,” he said while explaining the company’s attention to the North, “the adult population is said to be about 49 million, and there are 17 million bank accounts including inactive ones.”

Akintayo Kay heads Kayworld cooperative, one of the cooperatives that use Asusu’s digital infrastructure for a five thousand naira monthly fee. He said that “more people believe in the cooperative” because of the digital features and the appearance of sophistication it gives their services.

Kayworld cooperative operates around Gwagwalada Area Council in Abuja and has about 115 members, which by Kay’s estimation, is evenly divided into literate and illiterate persons.

“Some of the older illiterate customers still want their manual cards and they don’t care about SMS alerts,” he explained, “but a lot of the young ones and the literate or semi-literate members are excited about getting SMS alerts and such things. They even specifically request for it.”

Getting the members to adapt to the digital system while ensuring that they don’t lose confidence in the informal structure is a matter of education, as Zakari explained: “The first thing when we come on board is to educate the members, and eventually the formal banking features they get inspires more confidence in the cooperatives.”

“It also makes our job faster and easier. We can easily assess details like total withdrawal and actual balance,” Kay said.

These companies digitizing informal financial services have access to financial data from the informal economy that isn’t ordinarily available.

“Cooperatives provide interesting financial data. For example, some of these [supposedly poor] people save more money than you would think them capable, and we can see that because of the data available,” Zakari said, and his company plans to use the data to connect the informal sector to formal financial services.

“We plan to build a credit scoring system based on our data that financial institutions can rely on.”

Still leveraging the data and their access to the informal economy, Zakari also mentioned that they are piloting micro-credits in partnership with financial institutions, and working out a partnership with a pension fund administrator for micro-pensions, among other things. “We are looking to leverage our capacity in terms of data to become a marketplace for informal financial services.”

Digitizing the informal economy can boost economic development in the country.

In a 2018 report, the Bank of Industry in Nigeria stressed the significance of the informal economy to economic development in the country: “Informal economy offers significant job creation and income generation potential, as well as the capacity to meet the needs of poor consumers by providing cheaper and more accessible goods and services. Consequently, efforts must be made to understand the dynamics of the sector and how best to tap the latent potential that lies within.”

By attempting to connect the informal sector, through their financial activities, to the formal economy, Asusu and its ilk are in a position to help policymakers understand the sector, and tap this ‘latent potential’.