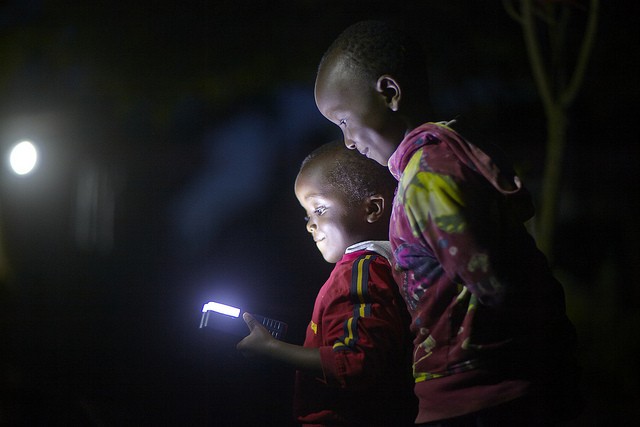 Stable electricity generation and supply has been a challenge for many African countries for years. In 2014, only 45% of the continent’s 1.2 billion people had access to electricity. When North African countries were excluded, the figure dropped to less than 30%. In 2015, the 48 countries in Sub Saharan Africa produced around 80,000 megawatts of electricity but South Africa alone accounted for more than half of those numbers.

Challenges with Africa’s energy systems extend beyond power generation. Transmission and distribution have been poor, ensuring that in many countries, power generated doesn’t always reach customers. In Nigeria for instance, the country’s total energy capacity stands at around 12,000 megawatts, but it is only able to supply about 4,000 megawatts to consumers. 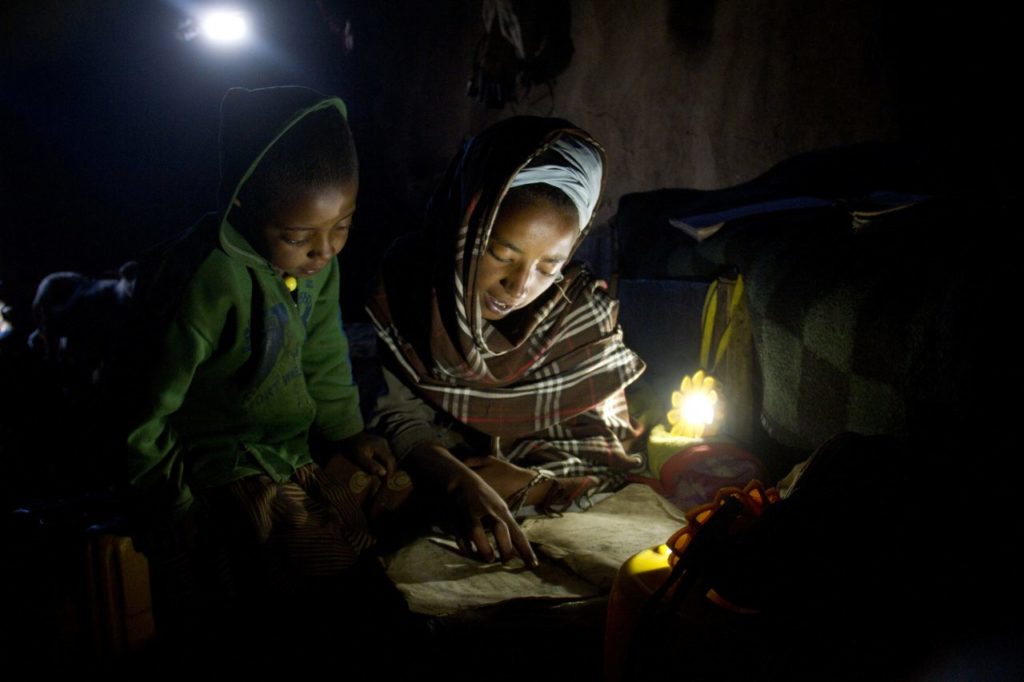 Without crucial investments in these areas, the current 600 million Africans lacking electricity will grow to account for 89% of the world’s electricity poor by 2030, says the International Energy Agency, an organisation that advises governments on energy policy.

But there are currently efforts by the public and private sectors to tackle these problems through renewable energy and development of off-grid capabilities like solar energy.

With the rising threat of climate change and the cost of relying on fossil fuel, Africa is prioritising its renewable energy potential. And the push has been backed by significant funding over the last decade.

State actors like governments and development finance institutions are leading efforts in this direction. One notable example is Kenya, where the renewable energy now contributes 70% of the electricity generated. The government recently launched a 310 megawatts wind power plant in Lake Turkana. It is the largest wind energy system on the continent at a cost of $775 million. The country is willing to back such hefty projects as it aims to generate 100% of its electricity from renewable energy by 2020. 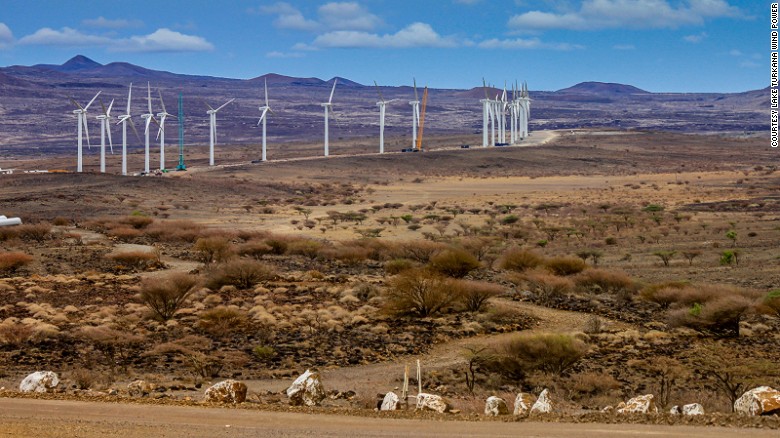 A 2016 photograph of wind turbines of the Lake Turkana Wind Power project (LTWP) in Kenya. The government wants to get all its electricity from renewable energy by 2020. Image credit: CNN.

In Nigeria, meanwhile, the government recently signed a roadmap agreement with Germany’s Siemens AG to develop its energy infrastructure. Divided into four phases, both parties will address issues of power generation, distribution and transmission. The plan is to increase the country’s power supply to 7,000 megawatts within the next two years. Another multinational, General Electric, is already working with the country’s existing power industry players and it signed an agreement with the government to help generate around 10,000 megawatts of power in 10 years. In the agreement with both companies, renewable energy, particularly hydropower, is important.

Meanwhile, the US government’s Power Africa has helped to mobilise funding and partnerships to support Africa’s power efforts. Launched in 2013, the initiative is designed to help African countries improve their electricity capabilities, while helping them secure financing. Over the last six years, Power Africa has helped to mobilise at least $18 billion to support 120 power projects (PDF) across the continent. In Uganda for instance, the initiative has concluded 13 transactions that helped generate 135.75 megawatts of electricity. One transaction it facilitated was the Achwa 2 Hydropower Plant. Financed in 2017 and commissioned in 2018, the 42 megawatts plant cost $110 million and powers 32,000 Ugandan homes.

Similar projects have been pursued in places like Namibia, South Africa, Nigeria and Senegal.

Development Finance Institutions (DFIs) are another key players. Over the last decade, these organisations have created and managed funds as well as established companies to develop the continent’s power sector. 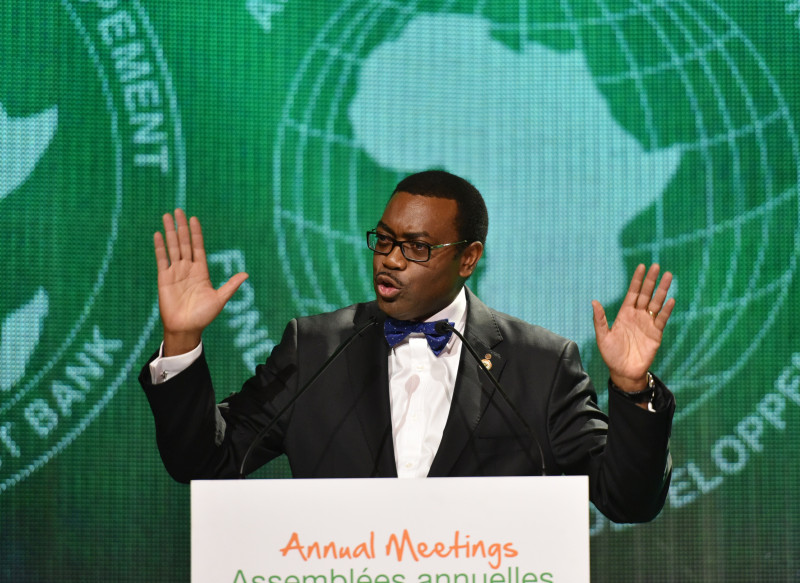 The president of the African Development Bank (AfDB), Akinwumi Adesina launched the “New Deal on Energy for Africa” in 2015. Under the initiative the AfDB will fund power projects across the continent. Image credit: AFP Photo/Sia Kambou.

In 2015, the African Development Bank (AfDB), launched the New Deal on Energy for Africa. The initiative aims to achieve universal access to electricity by 2025 for the continent. As part of the initiative, the AfDB will support and fund power sector development across the continent. It has already dedicated $12 billion to fund power projects. Like Power Africa, the AfDB is also partnering with the private sector and plans to raise $50 billion through them.

The World Bank has also made notable investments, too. Aside from the different projects it has financed, in April 2, the Bank approved the funding of the Regional Off-Grid Electrification Project (ROGEP). ROGEP is backed by over $200 million worth of funding and will use off-grid solar power to electrify 1.7 million homes across 19 African countries.

AIIM recently raised $320 million to invest in the transport, power and energy sectors in Sub-Saharan Africa. Dubbed AIIF3, investors in the fund include the UK’s CDC Group, institutional investors and other development finance institutions of African and Dutch origins.

“Sub-Saharan Africa is the region with the biggest disconnect between demand for critical infrastructure and the supply of available capital to fund such projects,” said AIIM’s investment director, Paul Frankish. “Our focus will be to pick up mid-market deals with shorter construction periods than the mega infrastructural deals.”

Startups are also making giant strides convincing investors to fund their innovations. Arnergy, a Nigeria-based renewable energy company recently raised $9 million. Arnergy is an offgrid solar energy provider which uses innovative financing models to provide its solar systems to remote communities in Nigeria. With a customer base of about 2,000 in Lagos, the company wants to use the new funding to scale and deploy its services to more locations in Nigeria.

Renewable energy is not cheap, how can people pay?

The most obvious challenge facing renewable energy companies in Africa is the cost of their services. Research by US company, EnergySage reveals that it costs $52,150 to deploy a 25 kilowatts solar panel system. This a hefty amount that may discourage people from adopting renewable energy solutions.

However, startups are addressing this challenge with innovative financing options. One option is crowdfunding. Ecoligo, a German company which provides solar power in emerging markets, offers a crowdfunding model that helps users raise necessary funds to purchase solar systems, then payback over time. It is actively implementing this model in countries like Ghana and Kenya, and recently secured €2.5 million funding for expansion.

Another model is pay-as-you-go. Consumers pay for solar systems by subscriptions, allowing them to pay for only what they consume per month. Arnergy uses this model.

All of these approaches are helping to tackle Africa’s electricity problems.