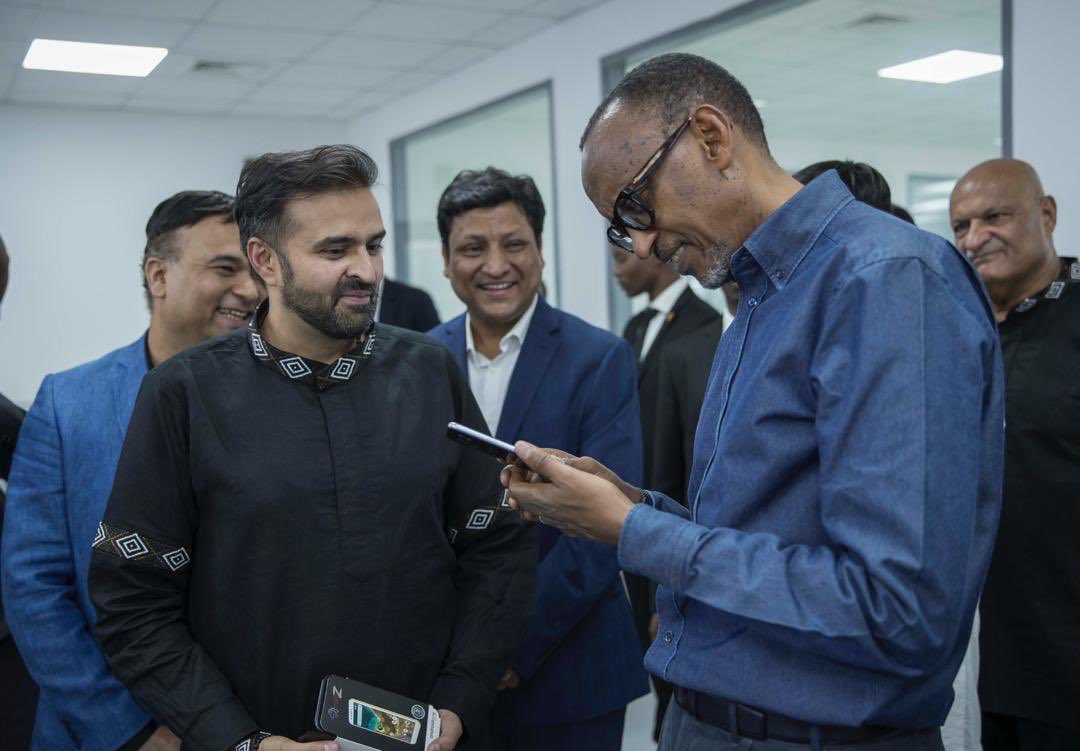 Mara Group will now manufacture its flagship Mara Phones in Africa after the launch of a smartphone manufacturing factory in Rwanda.

The factory employs over 200 people to manufacture affordable phones from scratch for their host country and the rest of the continent.

It is clear Mara is taking a leaf out of a much bigger corporation’s playbook on how to make and sell phones in Africa.

The debates about Africa’s addressable market will rage for ages but one thing is clear, while some do the talking, others just take action. One of such taking action is China’s Transsion Holding.

In 2014, Transsion launched its first smartphone and five years later, the company launched its Initial Public Offering (IPO) on the Shanghai Stock Exchange.

Here’s what is really remarkable about the Chinese-owned company which is now valued at $6.5bn: It has never sold a single smartphone in China.

It is tempting to attribute Transsion’s African successes solely to pricing, but the real story is more practical. A focus on features such as dual sim and phone cameras specially made with the African skin in focus form a critical part of the brand’s success.

Transsion’s offerings, Tecno and itel overtook Samsung in 2017 by number of phones shipped to Africa. In 2019, despite a bearish economic outlook in Nigeria and South Africa, Transsion still beat Samsung in Q1 and Q2 for Africa’s top spot.

Mara Group, which describes itself as a “Pan-African multi-sector business services company”, is hoping to follow Transsion’s path to dominating the African smartphone market.

What difference will manufacturing bring?

“What we have around Africa are basically mobile phone assembling plants. What we have built is Africa’s first smartphone manufacturing plant,” says Mara Group CEO Ashish Thakkar.

Mara has taken great pains to point out that this is Africa’s first smartphone manufacturing factory, although it already assembles its smartphones in a few African countries.

“We are actually the first who are doing manufacturing. We are making the motherboards, we are making the sub-boards during the entire process. There are over 1,000 pieces per phone,” Thakkar said.

Manufacturing will change the game for the company but they will require volume to keep costs down. The company is optimistic that the factory can produce up to 1 million units per year in the near future.

However, without a market, the company will be unable to meet these projections for its two smartphone modes: Mara X and Mara Z.

Perhaps sensing that this could be a hard sell in Rwanda where smartphone penetration stands at only 15%, the company has already concluded plans to allow consumers spread payments in installments.

Despite siting its factory in Kigali’s Special Economic Zone, the company has adopted a pragmatic approach and is looking beyond Rwanda. Enter: the African Continental Free Trade Agreement (AfCFTA).

Will the AfCFTA boost Mara?

The AfCFTA, which created the largest free trade area in the world, did not come into effect until April 2019, more than a year after 21 countries established it in Kigali. Notably, one of the continent’s biggest economies, Nigeria, reluctant to sign the agreement, held out until July 2019.

Nevertheless, the 55-nation bloc accounts for 1.3 billion people and access to the regional market is critical to Mara’s success. Yet, it is hardly so straightforward.

Over a month ago, the Nigerian federal government closed its borders to Niger and Benin republic. The move, which is a violation of AfCFTA agreements was ostensibly to check rice smuggling into Nigeria.

As the economy of Nigeria’s smaller neighbors suffer and ECOWAS appeals for the borders to be reopened, there is little signal from the Nigerian government that there is an end in sight.

While it is easy to be excited at Mara Group’s prospects, the big concern comes from the company’s CEO Thakkar. Once hailed as a billionaire media darling, Thakkar’s divorce proceedings raised huge questions as to the Mara Group’s ownership as well as his celebrated acumen.

Upon the sale of its holdings in Atlas Mara Bank, Deepak Dave of Riverside Capital said: “Atlas seems to be simply getting out as fast as they can from the poor investment decisions made at inception. Atlas had no coherent strategy, too much expense and no operational teams in place to run a successful business”.

A Wall Street Journal investigation in 2017 shed light on Mara Group’s many bad investments and valued the company at $30m.

Is Mara’s new investment Africa’s next chance at a smartphone player or just a well oiled PR statement? Only time will tell.