What’s in a name? Questions arising from Nigeria’s newly-minted Ministry of Digital Economy 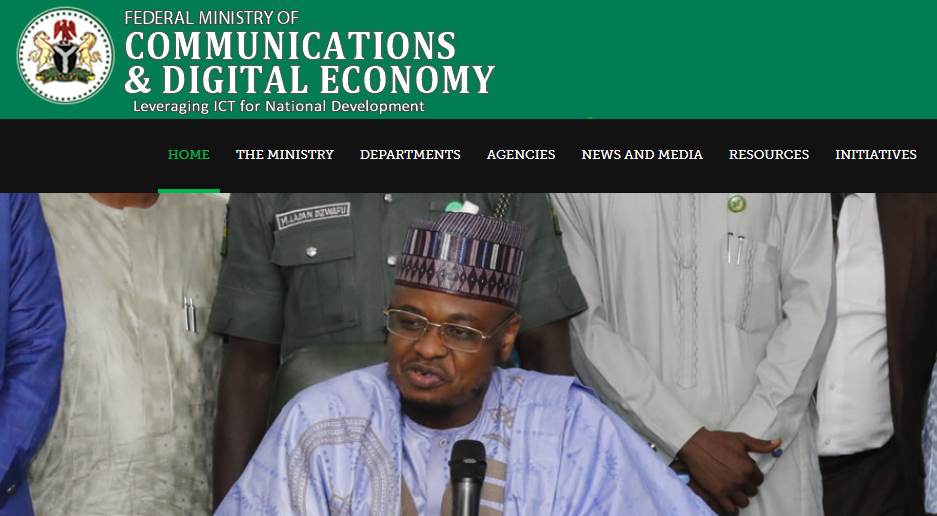 Isa Pantami has scored what should be considered, even by cynics, an interesting branding goal. By getting president Buhari to rename his portfolio to include “Digital Economy”, the Minister placed a stamp of his vision for Nigeria’s communications sector.

What’s in a new name, though? Will there suddenly be a surge in what the communication sector contributes to the Nigerian economy? We take a look at the major talking points arising from the latest name change by the Buhari administration.

Digital is the new cash cow

Everyone agrees national governments need to expand avenues for economic growth and human development. In Nigeria, oil is proving not to be enough of a revenue source as the country now struggles to pay salaries. In his speech announcing the change, Pantami made the point that while the oil sector contributed 8.82% to the GDP in the second quarter of the year, the ICT sector contributed 13.85%.

It signifies a willingness to devote more attention to the other source of wealth currently attracting the most attention globally.

“In Nigeria, looking at the contributions of ICT and secondly, looking at how our population, most importantly, youths are addicted to ICT; they are naturally inclined to ICT; so, I feel it is very important.

“No one will argue with me that if you look at the richest people today in the world, they come from that aspect of digital economy.”

After all, “youths are addicted to ICT; they are naturally inclined to ICT; so, I feel it is very important.”

The minister also said the renaming was done to “improve revenue generation for Nigeria and create many Digital Jobs for Nigeria.”

It is no secret Nigeria needs alternative streams of income to supplement oil revenues and there are fears that growing startups could face increased taxes and levies to operate in the country.

Digital is the new global worry

But it is not just about the positives. The digital wave is also making many uneasy about the future. Ask legislators in the United States.

Over a six-hour period this week, Facebook CEO Mark Zuckerberg had to defend his company’s ambitions before members of the US Congress. At issue was his plan to redesign the global financial system with Libra, the controversial cryptocurrency primed for launch in 2020. France and India have already spoken out against Libra and the exit of global payment giants like Visa, Paypal and Stripe has put plans in jeopardy.

Nigeria remains Facebook’s biggest market in Africa. For many, the social media company is equivalent to the internet, serving as the go-to platform for business transactions, advertising and searching for jobs. Growing smartphone penetration means more people will be online, with more avenues for entrepreneurship but more exposure to risks of scams. The country has got a bad rap out of the flurry of individuals indicted for international online fraud this year. A Ministry of Digital Economy could be the government’s way of getting ahead of the narrative with a positive face.

Raising the digital economy to the status of a cabinet portfolio is not a unique move by Nigeria, Pantami notes. The European Union, Thailand and Burkina Faso have appointed officers to head national offices for the digital economy. Is it the case, then, that Nigeria is keeping up with the Joneses?

It might well be the case. However, “names drive internal vision and communicate intention to those looking from outside,” says ‘Gbenga Sesan, founder of Paradigm Initiative a digital rights group, in a chat with TechCabal.

The new name creates an expectation the Ministry will have to live up to. Among them is the challenge of “creating harmony between digital elements of the government instead of continuing with turf wars”.

Pantami says he has a strategy for the digital economy, as he guns for Nigeria’s share in the $11.5 trillion global digital economy fund. Sesan thinks “we need to revisit that ICTS Policy and improve on it where necessary, not start all over again as the minister who took over from Dr Johnson did”.

Only a digital Nigeria can benefit from AfCFTA

It may have much to do with the increasing link between wealth and digital technologies.

Think Facebook, Apple, Amazon, Netflix and Google – FAANG, as they are known. These companies rely on masses of people using their mobile platforms to access products on the go. An economy that competes with these companies must necessarily tap into the power of digitized systems.

African companies have begun to expand their footprints in this regard. M-Pesa is the big example but payment startups like Flutterwave that ease the burden of payments in various currencies are driving the momentum for the digital economy on the continent. It would be great if Pantami’s team moved beyond its nomenclature rebrand to create institutional structures that produce more Flutterwaves.

The future of work is innovation

The changing nature of work has been driven by disruptive innovation technologies. With the creation of new lifestyle apps and advances in communication technology, twentieth-century models of supply chain and labour management are being re-written almost in real-time. The pace of change is such that analogue-thinking governments and their people will inevitably fall behind.

Sesan welcomes the added focus on the digital economy at Nigeria’s communications ministry. But he believes a conscious effort must go into making it work for everyone. “What we have right now, with police harassing young people who carry laptops or say they work in tech, is a disgrace to any country that wants to promote a digital economy”.

A culture of innovation, he says, would require the government to “break down barriers in the way of the women and men doing the work, and where government is slow to catch up, they get out of the way instead of practicing death by regulation.”