My Life In Tech: At 28, Oghenetega Iortim is solving Africa’s coldchain logistics problem 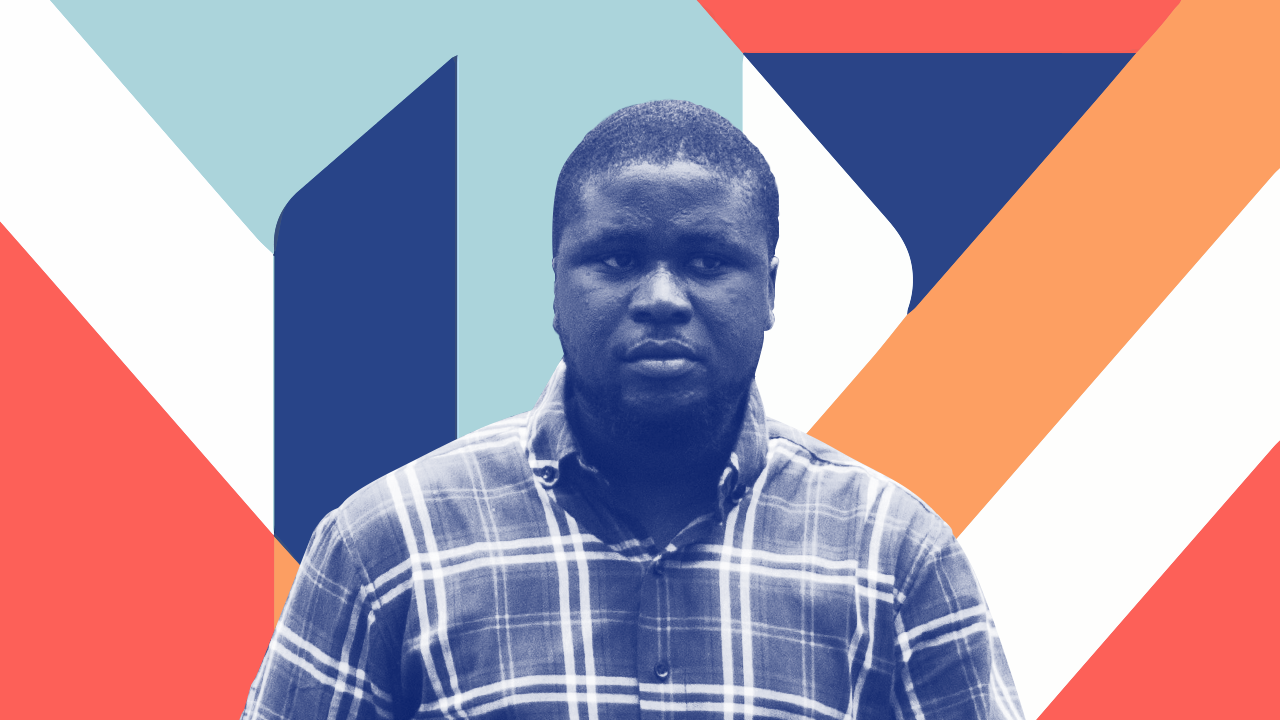 Gricd occupies a small office space in a factory inundated with large machinery. The factory is in Oregun, an industrial area on the Lagos mainland. The first time I learn about Gricd, I am writing a pitch about new storage technologies tackling post-harvest losses on the continent and the startups driving these innovations. My pitch comes in a bit too late, but I would get the chance to meet Gricd founder, Oghenetega Iortim on a two-week tour of Asia during the CCHub Pitchdrive Asia tour in August. In the days that follow, as we fly across time zones, suffer jet lag and as he pitches his business over and over to investors, Iortim’s often serious mien would unravel a witty and jovial persona which strikes a balance with his knack and thirst for business.

“Without sounding too cocky, I am a thinker,” Iortim says after a long silence when I ask him to describe himself.

“Almost every week, I have a new idea of a solution to a problem.” While some go on to become businesses that generate revenue, others are things to mull over or discard.

From selling Goody Goody, flat chocolate candies that were popular in the 90s, to his classmates in primary school to selling airtime and Indomie noodles in secondary school and progressing to building websites in university, Iortim has been doing business for as long as he can remember.

Gricd was one his ideas that had business potential. Having graduated with a degree in Information and Communication Engineering from Covenant University, Iortim became very involved in agriculture working closely with Ayodeji Arikawe and Uka Eje, both who are now co-founders of Thrive Agric. He would fund and source for funds for planting cycles particularly vegetables but was running into losses due to poor preservation and delayed offtake of the farm produce.

“There were some days people will come and offtake quickly and there were other times when people didn’t or you were waiting for a future harvest and while you were waiting, the current batch was going bad.”

“I’ve invested in bringing soybeans to Lagos. I know the heartache of putting your whole investment on the road for four days,” he tells me.

Iortim began designing a cold-storage technology to curb these post-harvest losses. Keen on sourcing for materials and producing locally, Gricd’s premier design was crude and leveraged the cooling technology of clay.

“We wanted to see how we could leverage this technology to keep vegetables fresh for longer periods but, who wants to buy clay?” We burst into laughter. While many could see the usefulness of the technology, not many cared for its weightiness and bulky design.

Since 2018 when Gricd became fully operational, there have been a number of iterations to that first design and the current model is a rectangular cold storage box that can be easily strapped onto a motorbike or on the back like a school bag ensuring nimbleness in mobility. The unfortunate tradeoff with these iterations has been pivoting away from farm produce to healthcare supplies because there is only so many kilograms of soybeans or carrots you can fit into Gricd’s rectangular cooling box.

Healthcare, which came up in the many pitch rounds the company went through when it first launched its operation, proved to be a more viable path to take.

“The Gricd box can only take less than a bag of tomatoes,” Arikawe, of Thrive Agric, who agrees the pivoting was a smart move to bring about quick wins for the company, says.

Iortim and Arikawe as well as PiggyVest co-founder, Odunayo Eweniyi were all classmates at Covenant University in Ogun State in southwest Nigeria. Both Arikawe and Iortim have known each other for 11 years and Arikawe describes him as having grit and a long-standing record of successfully running small businesses.

Gricd’s pioneer product was built in March this year. The Frij Box comprises a plastic outer casing that is sourced from China.

“Then we build in our technology,” Iortim says. In the Gricd office, his lean staff consisting of marketing, finance, and design teams are at work including the engineer who is tinkering with circuit boards, wires and assembling the machinery that powers the box. Most of the components have to be sourced in Asia; resistors, capacitors, even printed circuit boards. Gricd’s engineering team designs the schematics of the box, sends them to China to be printed and assembles the parts when they are returned to the country.

Frij Box also comes fitted with a thermometer, a GPS tracker and an attending mobile application that communicates real-time temperature data. So far, the Frij Box has transported 219 vials of vaccine and 615 blood samples including blood plasma, a delicate component of the blood.

The price of each box start somewhere around 100,000 naira ($275) and so far Gricd has provided cold chain solutions for the Nigerian Institute of Medical Research, DrugStoc and the University Teaching Hospital in Kwara among a number of others.

As with many startups operating within Nigeria’s regulatory grey areas, Gricd continually has to contest the irregularities of customs laws and border dynamics every now and again.

“We are just in an environment where everything is unpredictable. And for the fact that we do not manufacture in bulk because we are not a very very huge company, you can’t stock ahead of the next 12months for instance in order to stabilise your prices,” Iortim adds.

These and costs of importing some aspects of the Gricd technology can affect prices by almost 40% which is around the percentage of profit on the cost of production. In the long run, not only is there the danger of not turning out a profit, there are accrued losses he constantly has to battle with.

In August 2018, Iortim had to temporarily lay off his staff, two of whom he re-hired, and shut down his business to afford a bone surgery that cost more than N3 million including therapy sessions which saw him spending 27,000 naira weekly out of pocket for three months.

“No insurance company will cover that.”

But what gets him up and going are his family and friends to whom he feels a certain commitment to make something tangible out of Gricd in spite of the country’s dysfunctional systems. With a median age of 28 among startup founders in Nigeria, 76% of these small and medium scale businesses are creating jobs with an average of 8.5 FTE per venture in spite of immense challenges, he argues.

“If not for venture capitalists, how many of our businesses will survive?”

“The country is a ticking time bomb and it is small businesses that are preventing it from exploding,” he says.

While he is wary about government bureaucracies and its inefficiencies, Iortim says there are plans for Gricd to pursue a Pioneer Status from the Nigeria Investment Promotion Commission. Open to a number of sectors, the Pioneer Status Incentive exempts eligible companies and products from taxes for an initial period of three years renewable for another two years. Iortim is also hoping that the startup community comes together more and more into a united front to tackle government irregularities which have direct bearings on the profitability of businesses across board.

In another five years, Iortim says he should’ve exited Gricd.

By then, he hopes to have grown Gricd’s operations large enough to make it one of the biggest logistics players in the country especially as it concerns agricultural produce and healthcare supplies. The Frij Box, for instance, would have more than quadrupled in size as at then to cater to more bulky farm produce which Frij Box is unable to at this time and partnerships with companies like Kobo360 will be a possibility as there are lines of intersection for both businesses.

“We are still going back to providing for the Agric space but we need to figure out how to build this technology on a larger scale before we go back.”

Actively in pursuit of manufacturing partnerships initiated during the PitchdriveAsia tour with a handful of Asian manufacturers including Yamaha, Gricd is on its path to reducing its production costs and growing its imprint in the country and on the continent.

Iortim is adamant that startups, especially technology-driven startups hold the key to economic growth and solving dire challenges of the country and must be taken a lot more seriously by the government.

“I’m not saying that we can solve all the problems but I’m saying that this ecosystem has made life a whole lot better.”