My Life In Tech: Moyinoluwa Adeyemi on running, coding and being the first 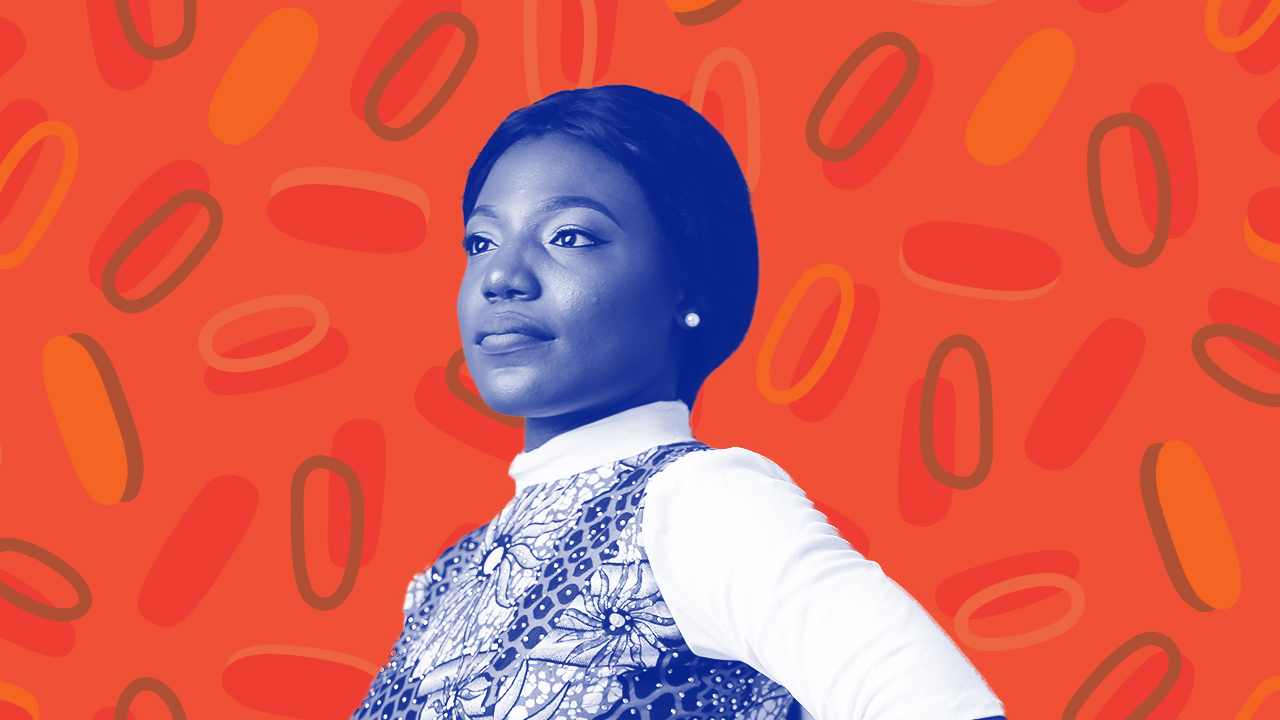 I’m on a treadmill trying to complete a two minute stretch of intense run when I feel some pain on my right knee and I fleetingly ask myself ‘What Would Moyin Do?’ I had spent about an hour earlier that afternoon speaking with Android Developer and Google Developer Expert, Moyinoluwa Adeyemi for this week’s column.

As with many of the individuals whom I’ve profiled in the past, I tend to begin an interview by asking them to describe who they are. A seemingly innocuous question, I’ve found it revelatory and often difficult to answer. Adeyemi hesitates for a bit and lets out a nervous laugh but gets into her response assuredly. “Android Developer who, outside of my daily tasks, loves to give back to society so that means a lot of speaking, writing, and organising events.”

Adeyemi’s entry into Android development began during her undergraduate studies at the Obafemi Awolowo University in Ile-Ife, southwest Nigeria. Despite ongoing studies in Computer Science, it was her involvement with the Google Developer Group in Ife, then run by fellow student Wale Oyediran that stirred a thirst for app development. Surrounded by students whom she describes as hungry to learn and to share knowledge, she asked the help of some friends who were building mobile apps for older generation Nokia phones.

“I got them to teach me and that was how the dev journey started.”

In 2016, one of Adeyemi’s Android projects, Yoruba Watch Faces, became wildly popular, particularly for its ingenuity in the use of a local dialect. Some say it is possibly the first African indigenous clock app on the Play Store. Since building in 2016 and undergoing an update closely after its first release, Adeyemi is now looking to rebuild the app.

If you’ve ever gone back to a piece of writing or video project or line of code after many years of working hard on improving your skills, you will understand Adeyemi’s desire to rebuild Yoruba Watch Faces.

“I look at the code I wrote then and I’m like, it wasn’t me that wrote this.”  But there’s also a lot of user research and feedback that has come since then and which, when incorporated into the app, can greatly improve it. So following a Twitter call, she now has a small team of two— Lade Tawak, User Researcher at Google and Momoh Silm, Product Designer at Eden—who have volunteered to work on rebuilding the app. Linguist, Kọ́lá Túbọ̀sún, who provided a lot of language help for the initial version, has also provided an API “that lets you translate text into voice” so the new version will have a text-to-voice feature when it is launched.

One developer, one code, at a time

“The community built me. It’s by default that I like to give back.”

While still an undergraduate, Google had launched its GDG Women community, as it was called at the time (now called Women Techmakers) and was looking for organisers across the world. Oyediran, the organiser of the Ife GDG community, reached out to Adeyemi.

“At that time I was also young and hungry and I used to say yes to everything. I didn’t care what it was.”

She became the first GDG Women’s Lead for Nigeria and later on stepped into the role of organiser of the larger GDG Ife community when Oyediran graduated and moved on. By 2015, having moved to Lagos with a two-year organising experience, she joined GDG Lagos as a co-organiser with focus on organising Android events as well as leading the formation of the Women Techmakers Lagos group in 2018.

“This year, I thought seriously about it and decided to resign. To give someone else a chance to take over. So I brought Ada [Nduka Oyom] in to ensure continuity but she’s now at Google so they’ve brought someone else in.”

She was also eyeing the Google Developer Expert title and since that would have ensured she remained in the community, it made sense to hand over the reins to someone else.

“These days I say no first,” Adeyemi says when I ask if she still jumps at every opportunity presented to her. A lot of it, she says, is the by-product of growing up or adulting, in pop culture parlance, a sentiment we both share.

I’m surprised Adeyemi is the first Android Developer Expert in Nigeria, what with all the tech activity in Lagos alone. But technically, she isn’t. Segun Famisa is but having relocated to Europe, he’s technically not in the sub-Saharan Africa region though Nigerian.

How did achieving this feat make her feel? “Okay,” she says with a shrug. Then her face lights up. Two years ago, she was actively chasing GDE status.

“I wanted it at all cost. And my boss then used to tell me to calm down.”

After a while, she shifted her focus from chasing the GDE title to community participation and bettering her skills to attain senior developer status instead. So without that intense desire for it, in another two years, the title came.

“I didn’t even have to work as hard as I did two years ago,” she adds.

Interestingly, Android GDEs are concentrated in South Africa, she says and alludes that this might be because, after a rush for the status, requirements became more stringent for hopefuls. Ultimately, a GDE status comes with years of expert technical skills and community development, a seemingly rare combination for Android Engineers.

Her new status comes with more speaking tasks, facilitating and mentoring at workshops as well as writing and creating visual learning content.

“This year, I have given talks at seven different conferences in Africa and the US.”

The thing with running

Adeyemi has been running marathons consistently for four years. It’s one of the first few things you learn about her either from her online platforms or from the people who know her. Having moved to Lagos in 2015 and owing to the sedentary lifestyle ahead of her as an Android Developer, running became a core part of her life.

“I didn’t want to put on weight. I also knew that if I didn’t find a way to fit this into my schedule, it will never work out.”

So she joined a running group that met three times in a week, and discovered members of the group who ran marathons. The Lagos City Marathon in 2017 was the first, then another earlier in February at Ife where she really began her long distance runs followed by two 42km marathons in October alone including a midnight run organised by a group called Road Warriors in commemoration of Nigeria’s  59th independence anniversary. I mention Japanese writer Haruki Murakami who is a marathoner and has a memoir on writing and running, and ask if there’s any such correlation for her. While a race doesn’t translate to a functional line of code, Adeyemi agrees that the discipline of running consistently for all these years have come to bear on her work ethics and consistency.

“Willpower is not enough. You do what you have to do whether it is pleasant or not.”

Twice while running marathons, Adeyemi has had to trudge on to the finish line in pain. A failure to pack some training race gear and wearing new ones on race day proved problematic in her second marathon so that she finished with serious injuries between her thighs due to chaffing. Her last race at the Nairobi Marathon saw her limping and walking at intervals with a knee injury to the finish line.

Adeyemi says her experience as a woman in the field hasn’t been tainted by discrimination for the most part. But she recalls having to fight for a spot outside kitchen duties with the GDG community in Ife as an undergraduate.

“When we had events, I was usually put in charge of food and the guys will give the talks. So we will be organising the event and all I’m thinking about is how to feed all the people who come and the guys are giving all the talks.” She recalls being angry about it and asking why she was relegated to serving food when she could be recognised for her technical abilities as well.

“That is also why I’m very proud of the GDE title because it didn’t come to be because I am a woman but because I put in the work.”

There were also only a handful of female engineers to look up to when she started out.

“I started asking the guys who the women engineers they knew were. There was Zainab Ahmed a senior android developer at Konga, there was Ore Somolu, Martha Alade, Nkemdilim Begho. These were the very few women I could point to who were in tech at the time.”

“I remember our first GDG Women event. We had planned for 100 people, only 20 showed up.”

Have things improved since then? She says they have. Some of the young women she started out with have since gone on to work at Microsoft, Flutterwave, and Andela and she continues to drive for balanced speaker demography at events she organises and encourages entry-level female developers to reach out personally if they ever need help or encouragement for the road ahead.

From Europe to the United States, border laws are becoming fiercer as governments across the globe continue to find ways to tackle migration especially from less developed regions like sub-Saharan Africa.

Every year since 2014, Adeyemi tells me she has had at least one visa rejection stamp on her passport. With the growth of fields like Machine Learning where research data and personnel are consciously or unconsciously tilted against minorities, it is critical that barriers to more inclusive research are encouraged but sadly, this is not the case.

Adeyemi agrees that there can be an utter disregard for immigration laws by Nigerians but the West needs to be more diligent in their vetting process if that is what it’ll take to stop senseless rejections for cogent travel reasons.

“I actually know someone who got a visa to attend a tech conference and never came back a couple of years ago,” she says. When I ask if inviting organisations and conferences should initiate sorting out travel documents for people like her who speak often at events and have a lot of knowledge to share, she says they should. But a lot of them do not really grasp the situation.

It’s been a busy year for Adeyemi still from updating the 2019 DevFest Lagos event app which she built last year alongside Chizoba Ogbonna to contributing to a book Living by the Code authored by Enrique López Mañas and the Raywenderlich Tutorial Team. Next year, Adeyemi says she is considering co-authoring a book but will be looking to provide more in-depth knowledge sharing especially through videos.