In 2020: Will Twitter remain Nigeria’s favourite branding and conversations app? 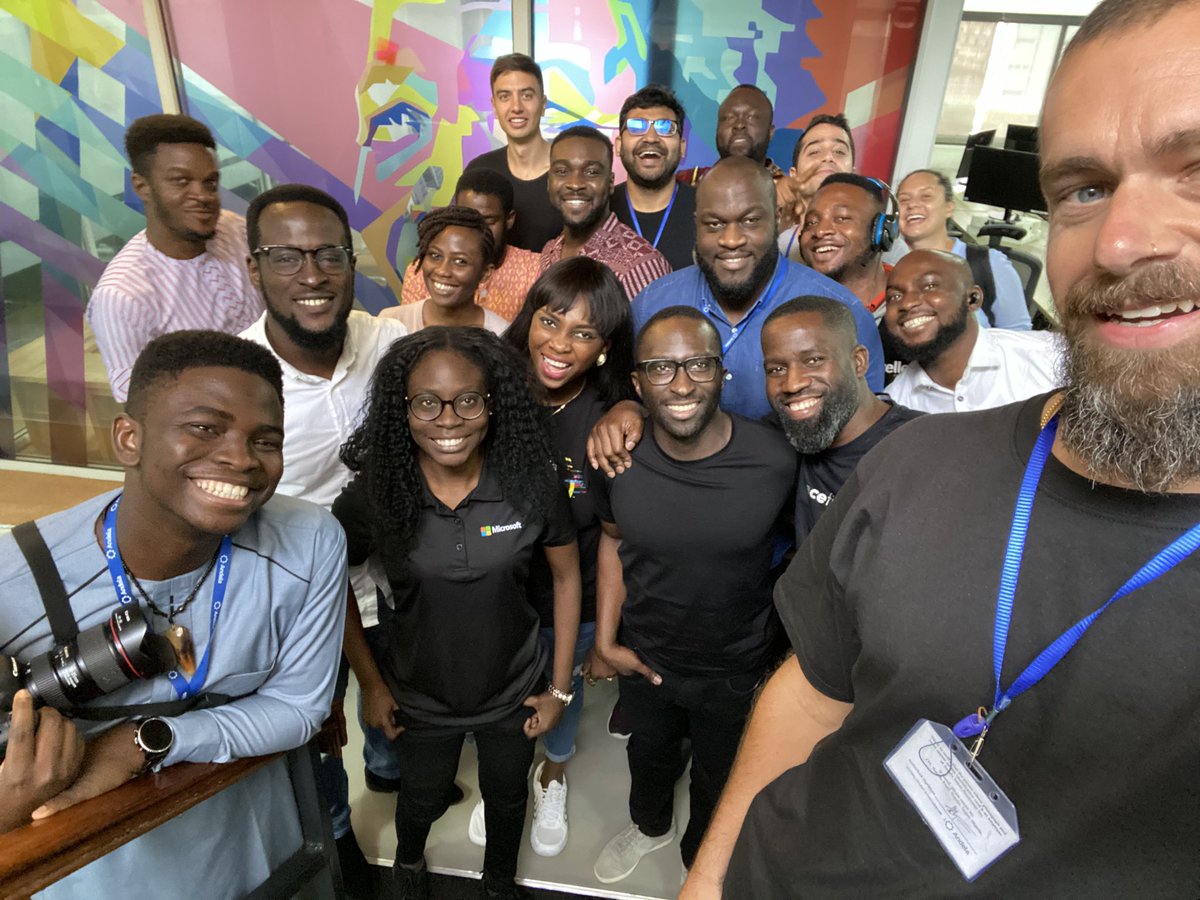 He enjoyed Tiwa Savage’s “49-99” and did an impressive zanku. But Jack Dorsey’s visit in November was about one thing: increasing the number of Nigerians on his app.

Perhaps, for good reason. Twitter has become the place to ‘shoot your shot’ and score a job. Dara Oladosu, creator of the ‘Quoted Replies’ bot, was one of 2019’s biggest tech inspirations. Getting a job offer from Kayvon Beykpour, Twitter’s product lead was evidence that a good product sells itself.

Over the past decade, we have seen changes in the way information is dispersed and consumed. We have moved from newspapers to online forums, to blogs and then Twitter for trends in politics, entertainment and sports. But will it get more traction with Nigerians in the coming decade, pushing beyond its paltry 2 million users in a nation with more than 90 million internet users?

After signing up in 2009, he did not understand how it worked, and so abandoned it. Starting a blog a year later proved the eye-opener as Twitter became useful for distributing his content. At the time, it was a small circle of users. Today, a new user without a notable offline identity may find entry challenging, Okereke – who works in digital marketing, says.

Eight years after creating an account, twenty-four-year-old Thani Sheun has still not adapted to the micro-blogging website. He prefers Nairaland, the Nigerian online forum similar in content to Reddit but from a user-interface perspective, is in a weird class of its own.

Unlike Twitter, Nairaland has always had a structure that lets users follow sections they are interested in, a feature that appeals to Sheun. Structure is also why he’s often on Quora and Stack Overflow.

But as a software developer with big aspirations, he realizes most tech people and developers prefer Twitter to other social networks. Michael Abu, a twenty-three old architect who lives in Edo state, transited from Nairaland after searching online for mentors and discovered they used Twitter. Sheun and Abu agree many trends and memes on Nairaland are beginning to emanate from Twitter.

On Instagram, a piece of content can be popular by the number of likes on it, yet restricted in interaction and reach. On Twitter – thanks to the retweet button – popular content summons everyone to the market square.

“I believe a Twitter strategy supersedes all others,” says Dikachim Nwankwo, a product marketing professional. He learned this first-hand after his graphic of different Nigerian banks in July 2018 stirred a mini bank war requiring the central bank’s intervention.

“There is an opportunity to break the internet if the content is capable of breaking the internet,” he says.

“It helps when you provide the gist that people start their weekend with.”

A platform that makes content stay with consumers is the digital marketer’s dream vehicle. The travel blogger Funmi Oyatogun agrees: from about 300 followers in March 2018, she’s now in possession of a 31,000-follower profile. Twitter enabled her communicate carefully-curated travel and tourism content to wide audiences. She’s now in an envied class of trusted subject-matter influencers.

So will more Nigerians get on Twitter to sell their market? Well, it’s not that straightforward.

After seven years of dutiful tweeting, I had earned the glorious follower count of 474 when Dorsey’s employees decided I crossed a line deserving of indefinite account suspension. Two appeals requesting restoration have been futile. My offence? Apparently, exceeding the limit for direct messages sent to people who do not follow me. Ergo, I was a spammer. Or cyberstalker, I’m not sure (they didn’t specify).

Twitter’s rules for removing accounts are unclear, and can be frustrating for those who spend time building a profile. “Most of the accounts we suspend are suspended because they are spammy, or just plain fake,” Twitter says.

Pamilerin Adegoke, a social media influencer, doesn’t know why his blue-tick account was suspended in September. Two other accounts on his device – including one for his foundation – were suspended. Word on the street was that he was suspended for cyber-bullying Tacha, a housemate from this year’s Big Brother Naija show. He doubts this reason:

“If it’s due to bullying Tacha, why were other accounts suspended? Four of my friends’ accounts were also suspended that time; did they also bully Tacha?”

According to Twitter, accounts are suspended if they “introduce security risks for Twitter and all of our users.” They admit a real account could get caught in a purge of fakes and will work “with the person to make sure the account is unsuspended.” (Pamilerin made a successful comeback touting a glorious year, but got suspended again.)

Being “smart and strategic,” Okereke says, is the formula for relevance. Twitter’s not for the lazy and those who think it is elitist “don’t want to do the hard work.”

In the coming decade, Twitter will add new features to keep users engaged and make the site safe for conversation. They’ve walked back a proposal to remove inactive accounts. They’ve banned political advertising. Dantley Davis, their vice president of design and research, has been thinking out loud on possible features to be rolled out soon:

We’ll probably never get an edit button. Best to let that desire pass with the decade.

But there are low-hanging fruits that could get more Nigerians on board. For one, Oyatogun wants to see the company optimize the platform for images, an advantage she believes makes Instagram the preferable social media for e-commerce. Kọ́lá Túbọ̀sún, a Nigerian linguist, has long campaigned for Twitter to include facilities for tweeting in indigenous languages as many literate people prefer communicating in local dialects.

“Are there capable people in Nigeria who can write in their languages, The answer is yes,” Túbọ̀sún says. In a country of 400 languages, the choice to use familiar tongues will “generate familiarity and give them space” to foster community values.

What’s been your Twitter experience over the past decade and what could make conversations better on the platform? Let us know: alex@bigcabal.com