Insight: How Trove built access to US bonds, Chinese stocks and cryptocurrencies for Nigerians 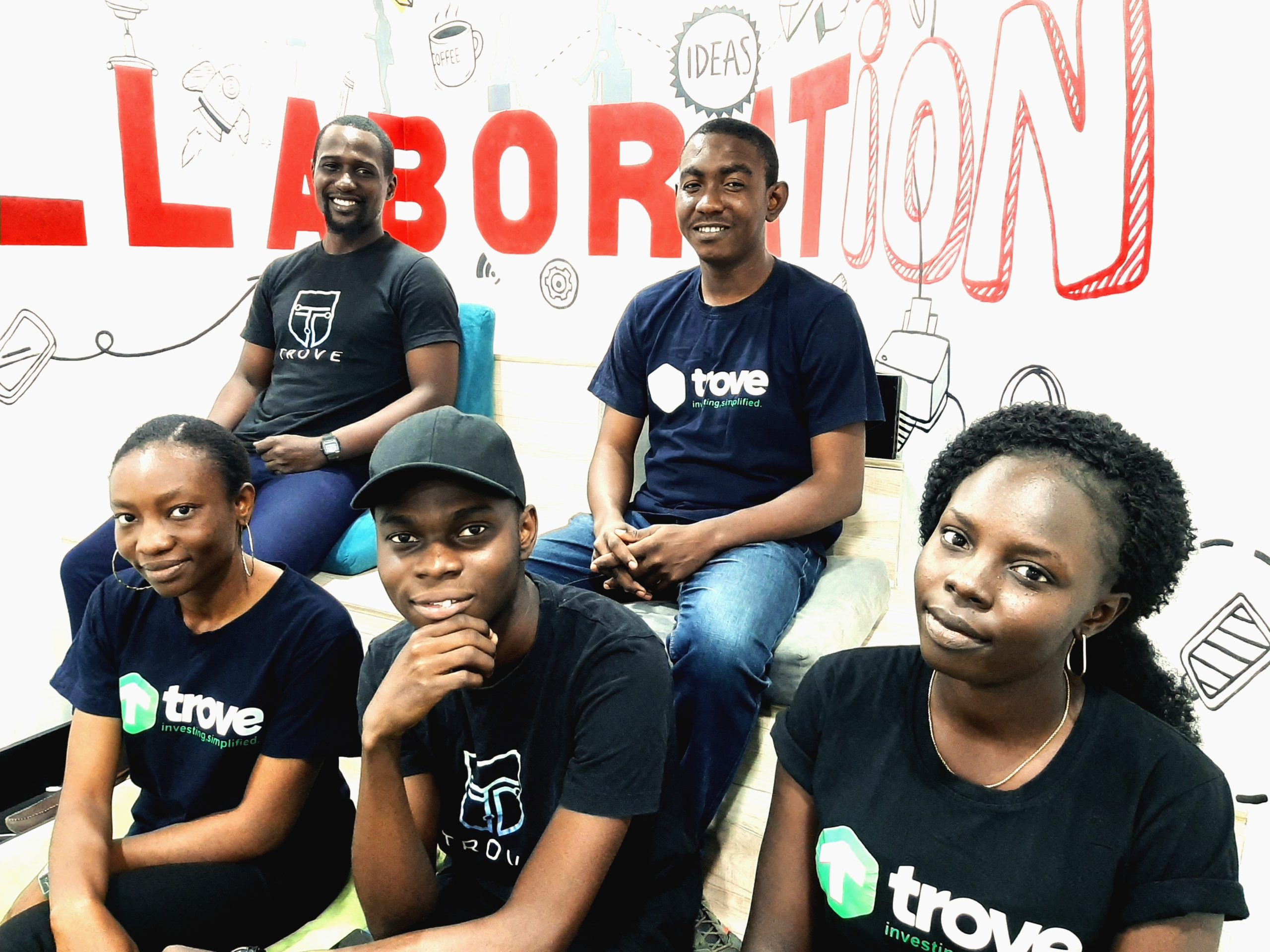 By virtue of his study and work in Dallas, Texas, Austin Akagu was familiar with Robinhood. The $7.6 billion-company lets users in the US trade financial securities from the convenience of a mobile app. But Akagu wanted to be able to buy stocks from his home country Nigeria without going through local brokers. At that time, Oluwatomi Solanke, whom Akagu had known from Kings College Lagos, was looking for ways to invest in foreign equities from Nigeria.

Having worked together on smaller projects before, the secondary school mates thought it wise to collaborate on an app-based micro-investing solution for the Nigerian consumer.

“It was a collective pain point,” Solanke tells TechCabal. With Desayo Ajisegiri and Opeyemi Olanipekun (another KC alumnus) on board, they formed Trove in July 2018.

Trove provides Nigerians access to shares of publicly-traded companies in Nigeria and the United States. Users download the Trove app, sign up with basic personal information and start trading with as little as ₦1000 ($2.73). Besides US stocks, cryptocurrencies, government bonds, mutual funds and shares of Chinese companies are on the menu too.

It is one of a handful of Nigerian fintech services launched in the last 18 months with a big ambition: to democratize access to the treasures being traded by the world’s wealthiest on the most valuable global stock exchanges.

The Nigerian Stock Exchange (NSE) has a market capitalisation of about $71 billion, while NYSE and NASDAQ cap at $23.21 trillion and $11.22 trillion respectively.

The value of a micro-investing app is captivating if you consider how straightforward wealth creation can be thanks to the magic of compound interest. Yet, investing in stocks can be a confusing, frustrating endeavour for regular folk. Going by their latest big-name equity investor and a peculiar founding journey, the Trove team wants the aspirational Nigerian to keep calm and anticipate exciting times.

Clarity came late in 2018 on how Trove would work practically.

“Being first, there wasn’t necessarily any template to go by,” Akagu tells TechCabal. “We had to learn on the fly.”

As first movers, the four co-founders needed to blend their diverse competence and experience to figure out the uncharted path Trove was about to create.

The breakthrough came in February 2019 in the form of Labs by ARM. It was a 12-week accelerator programme by ARM, one of Nigeria’s largest asset management firms, organized in collaboration with Ventures Platform, a Nigerian private equity firm. Labs provided the Trove team access to mentorship, strategic support and an opportunity to challenge the rigorousness of their idea. A private beta version of the Trove app had been released in August 2018.

A week of good news from the end of April to the beginning of May 2019 saw Trove demo at the Labs 1.0 finale and launch their app to the public. They’d go on to raise their first equity investment from Ventures Platform, joining a portfolio that includes fintech rising stars such as Paystack, Piggyvest and Mines (now Migo). Kayode Oyewole of Ventures Platform called Trove’s vision “a world of borderless investing.”

ARM gave ₦3 million ($8,200) grant to all six participants of the programme but decided they were interested enough in Trove’s proposition to warrant further discussion. Those conversations have culminated in the recently announced equity investment – it was actually closed in November 2019. The value is undisclosed but Solanke describes it as “substantial” though not near a million dollars.

A stable foundation for success

For Trove, accepting ARM’s investment has more strategic than monetary value. “We are fortunate to be in contact with people like ARM,” Solanke says, noting that it would have been uneasy to build such a sensitive service in a low-trust Nigerian environment. With $3 billion in assets under management, ARM’s backing should be pivotal for the narrative Trove wishes to sell in the US and Nigeria.

Presenting a compelling business case to US brokers was necessary to dispel fears about unpleasant aspects of Nigeria’s international business reputation, according to Akagu. It helped that they had members of the founding team on the ground in both countries. Executing partners include Sigma securities (in Nigeria) and Drive Wealth (in the US), in addition to “about four to five brokers,” Akagu says.

More partnerships on the way

Micro-investing might be the new fintech frontier to watch out for. Competition is brewing already with Chaka, Rise and Bamboo (all backed by Iyin Aboyeji’s Future Africa Fund) entering the space last year. Solanke, Trove’s CEO, says they aren’t flustered: “We have other relationships we’ll announce soon.”

In October 2019, Trove got another ₦3 million at the NSE’s first ever capital market hackathon, three months after receiving equity funding from CIL Acquico, a Nigerian holding company. ARM’s twenty-five-year experience makes them the “go-to institution if you are building an asset management solution,” Solanke says. He is confident in Trove’s ability to distinguish itself in the early micro-investing startup race.

Like their competitors, Trove adds a disclaimer: they are “a technology platform, not a registered broker-dealer or investment adviser.” However, they want consumers to be confident in the credibility and capacity of the people running the start-up. The combined years of engineering, investment banking and financial services experience of the four co-founders, Solanke says, put them in good stead to successfully run a demanding micro-investing service.