Flutterwave and Paystack, and an acquisition path for African fintechs 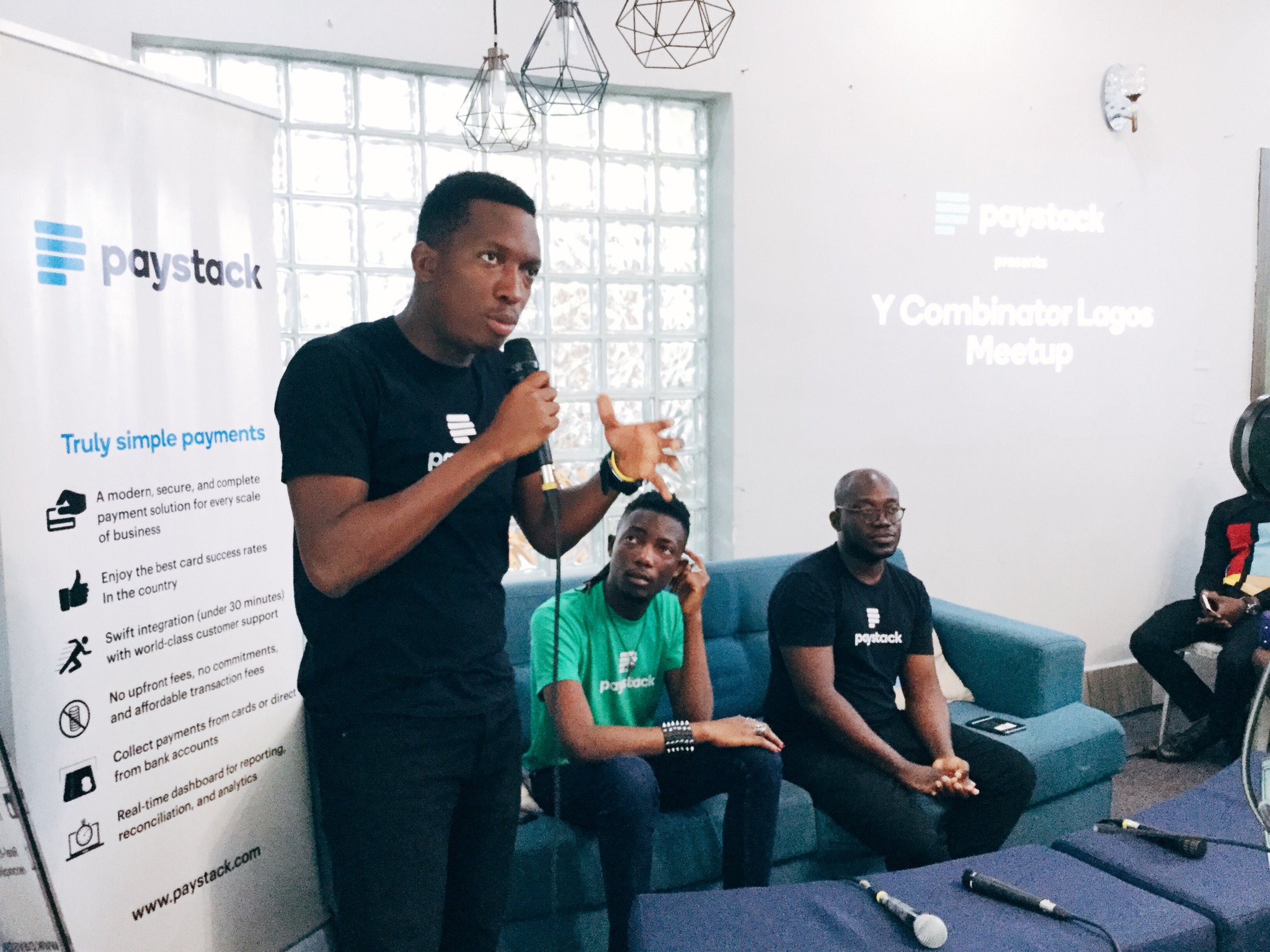 There’s a consolidation going on in the fintech space.

On Wednesday, 15 January, Visa announced it was acquiring Plaid for $5.3 billion. Plaid is a US-based fintech that develops financial services APIs, similar to what Nigeria’s Flutterwave and Paystack are doing. But rather than process payments, Plaid APIs help other developers connect to customers’ bank accounts. It operates in the US and some European countries where banking APIs are more robust.

Plaid is an aggregator. It is connected to over 11,000 financial institutions making sure that users’ banking information can easily be connected from any Plaid-powered app. It doesn’t sell user data. It makes its revenue by selling licences to other companies and developers.

Visa sees Plaid as a valuable company; a must-have. The startup was valued at $2.65 billion in 2019, but Visa is comfortable to pay 2x that amount just to keep it all for itself. FYI, Mastercard also invested in Plaid in 2018.

While the Visa deal might seem like a one-off, it is part of a massive wave of deal-making that has happened in the global fintech space in the last few years.

The deal-making season started with Mastercard’s $920 million acquisition of VocaLink in 2016. VocaLink is a heavyweight in the financial systems of the UK, Singapore and Thailand. It processes over 90% of salary payments in the UK and billions of other transactions worth trillions of dollars.

Following the deal, other fintech companies have made serious moves.

Visa made a move of its own. In May 2019, it acquired Earthport, a company that provides cross-border payment services for banks. And in July 2019, Visa snapped up another company. It acquired PayWorks, a German payments company developing POS technology.

Months later, Mastercard battled a number of companies for control of Nets, a European payments company. It ultimately acquired the company for $3.2 billion in August 2019.

Visa’s Plaid acquisition on January 15 only builds this trend.

Iyin Aboyeji, co-founder and former CEO of Flutterwave told TechCabal that the buying spree is expected. “Mastercard had bought VocaLink which is the UK version of Plaid. Anybody would have seen that they [Visa and others] are going to look for an American [or other] buy,” he said. “It was only a matter of time.”

These are heavy deals. According to one report, the total value of mergers and acquisitions in the fintech space was $116.6 billion in the first half of 2019 alone, up from $31.8 billion in 2018. Fintech giants are also making key investments in startups in different markets.

And these companies are only just getting started. PayPal will spend “$3 billion each year on acquisitions going forward”, said its CEO Dan Schulman in 2018. In the third quarter of 2019, it spent over $4 billion to acquire browser extension, Honey and a 70% stake in Chinese company GoPay. With the GoPay acquisition, TechCrunch reported that PayPal became the first foreign payment platform to provide digital payments in China, a $30 trillion market.

But what does this have to do with Nigeria’s two leading fintech startups?

Flutterwave and Paystack are two of Nigeria’s and Africa’s biggest names in the fintech industry. Within the last five years, both companies have disrupted the space. They’ve succeeded in crashing the cost of processing payments in Nigeria and are developing APIs that are making it easier for smaller players to develop innovative financial services.

Like Plaid, Flutterwave and Paystack have developed APIs for identity verification, checking of account balances, automating bank transfers, among many things. Both power companies of different sizes ranging from Uber, CowryWise, Wallet.ng among others.

Following Visa’s $5.3 billion Plaid acquisition, the Plaid’s CEO Zach Perret disclosed that they got to know Visa through its “initial strategic investment.” It served as a “jumping-off point for a series of conversations” leading up to the deal, he told CNBC.

Unlike their counterparts abroad, Paystack and Flutterwave have not raised “very huge” rounds. Paystack has raised $11.7 million. While Flutterwave recently completed a $35 million Series B round bringing its total funding to $55 million.

Yet, the two companies have scored major backing from important investors including venture firms and fintech giants. These deals represent significant validation and support for both companies, and they are also “strategic investments” from the world’s elite fintechs.

Paystack is backed by Visa, Stripe and Tencent which owns Chinese superapp, WeChat. Equally, Visa and Mastercard have invested in Flutterwave. Flutterwave has also secured an important partnership with Alipay. And with its latest funding round, American payment company, FIS, became a Flutterwave investor and partner.

It means big companies are encircling Flutterwave and Paystack. As investors, these big companies could have privileged information about the growth levels at these startups. With enough information, it is easier for these strategic investors to make a decision about what company to acquire.

In the case of Plaid, Visa paid $5.3 billion, exactly two times Plaid’s book value. Some analysts believe this was no coincidence.

Since the start of the year, a number of insiders are predicting that a major Nigerian fintech could be acquired in 2020.

This prediction sounds plausible for a few reasons.

First, the African market, especially Nigeria, is making an important transition from cash and card payments to digital payments. Data from the Nigeria Inter-bank Settlement Scheme (NIBSS) shows that the volume of digital payments grew 494% in 2019.

The biggest growth came in December 2019 when Nigerians transferred ₦149 billion using their mobile devices, up from ₦28.14 billion in December 2018. This is good news for companies like Paystack and Flutterwave who process online payments for thousands of Nigerian and international companies.

The rapid adoption of mobile transactions could make plastic cards obsolete. Meanwhile, this could reduce business opportunities for card companies like Visa and Mastercard.

A second reason has to do with the fact that Africa is a frontier market and Nigeria is an important part of it. The Nigerian financial market is growing as different companies including banks and fintechs push financial services to more people. As these services continue to penetrate the market, financial enablers like SystemSpecs, Interswitch, Flutterwave and Paystack become important. So it’s no surprise that last year Visa acquired a 20% stake in Interswitch worth $200 million.

For fintech giants, Flutterwave and Paystack are more attractive. They are young, agile and are growing fast, both geographically and with their transaction volumes.

The consolidation in the global fintech industry could create an urgency for more acquisitions. Companies like FIS and Alipay are hungry for new growth opportunities. While Visa and Mastercard want to remain relevant in the post-card-world of Africa.

Would an acquisition happen anytime soon? We don’t know. But what is clear is that consolidation is ongoing in the fintech world and big companies may have Paystack and Flutterwave on their acquisition list.

But it’s not only these two companies that look like acquisition targets at the moment. Iyin Aboyeji believes companies like OPay and PalmPay, a service owned by Chinese companies Transsion Holdings and NetEase, are disruptors that could be acquired by big players. True to this, OPay has attracted big money investments from SoftBank, Sequoia Capital and ByteDance the company behind TikTok.