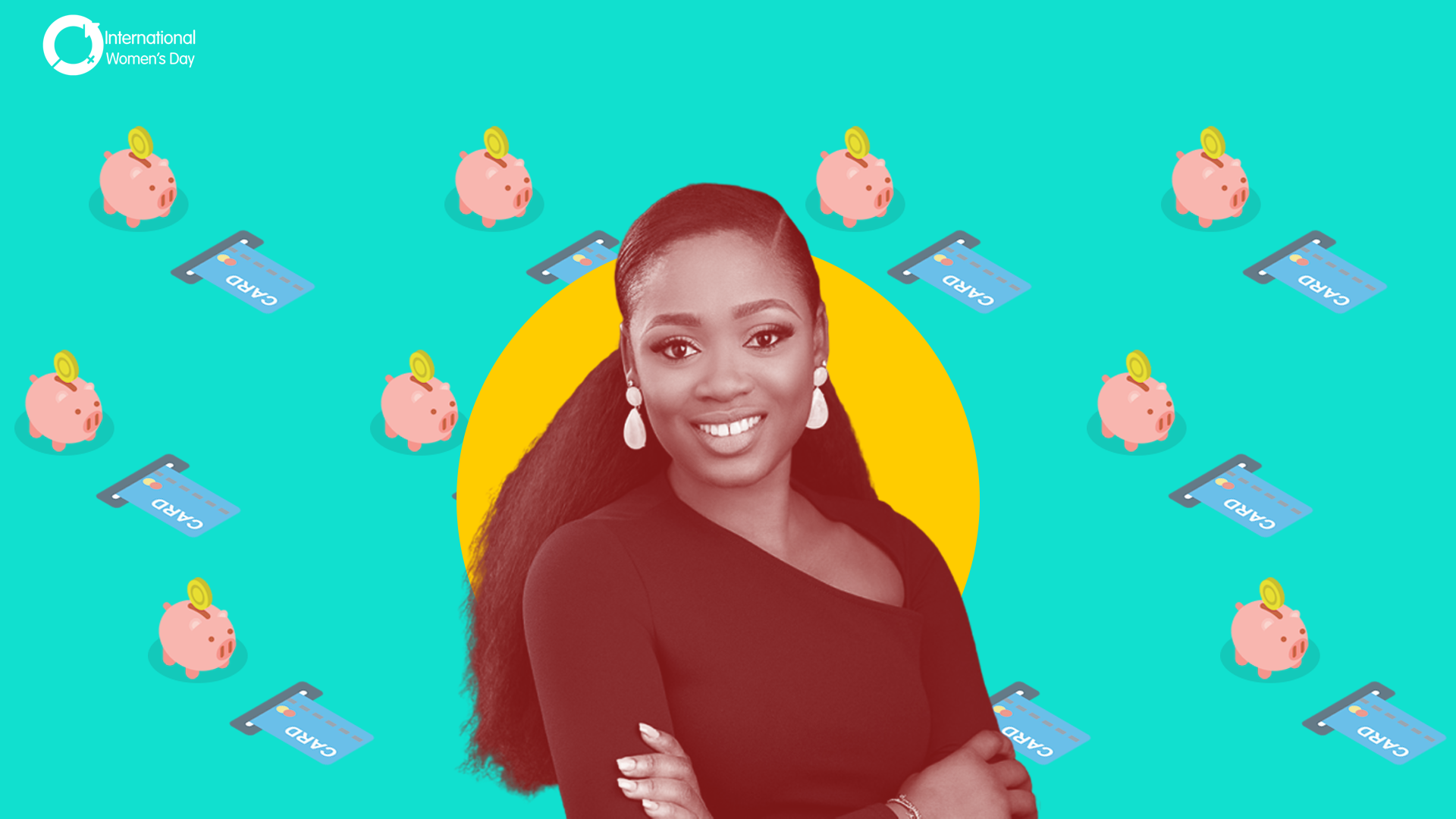 My Life In Tech is putting human faces to some of the innovative startups, investments and policy formations driving the technology sector across Africa. For Women’s Month, we are profiling some of Africa’s female founders, C-suite executives, investors, and policymakers.

When I meet Tomilola Adejana, Co-founder and Chief Executive Officer of Bankly in January at the company’s office space in the sprawling 1004 Estate Complex on the Lagos island, our discussion kicks off with a question about my job and what tech stories there are to tell especially outside of Lagos state, outside the Lagos bubble where her company has made huge strides.

“My company is scaling up heavily in the north,” she says, as are many others in the financial technology space where Bankly plays.

Bankly, in simple terms, digitizes cash and provides micro businesses/individuals working in the informal sector a safer path to savings.

Small businesses and informal/blue-collar workers rely heavily on thrift collection systems (called ajo in the west, adache in the north and esusu in the east) to save. Bankly provides digital frameworks for these systems eliminating fraud, decentralising funds and improving transparency.

Alongside these, users can also carry out transactions such as bill payments and transfers. Data which the organisation collects is also providing relevant information to legacy financial institutions and other such bodies who want to support these businesses with loans but have little data to work with to substantiate or guarantee the loans.

Bankly went live on July 10, 2019 and in a short timeframe has garnered interest and support from investors, accelerators and relevant government agencies. This year, Bankly beat 13 other global finalists to win the 2019 Innovating Justice Award organised by the Hague Institute for the Innovation of Law (HiiL). Bankly was also selected to participate in the Startup Bootcamp accelerator programme in 2019 which they turned down in favour of some time at GreenHouse Capital’s accelerator programme.

“I didn’t know I was going to start Bankly,” Adejana tells me.

Adejana’s career started out as an investment banker with Meristem where she spent four years having bagged an undergraduate degree in Physiology from the University of Lagos. A tri-city masters in Business Administration in Investment Banking and Financing at the S. P. Jain School of Global Management took Adejana to Dubai, Singapore, Sydney in 2015 and it was during her time in Sydney that she first got involved with fintech.

“I was put on a project to help a company that was doing peer-to-peer lending.”

During her final months on the course in Singapore, she was attached to a private equity firm who wanted her to conduct a fintech market survey in Nigeria, Kenya and South Africa to help them identify and develop a new product for the market. Instead of staying back to take up a job offer, she returned to Nigeria at the end of 2015 and joined a friend to develop a product called SmartCredit. SmartCredit was a lending product born out of a partnership between Access Bank and Airtel. It was while working on this product that the idea for Bankly was born.

SmartCredit offered nano loans to small businesses via a combination of the telco’s USSD platform and an Access mobile money wallet. By combing the borrower’s phone records, SmartCredit could decide who was or wasn’t eligible for a loan and how much loan they were entitled to. The monies could be withdrawn via cashless transactions across ATM terminals in their locations. But repaying the loans became a Herculean task.

“Just like in the movies, it was easier to download money than it was to upload money,” Adejana recalls. She didn’t know yet that she was sitting on a goldmine.

In 2017, Accion Venture Lab launched its Company Builders program as a means to seek out and support the development of more inclusive fintech products in sub-Saharan Africa. Adejana joined the first cohort of the program as the only female in the group.

“Bankly was formed during the six month duration of the Accion program,” she says.

The time and learning during the program proved valuable in researching her idea to digitize cash which she says involved a lot of leg work and interfacing with the community: micro street business, informal/blue collar workers, market women, transport workers, businesses that relied heavily on cash transactions.

It was also during the program that she met her co-founder Fredrick Adams. By May 2019, they had launched an MVP in Abeokuta to a group of students who were manually trying to do a thrift collection.

“I call myself a digital Alajo Somolu,” Adejana says, after the business of a famed Nigerian thrift collector, Pa Taiwo Alphaeus, who popularised ajo collection in the 50s.

For financial services to reach the last mile, they have to assume the nature and distribution models of fast-moving consumer goods, Adejana argues.

This informed the first model Bankly employed which was to help small businesses digitize their cash using vouchers. Just like mobile phone network vouchers operated, users could visit agent outlets to purchase vouchers for digital monetary value which could in turn be saved, transferred or used to pay bills. While Bankly’s voucher model has not been made obsolete, Adejana says she quickly realised there was a level of scale required to propel the voucher model that they did not have.

“So we started building out our agent network.”

The Central Bank of Nigeria’s Head of Digital Financial Services, Stephen Ambore, during a financial inclusion summit last year said 60.3% of Nigerians were formally or informally able to access financial products and services to meet their needs as at 2012. Under the National Financial Inclusion Strategy (NFIS), the Central Bank has set out to increase this number to 80% by 2020.

From the Enhancing Financial Innovation & Access 2018 Fintech Landscape Report, a combination of physical and digital solutions still presents the best model to enhance inclusion and Bankly seems well on its way to perfecting this mix.

Adejana insists she is not trying to force the product on the market however, but will let her team’s continuous interaction with its 10k+ existing, and potential users determine how the product evolves to meet their needs.

Woman of the people

There’s a lot of zest and warmth about Adejana when you meet her and maybe this is a direct result of a genuine interest in people and their stories.

“Technology doesn’t solve issues, it is only an enabler,” Adejana insists when I ask if she had always been interested in tech as a child or a teenager.

“An interest in technology without looking at the people side is just a waste of time,” she says matter-of-factly and rightly so. Every global technology phenomenon has been borne out of the need to solve a core human need. Or want.

And she has placed this drive square and center since the idea for Bankly was conceived, and this has come at some cost.

The bootcamp would have required her to live in Cape Town for three months at a time when she strongly felt the market for Bankly was in Nigeria and there was no reason to spend more time away from doing the groundwork back home.

“One of the things I find in this space is…it is easy to be a media entrepreneur,” she adds. “It would have been fun to be in Cape Town. I had already been contacted by the BBC, FastCompany, but I was like, we just started! I have barely built out anything!”

This was barely a month after the MVP launched and she was still manually facilitating transactions at the backend since there was no NIP infrastructure to initiate automated transfers.

“Customers would save and when they request for a transfer to their bank account, I’ll get the email, go to their account and make a transaction to make it seem as seamless as possible.”

The GreenHouse Capital accelerator which was going to take place in Lagos proved to be a more useful alternative that allowed her to continue working on developing Bankly while learning how to scale.

What gets her up and going every single day, even on the bad days? Adejana says she is absolutely certain there is nothing else she is supposed to be doing at this time of her life but running and growing Bankly. In addition to having found a problem to solve profitably, that is. With an incredible partner and team, that is a long way off but the dreams are very much alive and propelling.

“One of the best things that has happened to me was having Fredrick because it is a lonely journey if you do not have someone completely sold out to the journey with you,” she says with a huge smile.

We are just working with licensed partners but having conversations with the Central Bank around what regulatory and supporting policies can help sustain the growth and scale of the company.

A “fantastic UI/IX designer”, Adams has been responsible for building out Bankly’s web and mobile platforms as well as its products as the current Chief Product Officer.

Sitting at her desk in front of an inspiration wall comprising painted portraits of Ibukun Awosika, Serena Williams, Michelle Obama, Adichie, and Maya Angelou, Adejana says with 100k transactions in the books for Bankly, there is a lot more to come. This year, the company will focus on scaling significantly especially its agent network, building a war chest of a team and working with regulators like the central bank to develop operational frameworks to enable these.

At the core of all these is to continue to safeguard more informal workers and small businesses by providing alternatives to the thrift collection systems they are familiar with and often fall prey to.