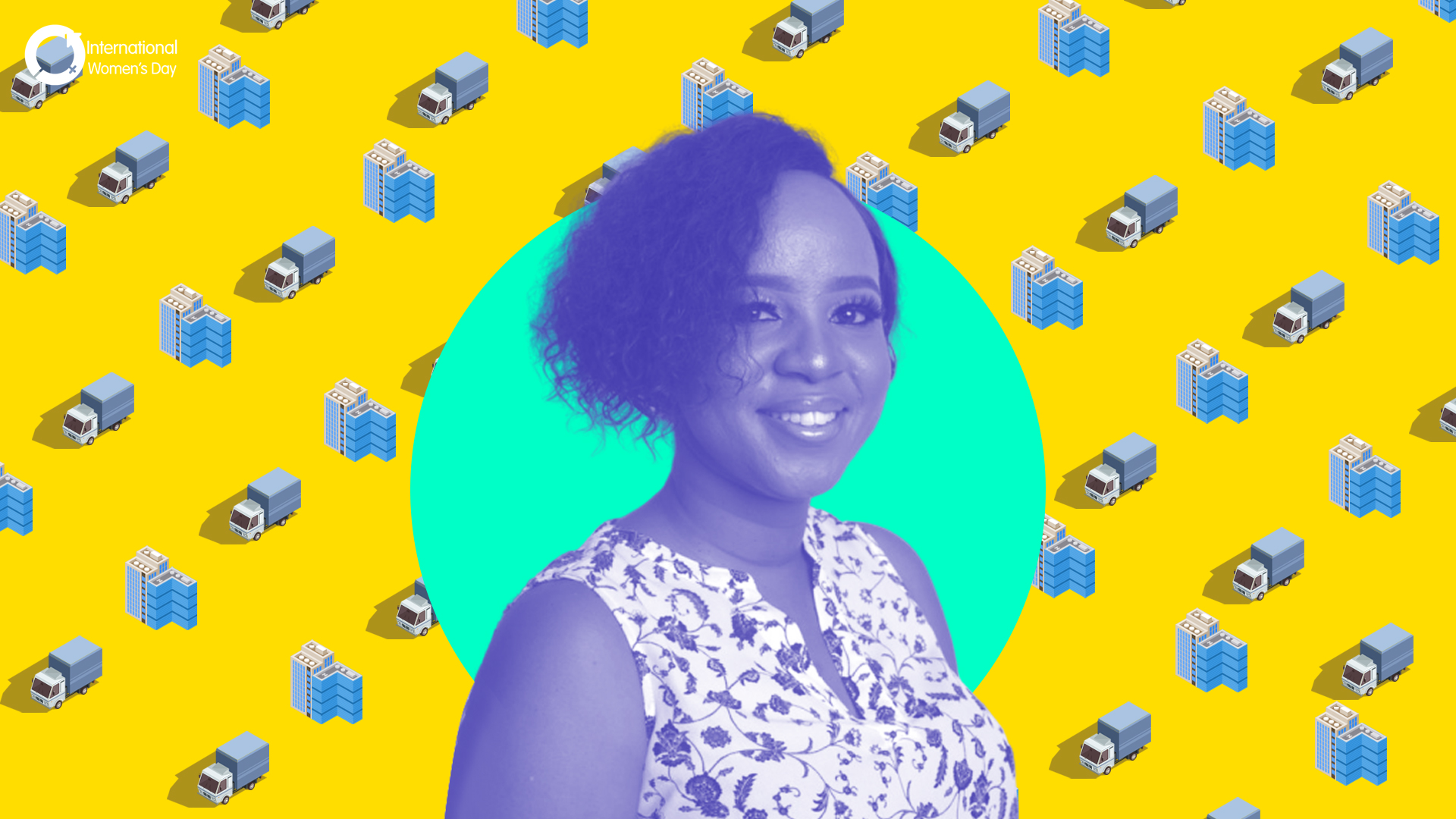 My Life In Tech is putting human faces to some of the innovative startups, investments and policy formations driving the technology sector across Africa. For Women’s Month, we are profiling some of Africa’s female founders, C-suite executives, investors, and policymakers.

From Kikuyu, a town in southern Kenya to the Central Business District in Nairobi, is a 20-25 km journey that took two hours of Kagure Wamunyu’s life every day as a young girl growing up in Kenya.

“Everything happened in the Central Business District back at the time,” Wamunyu tells me.

It was on an exchange programme in the US that she realised how much faster everything moved and that two hours was quite a long time to spend on a distance the length of a short stretch of the Trans-Sahel Highway linking northern Cameroon to the Chadian border.

“The first thing I knew was that I wanted to build roads and highways and make a contribution in terms of fixing the transport problem,” she recalls.

A degree in Civil Engineering and Mathematics with a focus on transport from two universities in North Carolina was the first step towards actualising this vision, which she now admits were naive. In her third year in university, she would meet the US Secretary of Transport who shared that she was working on a 40-year development plan for the North Carolina department of transport.

“I was shocked because there were people thinking 40 years out!” she says.

So for post graduate, Wamunyu went on to study Urban Planning. It was no longer about building roads and highways but rethinking how cities could be better prepared for the outburst of residents they are destined to have in the future as internal migration for socioeconomic purposes rises.

“I think, initially in my mind, I used to think that the only opportunities that existed in transportation and urban planning were engineering,” she says, but technology also presented newer paths to rethinking transport and urban planning in the country and she has since worked with two transport and logistics giants in Africa using technology to rethink how goods and people will move around more efficiently in the cities of the future.

Wamunyu was in graduate school and had just turned 26 when global ride hailing company Uber was looking to expand into Kenya. They contacted her.

“I am a transport nerd, by the very definition of it,” she says when I ask why. If there was anyone who understood Nairobi’s transport needs and how they were going to unlock this African market, it was she. All her education up until this point had been spent studying and researching the transport landscape in Nairobi.

“A city where people were not used to using credit cards; where data is so expensive that the whole idea of navigation is absurd to drivers. So things like that,” she adds.

This understanding helped her steer the company in the right direction when they launched from how it disbursed cash to what roll-out projects they funded and policies that shaped these projects.

Nairobi was among the first few cities where Uber launched a cash payment option. It was also not out of place that during those early months, they had quickly begun thinking of ways to adapt M-Pesa, Kenya’s widely used payments service, into their platform.

In the years that followed, although bogged down by challenges from driver strikes to safety concerns, Uber expanded to Mombasa, Kenya’s second largest city and went on to launch UberBoda, its motorbike service and UberChapChap, a low cost vehicle alternative.

“When I met Obi [Ozor] in Nairobi and he wanted me to lead the team here, in East Africa and everywhere we expand, it was exciting but terrifying. It was terrifying because this was a different size of startup.”

“I was going to be the one who will figure out where the offices would be located, what team to hire, what culture to build,” she says.

And even with her years of learning and experience in the transport sector, Wamunyu says there was a lot about the logistics space in particular that she needed to learn.

“I remember going back and thinking, oh my goodness! What did I just say yes to?”

She made strategic hires to help push the business but also pursued knowledge consuming as much material as possible to quickly understand the somewhat new sector she was playing in.

“It’s been wonderful,” she adds.

Kobo360’s IoT system and platforms enable freight owners and truckers connect and move goods from point A to B. But unlike informal or individual truckers, the company provides a wider range of services from financing to insurance that extend beyond just moving cargo. Kobo360 is now present in Kenya, Nigeria, Uganda, Togo, Ghana and is looking to expand into Ivory Coast, Ethiopia and Tanzania. But the utmost focus at the moment is Egypt.

“Egypt is a big market. It has quite a number of players in terms of logistics so we see that as an opportunity,” Wamunyu says.

“Africa is in a unique situation in that we are always reaching out for what is global or what is modern,” Wamunyu says about how governments are responding to the innovations in transport systems around African cities.

“What is modern and global doesn’t necessarily fit into our cities and vice versa.” Which is why governments must seek knowledge on all the new forms of technology that come up, engage with stakeholders and provide regulatory frameworks for technology companies even before they launch their operations in any given region.

Nonetheless, as someone who strongly believes that Africa can do better and that her people deserve better, her constant driver in the transport and logistics sector in Africa remains how to effect enough change so that the cost of moving people and goods from one point to the other becomes less and less expensive and more efficient.

“There is also that excitement of scaling things. That also keeps me going,” she adds.

Levelling up for the corporate world

“It is true that the sectors I have been in whether educational wise or career wise are male dominated,” Wamunyu says and her gender experience has been a combination of good and bad.

“I am an introvert, I generally tend to be quiet and then I find myself in a situation where I would think I don’t need to say much; my work will speak for me.”

But she has quickly learned the importance of speaking about her accomplishments or risk them going unnoticed.  There’s also the constant drive to be over-prepared for a meeting, or a presentation “because I know that there are no second chances for women”.

“I’ve also needed to learn to be an eloquent speaker and writer,” she says, as well as the ability to clearly and objectively pass across any message at any given time. There’s also the need to constantly develop and grow one’s skill which can mean an online course certification or a PhD in Sustainable Urban Development which she is currently pursuing part-time.

“Do your best now, wherever it is that you are. That is literally what drives me,” Wamunyu says and whether working to improve logistics in Africa, volunteering or spending time with friends or family, this has remained her guiding and leading principle.