Could Africa run out of new smartphones in 2020? 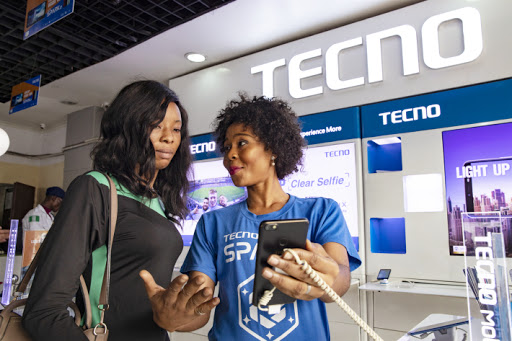 Transsion’s factories in Bangladesh, Pakistan, India have been shut down.

Factories in China have reopened over the last three weeks as the production slowly returns to normal. According to a recent industry report, Chinese manufacturing activities expanded in March, compared to February. This signifies an acceleration in the resumption of production after the government imposed restrictions to control the coronavirus.

This sounds like good news for smartphone manufacturers as many are dependent on China for key components. Between late January and early March, when most Chinese factories were on lockdown, it affected the manufacturing needs of Transsion, Huawei, Oppo and Xiaomi. Even companies like Samsung that have moved their manufacturing elsewhere faced some disruptions since most phone components come from China.

But as China recovers, the pandemic is wreaking havoc in other countries and affecting manufacturing activities for Africa’s biggest phone brands. Among them, Transsion, owner of the Tecno, Infinix and Itel brands, is in a dicey position.

India has recorded 5,360 coronavirus cases and 164 deaths so far. On March 24, the government announced a 21-day lockdown on economic activities excluding essential services. This has affected most phone companies in the country including Xiaomi, Oppo, Samsung and Transsion.

Many of these companies have been forced to shift the launch of new products until after the lockdown. People cannot also order new phones online because eCommerce companies are only allowed to deliver essential products.

In March, Transsion opened a new manufacturing plant in Pakistan as it tries to spread production geographically. According to the company, the Karachi plant operates three production lines and could produce three million smartphones a year.

But the country went on lockdown on March 23 and coronavirus cases have escalated since. It recently crossed 4,000. Everything from factories to mosques has been shut down.

Outside China, Transsion’s most promising manufacturing base is in Bangladesh. The Asian country is one of the world’s leading garment manufacturers, and other factories like phone manufacturers are benefitting from its semi-skilled workforce.

Transsion makes 90,000 smartphones per month for two brands and produces around 450,000 devices each month. Other companies like Vivo, Oppo and Samsung also make devices in the country.

Until late March, phone production continued in the country, although the slow arrival of components from China threatened the supply chain. Transsion’s production rate was expected to drop 40% if the supply challenges continued.

“We’re failing to launch new products due to the shortage of raw materials… This situation will worsen if the crisis prolongs,” said Rezwanul Haque, CEO of Transsion Bangladesh.

While China is recovering, COVID-19 cases in Bangladesh have grown. The country has recorded 218 cases prompting a lockdown that is negatively affecting the country’s factories. US and European clothing brands have cancelled or suspended £2.4bn worth of existing orders from Bangladesh. Smartphone manufacturers are no exception.

This is a dilemma for Africa’s biggest phone maker. With the Bangladesh lockdown, its factories in three countries are sealed shut and its Chinese factory is performing suboptimally.

Optimism has gotten dimmer as India and Bangladesh have extended their shutdowns by a few days.

Only the Ethiopian factory remains. The government of the East African country is reluctant to impose a full lockdown because of the economic impact on people.

Moving production orders to a different country or company is very challenging. For one thing, countries across the world have imposed travel restrictions. This affects mobility for engineers who have to travel to conduct prototyping and quality control processes in factory production processes.

Together, these issues mean phone shipments to Africa could take a serious hit. Smartphone shipment to the continent is expected to decline by 14.9% in the first quarter of 2020, according to the International Data Corporation (IDC).

The impact is going to be different for each region and country. For East Africa, smartphone shipments could decline 12.0% quarter on quarter for the first quarter of 2020. A further 3.0% drop is expected for the second quarter of the year.

For Nigeria, the drop could be as high as 15.4% in the first quarter and another 3.9% decline by the second quarter. The impact could be more as crashing oil prices puts pressure on consumer spending in the country.

Also, it is worth noting that the IDC’s reports pre-dates the lockdowns in India, Bangladesh and Pakistan. The original two weeks lockdowns in these countries have also been extended by up to one week.

In addition, India increased Goods and Services Tax (GST) from 12% to 18%. The change took effect on April 1, and it affects smartphone devices. Smartphone manufacturers have been forced to raises the prices of their devices. These could affect smartphone sales forecasts even more.

What is Transsion doing?

Despite the supply chain problems, the publicly-traded Transsion hasn’t issued a statement or guidance for investors. In February, the company reported $3.6b in revenue for 2019, up from $3.2b in 2018. However, it did not warn or inform investors about how the pandemic could affect its phone business.

Instead, marketing activities are still in high gear. The company has continued to launch new devices in a few countries while ramping up marketing for others. On April 2, it launched the Tecno Camon 15 in Nigeria and unveiled Wizkid as its brand ambassador. Meanwhile, the country’s rising coronavirus cases prompted a three-weeks lockdown of major states including Lagos.