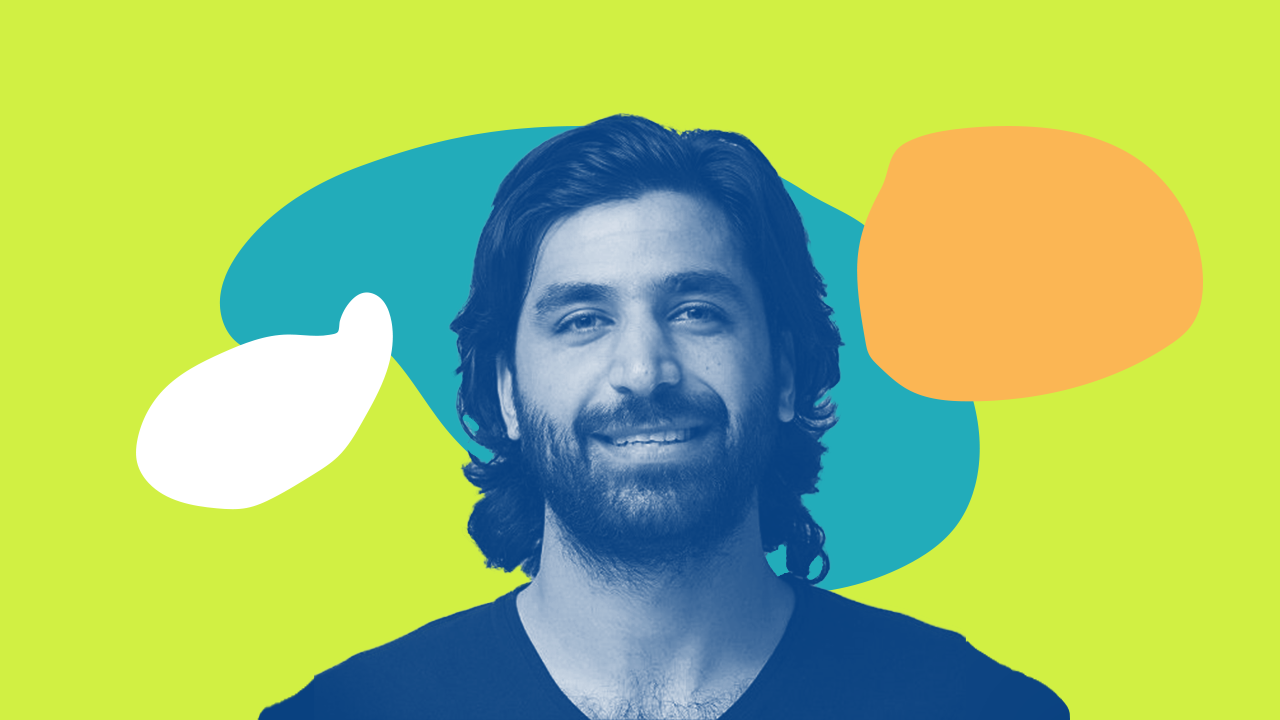 Kyane Kassiri was always drawn to the business and use case side of technology. Coming of age during the Arab Spring in Tunisia, Kassiri spent the early part of his career building tech businesses (one of which is now defunct) and now works in venture capital, sourcing for and helping the most innovative businesses on the continent fund their operations. This is his life in tech.

It is 2011. A wave of pro-democratic uprisings is sweeping across much of northern Africa and the Middle East. In Tunisia and Egypt, in Yemen and Libya, discontented citizens marched the streets in such overwhelming numbers hell bent on usurping the authoritarian regimes that led them. Social media quickly became a potent tool in community organising particularly in Tunisia and Egypt where platforms like Facebook were used to disseminate information about protest plans, updates on group activities and to drive propaganda by both anti and pro-government groups.

“I remember the very first time I saw YouTube, I was 18 and the revolution happened. The internet was free for the first time.”

Kassiri speaks with me from Tunis and for the first few minutes, as I assume is now norm, we exchange ‘battle stories’ about what the lockdown situation looks like in Lagos and Tunis where he says the government has surprisingly responded well with early border closures and lockdown measures.

Kassiri is a Software Engineering graduate and says that while he began with the coding and software building side of things, the use cases and business of technology proved to be a more exciting path as he would discover over several ideating and pitching endeavours for undergraduate hackathons.

Kassiri’s first foray into the business of technology began in 2014. He was in the United States at the time where he was studying under the Near East South Asia Undergraduate scholarship programme. Code.org, the American nonprofit encouraging students to learn how to code and other relevant computer skills, had launched a year prior and was picking up steam alongside some other similar tech training platforms.

“So I was there, and I was like, wait a minute, why don’t we have this in Tunisia?”

Some research showed that there were truly not a lot of coding training platforms for students in his home country and so, with some friends, he started the Young Tunisian Coders Academy (YTCA). In about two years, over 3,000 students were enrolled in the Academy’s training programs and it continues today with support from local and international organisations, to provide free coding and computer lessons to students from low-income households.

In search of a more core tech-inclined startup experience, Kassiri transitioned from YTCA to Hannilab, a “tech consulting shop” he co-founded with a friend. Running the company, which is still operational, opened up a new opportunity that they felt they could fulfill by way of another startup called TripOpt. Now defunct, TripOpt was a mobile platform that offered customised travel experiences to users. In its beginning stages, the company recorded some degree of success with about 12,000 downloads and an angel funding round. But retention was poor.

I think the mistake is a basic first-founder mistake which is focusing too much on the product, being excited about the tech and not centering your business around the customer.”

“If I had to do it again, I think the approach will be more customer-centric,” Kassiri says.

In 2018, Kassiri joined Africinvest in Tunis, its headquarters. Founded in 1994, Africinvest’s private equity investments span 150 companies across 25 African countries in a variety of high growth industries, including financial services, agribusiness, consumer/retail, education and healthcare. It was his first move into understanding venture capital funding in Africa and proved to be a valuable foundation for learning the industry as well as an opportunity to quality deal flows particularly from Nigeria and Kenya.

Curious to really immerse and understand the Nigerian market partly because of the technology industry’s rise as one to watch in the continent, he moved from Tunis to Lagos after being offered a job at LoftyInc Capital by angel investor, Idris Bello, whom he had connected with on LinkedIn. It was a leap of faith from both parties, he says. The experience was immensely gratifying. Being able to learn on site about the Nigerian market, to better understand the socioeconomic factors and be engaged with the culture up close, rather than a textual and removed education from Tunisia or a sheltered expat experience, were all helpful in vetting potential portfolio companies and understanding what businesses to bet on.

“I think that was one of the best decisions of my life.”

Asides angel investing (more out of being opportuned to than being a career angel investor), Kassiri has sourced, evaluated and closed deals as an associate and consultant at various venture capital firms including LoftyInc, Acuity Ventures, MAVA Ventures and more recently joined Lateral Capital, an early and growth stage venture capital firm focused on sub-Saharan Africa startups employing technology across a wide range of sectors and industries.

Times are tough. For founders and limited partners (LP), and venture capitalists but the economic pressure at this time globally also presents an opportunity for founders to reconsider what is important: vanity metrics or profitability, says Kassiri.

“We were talking about growth at all costs. So let me [founder]  raise VC money and burn that cash trying to get more and more users and grow.

“But now the focus is going to be, does my unit economics make sense? Is my growth sustainable? Am I going to reach profitability in 5, 2 or 1 year?  And I think that’s healthy,” he says echoing EchoVC founder and managing partner, Eghosa Omogui, during TechCabal’s last virtual event series.

For VCs it is also an important time to whittle out those he calls tourist entrepreneurs, who are in for the aesthetics and visuals of building a tech business rather than for the business itself.

The ones who remain are the true entrepreneurs who are not afraid in times of crisis. It’s like a natural selection that is happening.”

As lockdowns persist in some countries and movement slowly returns in others to what many now say will be a new era of maintaining sociable distance, Kassiri says it is still unclear how the VC industry might change permanently in terms of how VCs source for, evaluate and close deals. Kassiri says already, there are VCs making investments now in companies and founders they have only met or interacted with online as opposed to in-person and on ground assessments/evaluations.

“It is a question that keeps me up at night. How is VC changing with the whole remote thing?”

What makes a startup viable and attractive to investors is a combination of the quality of products they are building, time, market fit and dynamics, innovation, expansion potentials and a number of other immeasurable factors one of which, for Kassiri, is the why.

There are lots of pitch decks that you see that are just tailor-made to raise money as if the founder was an employee for the VC.”

And so it is critical both in his work as a VC and as a private investor, to figure out if the founder has a firm grasp of their why; in starting a business and building a solution to a problem they’ve noticed in a region.

Kassiri dreams of a more connected technology  ecosystem in Africa and says his goal is to foster more connection between the fragmented ecosystems between the continent’s regions, say sub-Saharan Africa and north Africa, two regions where he’s gained specialty and understanding in over the course of his career. There’s also the francophone-anglophone bridge to build. There is a huge gap between the francophone and anglophone ecosystems, he explains. Happenings in places like Senegal, Ivory Coast, Togo are removed from more established markets like Nigeria, or Kenya. VCs don’t mix often neither do the founders and community events are usually sub-regional and rarely pan-African.

However, he agrees some of this mix is happening already as is evident in recent expansion patterns: Swvl into sub Saharan Africa, Migo to Latin America (which has similar demographics with Nigeria) with more sub Saharan Africa startups gearing for North African expansions later this year.

What excites Kassiri the most about crunching numbers and making (informed) bets on Africa’s innovative startups? The thrill of learning something new with every pitch deck and every closed deal.

“There’s a small pleasure when you discover how ignorant you are about a topic,” he says, and that there is an opportunity to learn about a new field or a new industry or new business model because it is not uncommon to realise that you know absolutely nothing about a sector or industry when you meet a founder or encounter a startup.