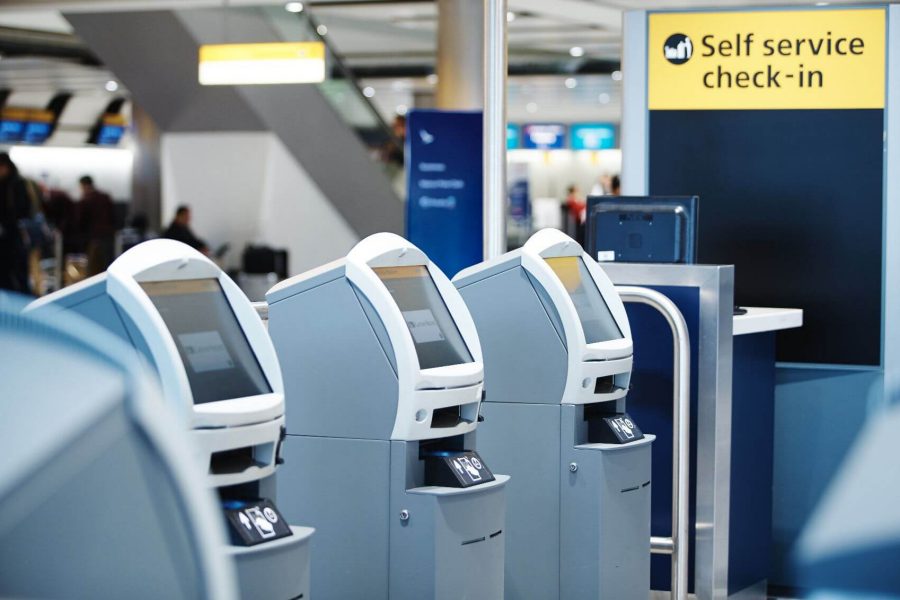 Adebayo Adedeji, the CEO of Wakanow, the online travel agency, has a front row seat to the crash.

In his estimation, his company and Nigeria’s online travel-booking industry as a whole barely did any business in April. Bookings slumped by 98% relative to March. In March, volumes dropped by more than half compared to previous months.

Globally, travel was on a downward spiral even before the coronavirus became a pandemic. Following a slew of travel bans especially by China, the United States, and Western European countries, global airlines and online travel agencies began seeing steep revenue drops.

It set off a de facto recession for many international airlines. In an environment where there is near-zero activity, how does a business remain a business?

“It’s a tough time and like every other travel agency, we’ve had to take some drastic actions to reduce our cash burn,” Adedeji says to TechCabal.

He says their ability to withstand the present shocks have been developed over years by being nimble and sensitive to cost.

They have pulled some triggers in the past few weeks to stay in business, including shutting their head office and other physical outlets, reducing customer service hours and letting staff go.

“We’ve done a couple of [job] reductions but they were going to happen because of automation anyway,” Adedeji says. They have laid off temporary staff who handled reconciliations, and some contractors such as cleaners and security officers who are paid on a scheduled-service basis.

Wakanow’s website has remained active. As of press time, they are offering local flights between major cities. There is an offer to fly from Lagos to Kano – Nigeria’s COVID-19 hotspots – between the 20th and 23rd of May (the dates are set to reflect a two-week gap from when you view the website).

The deals on the website are generated from the inventory they get from airlines. They don’t necessarily expect an upward tick in sales for another two weeks after the easing of shutdown in Lagos. Interstate travel by all modes remains prohibited in Nigeria’s biggest commercial city.

However, Wakanow has spent the last 45 days “recalibrating the business and the way we talk to customers,” Adedeji says. Bruised but bullish, they are building new products to adapt to whatever becomes the new normal for travel.

One of the new strategies in the works is called video-selling. The plan is to make it possible for customers to schedule a video session with a Wakanow agent for a visual tour of potential destinations.

Founded in 2009, Wakanow was an early player in the travel section of the ecommerce industry in Africa. Over the decade, the company has maintained presence as newer technology startups got into the field to scope for market share.

Adedeji, who was appointed to his role in October 2019, says they are working on ways to re-innovate to adapt to the post-pandemic world of travel.

Between 2017 and 2018, the company was reportedly in financial trouble. Failing to meet its obligations to the International Air Transport Association (IATA) due to revenue contraction, there was a real threat of collapse.  At the time, the company was run by Obinna Ekezie, the former NBA basketballer who founded the company.

But a $40 million investment from the Carlyle Group, an American investment firm, has helped put Wakanow in a relatively stable position. Announced in December 2018, the deal’s equity figures are unknown but the money came from Carlyle’s Sub-Saharan Africa fund.

Wakanow has stayed faithful to its daily Billing and Settlement Plan (BSP) with IATA through this crisis, Adedeji says.

Refunds to customers whose trips were canceled due to flight bans have been done by airlines and hotels. In lieu of cash refunds, most airlines give travel vouchers to be redeemed when travel resumes.

With those distractions under control, focus is on doubling down on existing customer solutions like the ‘Pay Small Small’ scheme (which allows travelers to pay in installments) while brainstorming on new services.

To jumpstart enthusiasm for travel after the pandemic, Wakanow plans to introduce more deferred payment options, in the form of ‘Travel Now Pay Later’ services. Adedeji does not give details as to how these will work but the overarching goal is to spur demand and make traveling appealing again.

[Read: The disadvantages of a Nigerian passport]

That’s all well and good. But for a service intermediary such as Wakanow, there is only so much room for broad innovation in an industry that will shrink, at least in the short-to-medium term.

The actual business of travel depends heavily on the companies that move people between locations. Global airlines are battling to stay on their feet and a raft of health-related regulations could impose costs on the entire value chain.

Wakanow will not be able to control what happens in the plane. But Adedeji is betting on providing a convincing package that takes charge of the before and after experiences of air travel.

“Travel is more than just flying,” he says, noting that many would-be vacationers are put off by the hassles of getting tickets, arriving at hotels, private protocol services and exploring destinations.

Wakanow provides a semblance of this already but the end game is to sell an end-to-end service worth paying for. The optimistic view is that with a virtual tour, customer’s will be sufficiently inspired to take the leap.

Travel has changed, but “people will want to go explore the world after seeing their lives flash by them,” an optimistic Adedeji says.

He is relatively new to the travel business, having joined Wakanow in May 2019 as chief commercial officer. He brings experience in retail and financial analysis from years at Walmart and Amazon, amongst other places.

Wakanow was founded in the midst of the last major global recession. Adedeji was concluding an MBA program in the United States in the summer of 2008, giving him a good view of the post-recession evolution. But as most pandemic-time CEOs, he is under no illusions as to the weight of the challenge ahead.

The present moment is “unprecedented” as no past experience prepares you for zero sales, he says. CEOs who survive are those who are constantly in the loop with staff, suppliers, customers and shareholders. Straightening, smoothening and, where needed, shrinking.