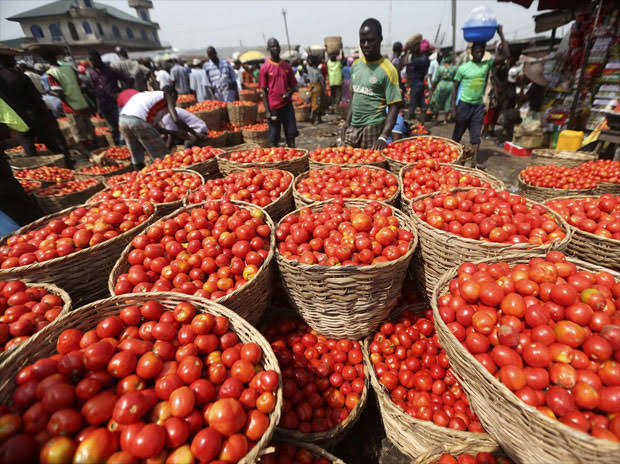 Tomato Jos, a Nigerian agric company, has closed a Series A round of  €3.9 million. The funding will be deployed into the processing and distribution of tomato products, the company has said.

Located in Kaduna, a city about 190km from Nigeria’s capital city of Abuja, Tomato Jos works with smallholder farmers to increase yield, reduce losses after harvest, and get optimum returns from sales to customers.

Since it was founded in 2014, the company says it has directly supported over 70 farmers in growing their average yield by over 340% from 5 to 22 metric tons per hectare, while increasing average income 455%.

Nigeria loses 40% of its post-harvest tomato stock annually, according to the Raw Materials Research and Development Council last year. While the volume of production has increased to 1.8 metric tons, it does not match the demand for tomatoes which is estimated at 2.4 metric tons per annum.

Poor infrastructural support for the agric sector jeopardizes the work of farmers who own small-scale farms and often lack the means to secure their produce.

Until now, Tomato Jos has focused on efficient production of tomatoes and paste, solving the problems of wastage in the value chain. With the funding, they will work on installing a drip irrigation system and a tomato processing plant that can produce 24 tons of finished product per day.

“Processing has always been the plan for Tomato Jos, but to get there, we spent a long five years working only on farming and primary production to make sure that we had a really solid foundation in place,” says Mira Mehta, founder and CEO of Tomato Jos.

Mehta, a Finnish-Indian and American, first visited Nigeria in 2008 and identified a gap in the tomato value chain within her first year working for an international non-profit. The business took off in 2014 after a Zimbabwean who owned a feed mill in Nasarawa, another state bordering Abuja, offered her some land to farm on for free.

Five years later, Tomato Jos has become a 500-hectare-enterprise with plans to work with thousands of small-scale farmers on over 2,600 hectares of land. They estimate that they can generate more than $1 million in direct income for the local economy each year.

The company’s big plans are backed by a consortium of investors including Goodwell Investments, the Netherlands venture capital firm. The investment was made through Alitheia Capital, the Nigerian investment management company that co-owns the $75 million IDF fund for women-led businesses.

Mobola da-Silva, a partner at Alitheia, says “Tomato Jos has chosen the right market, business model and management to succeed as a truly inclusive business within this environment.”

“As an agro-processing company that sources from local smallholder farmers and provides affordable access to finance in the form of farming inputs to farmers, Tomato Jos is a good fit for uMunthu’s inclusive strategy of investing in agribusiness,” da-Silva said.

Other participants in the Series A round include Acumen Capital Partners, a Canadian investment firm, and VestedWorld, a US-based firm whose portfolio also includes Kenya’s logistics startup Sendy.