My Life in Tech: Delali Attiogbe Attipoe on steering the ship at biotech startup, 54gene 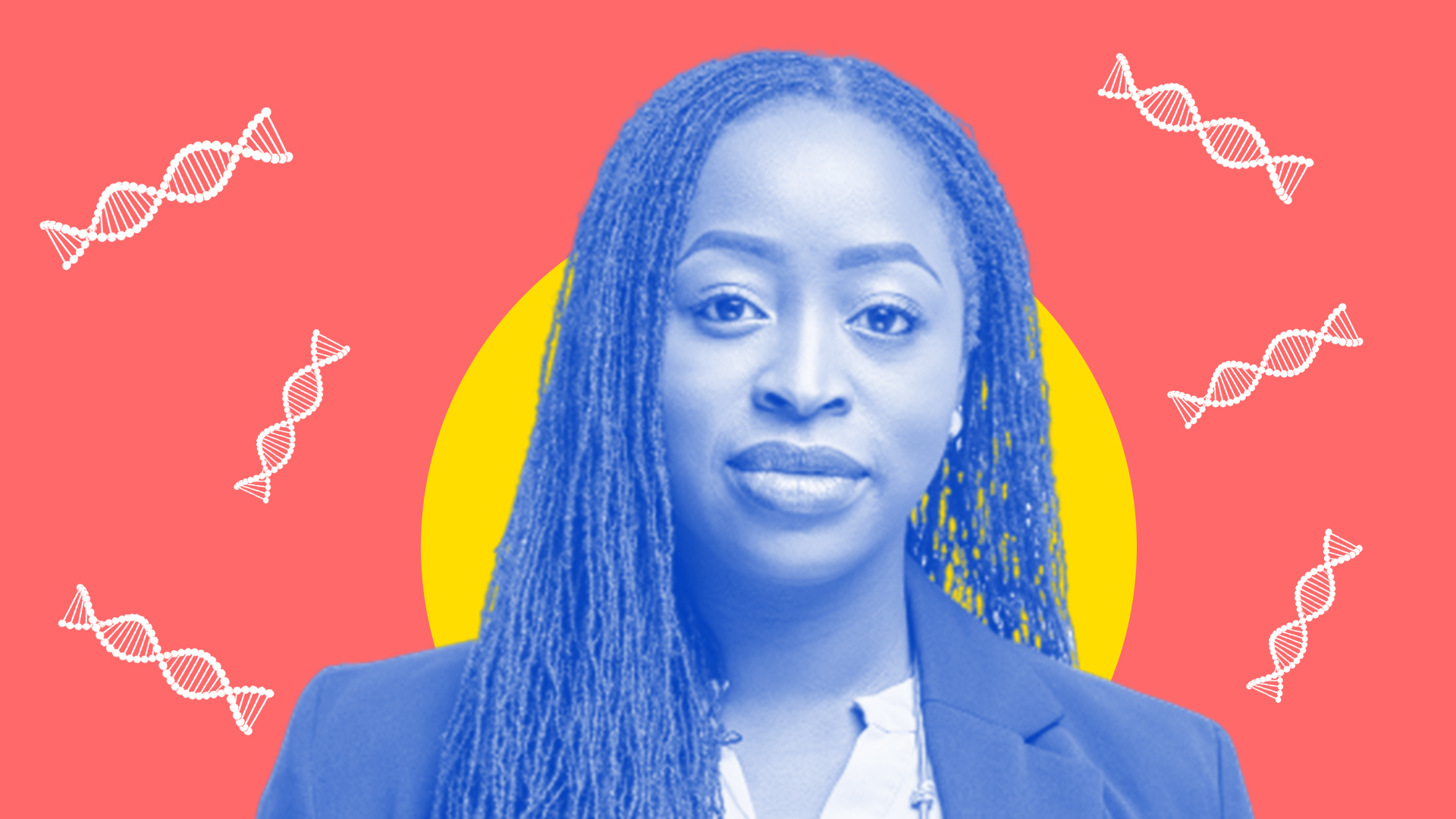 Delali Attiogbe Attipoe leads operations at 54gene, a biotech company with operations in Nigeria and the US, and eyes set on pan African expansion. In this instalment, she explains her journey into biotechnology and what steering the ship at 54gene looks like.

When Delali Attiogbe Attipoe gets up in the morning to steer operations at 54gene, the ingenious genomic research startup part of whose goal is to create an African gene database to drive research and precision medicine, the level of impact and the possibilities that this work could drive across Africa is often the caffeine boost she needs to get through the day.

As the Chief Operating Officer of the barely two year old company with operations in Nigeria, the US where she speaks to me from, and plans to expand across Africa, Attipoe wears many hats.

“I oversee our business operations to ensure that we efficiently and effectively scale our operations in Nigeria and in Africa, as well as our US operations,” she says.

Whether it be the laboratory operations or Information Technology teams, Attipoe’s role cuts across the company to ensure that they achieve operational success in the different projects that they undertake. As a startup, this role also means thinking holistically about the business always and making sure resources—especially financial resources which are often lean in the beginning stages of a company—are spread efficiently across parts of the business in a way that they produce returns in and strategically move the business forward.

Much of this ability to switch hats and move in and out of the various components of the business as deftly as necessary, she says, has come from years of experience working in different capacities in similar organisational settings.

Attipoe, who is originally from Ghana, was born in Kansas and travelled a lot, spending significant amounts of her childhood in Canada as well as living in Kuwait just after the first Gulf War. She was always interested in healthcare and instead of going for a traditional medical degree as many African parents are often wont to urging their children to, settled for a degree in biomedical engineering at the University of Rochester.

The career experiences that have shaped much of her ability to handle her role at 54gene began with a leadership rotational programme at Genentech, a pioneering research-driven biotechnology company based in California. Here, she worked across a number of opportunities doing engineering rounds, working in the lab, working with teams who were helping to manufacture drugs in-house and externally particularly cancer drugs, operations, and supply chain.

“So I got to not only hone in on technical skills but also business skills. It was an interesting thing to do as a fresh graduate,” she says.

While travelling to and from Ghana for a funeral with her mother sometime in 2016/17, Attipoe began to come to knowledge of another challenge with drug availability-access.  Having seen the issue of access play out in both emerging and established markets as it were, she began to explore what opportunities existed to improve patient access to pharmaceuticals.

“That switched me over to the commercial side of Genentech working in a group called Access Solutions and doing work related to market access,” she says.

After more than a decade working across a broad range of roles at Genentech and its parent company Roche, Attipoe says she arrived at a crossroads. On one hand was a job she had spent a lot of time in and grew comfortable with, and on the other hand was the desire to do some work back in the continent.

“It was at this time that, coincidentally or you could say serendipitously, 54gene came along.”

Only less than 1% of global drug discovery comes from Africa. 2.8% of genetic research focuses on African subjects. 90% of genetic research is derived from Caucasian data. Yet, Africans have been said to have one of the most diverse genetic makeup among the human population.

54gene is trying to change this through a number of ventures. First is by partnering with African researchers and institutions in recruiting study participants and carrying out research across a number of disease areas primarily a group of diseases called non communicable diseases or NCDs. Five focus disease areas under this group are: oncology, neurodegenerative diseases, cardiovascular, endocrine and sickle cell disease.

“One of the reasons why we started out in NCDs is because communicable diseases get a lot of publicity and lionshare when it comes to Africa,” Attipoe says,  “Whether you’re talking about HIV, malaria, TB, those tend to get a lot of attention.

The end goal of the company’s research activities vary from the possibility of uncovering novel insights within that data that results in high-impact publications that contribute towards greater inclusion of the African data in global genomic research or eventually, down the road and ultimately, the discovery of novel variants or amplified variants within the African population that could translate into drug discovery and have meaningful impact in the therapies and health outcomes of Africans.

Another initiative the company has undertaken more recently is the African Center for Translational Genomics (ACTG) initiative which is seeing 54gene fund translational genomics research by African scientists in partnerships with the Nigerian Institute of Medical Research (NIMR) as well as the National Biotechnology Development Agency’s Centre for Genomics Research and Innovation (NABDA-CGRI).

“Genomics research is very new and we can’t do it alone,” Attipoe says. “So it is very critical to have these key partnerships.”

54gene has instituted a 100,000 person landmark study focused on cardiometabolic diseases and is in the process of setting up the groundwork for the research project to go on.

On a more general level, the initiative will also support other scientists through grants, fellowships and internships to pursue their own genomic research particularly to drive the concept of precision medicine across the continent.

54gene’s operations are largely supported by investors who, according to Attipoe, understand the vision of the company and are willing to invest long term in it. In April, the company closed a US$15 million Series A round which was led by Adjuvant Capital, a US firm focused on companies in drug development and health research. Last year, it secured a US$4.5 million seed fund from a consortium of investors including  YCombinator, Fifty Years, Better Ventures, KdT Ventures, Hack VC and Techammer.

“We’ve been very fortunate,” Attipoe says. “Being able to invest in research, to be able to see outcomes therapeutic or diagnostic down the line has a long roadmap especially when you think about healthcare.”

In addition to investor funds, the company is also always on the lookout for commercially viable partnerships that make sense for and ties in with where they are headed.

What we are essentially trying to do there, in partnership with these institutions, in making sure all the ethical approvals in place as well as the proper informed consent is that we are able to work with these study participants, collect their samples, collect their demographic information and we then take that phenotypic information that we’ve collected as well as the samples which hold the genetic information, the intention  for them to extract the DNA within those samples for data analysis.

Owing to the sensitivity of the work that 54gene does, the protection of data is very critical to the work that they do. According to Attipoe, the company adopts a layered process with regards to privacy beginning with ensuring an ethics approval is met before any data collection process begins.

“The secondary layer, as a participant, is if you are volunteering to provide information as well as a sample, we have to get informed consent,” Attipoe explains.

Participants in any of the company’s research or that of any partnering organisation must thoroughly understand the terms of their participation. Nonetheless, there is the ability to remove consent to the extent that it is possible.

“No one individual sample is meaningful because we aggregate the data to be able to draw insights. So the pool is therefore anonymised,” she says.

Juggling a young family with children aged three and one with a role as demanding as hers cannot be easy and Attipoe says faith and tenacity have been two strong pillars that have held her up one too many times. If the doors aren’t shut, there’s no need to stop trying. If they are, there’s another opening up somewhere in some form.

“If I know I’ve given something my all, then that right outcome will occur that needs to occur and I’ve seen this time and time in my career and also in my personal life.”