So, you want to create a harassment policy for your startup? 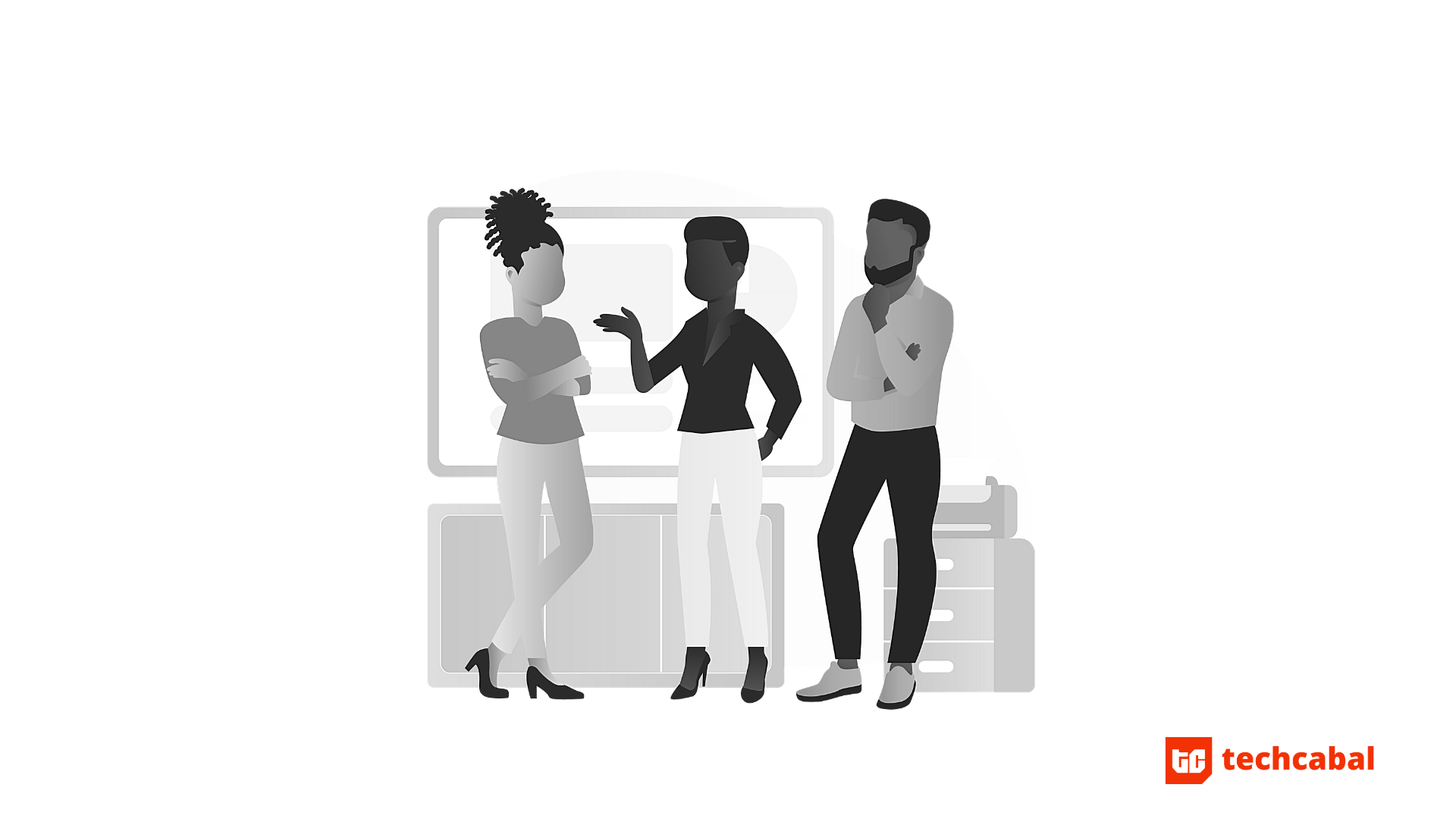 The best time to create a harassment (and any form of discrimination) policy document for your company is perhaps the day the company name is registered and ceases to be a one-man affair. The second best time to create one, if it does not already exist in your company, is now, right after you read through the rest of this article.

Earlier this month, a sexual harassment allegation against the Chief Executive Officer of interenet service company, Tizeti, shored up more experiences about harassment in the Lagos tech industry both from the company’s CEO specifically, as well as in other organisations.

After internal deliberations and weighing-ins by some community members in the ecosystem, the CEO, Kendall Ananyi, has stepped down while independent investigations are carried out.

In an ideal scenario, a company like Tizeti which was founded eight years ago would have a policy document that guides how, who, what is being investigated and the outcome of this investigation as dictated by the penal provisions of said document.

For many startups and companies in the ecosystem, the preoccupation tends to stay with the business side of things: building products, scaling, raising funds, hiring top talent to drive business growth and so on. With lean teams and capital, human resource teams tend to be the last ones to be set up by many startups. What this means is that building company culture and creating an environment that allows every team member thrive while punishing behaviours that deter from this goal takes a back seat.

“There is a difference between setting up a department called human resources (HR) and setting up your company’s HR policy,” says Human Resources Consultant, Vivian Offodile-Adukwu-SHRM, SPHRI.

Ideally, once your staff strength surpasses 30, it is imperative that you begin to consider setting up an actual human resource department.

And these policies are not abstract, undocumented ways of doing things. They are comprehensive documents that address every human activity or interaction in your company from onboarding new staff and performance/compensation metrics to ethical behaviour of every staff member towards each other with their attendant rewards or disciplinary measures.

According to Policy and Communications Expert and Consultant, Jacquelyn Omosumbo Omotalade, a minimal sexual harassment policy document should do the following:

Sexual harassment policies can take into consideration existing national or state laws that address sexual misconduct particularly if a case is deemed criminal by the law.

Nonetheless, documents like these are first and foremost a reflection of the company’s vision about what culture it intends to and is building and should receive unwavering support and enforcement from every person who makes up the organisation from the least ranked staff to the highest ranked staff and even the company’s board if there’s one.

“So often companies are in the habit of checking off boxes such as sexual harassment training and not doing the real work of making sure a sexual harassment free and inclusive workplace actually exists,” says Omotalade.

According to Lexi Novitske, Managing Partner, Acuity VC, policy documents (which must clearly define what constitutes harassment) must detail the full process of “reporting (particularly to the board), investigating, responding, and ultimately disciplining.”

“Allowing serious harassers to resign quietly does not do anything to prevent them from causing harm elsewhere, nor does it affect cultural change,” Novitske adds.

Do whistleblower policies count? In the global tech industry, some of our understanding of the extent to which our digital activities go have been unravelled by whistleblowers who, for instance, uncovered what Facebook was doing with all the data they were collecting from millions of its users.

Take Susan Fowler’s 2017 blogpost about sexual harassment at Uber and her subsequent book-length account of how even the HR department failed to take up multiple harassment reports seriously.

At Google, a group of six women who, last year organised a walk out after getting wind of the company paying large sums to executives accused of sexual harassment said they faced retaliation with threats of demotion and “dramatic role changes” with a few of them having to exit the company altogether.

To be truly effective, Omotalade says whistleblower policies should ensure the following:

This means policies that ensure not only victims, but every member of staff, can and does report a misconduct when they see or are at the receiving end of one.

One way to go about this can be periodic questionnaires that staff can respond to anonymously so that, as a founder, you can ascertain where the heart and soul of your company lies. ‘See something, say something’ is a mantra that must be wholly applicable because dismantling sexual harassment and abuse in the work place remains a collective effort.

For startups without a HR department and lean staff, who creates this policy document? Both Omotalade and Offodile-Adukwu advise that startups can and should engage the services of a [freelance] human resource consultant at the early stages of their businesses when a human resource team is yet to be set up.

“Every great house is built on a solid foundation and it is crucial that any start up invest the necessary funds in a consultant and/or legal advisor who can ensure the proper legal requirements are met,” Omotalade says.

Just as laying down rules of employment and performance are paramount to startups without HR teams, it goes without saying that disregarding this aspect of human resource policies is bad practice and does not bode well for the future of the company or well-being of the staff expected to build it.

“It would behoove any and every founder to think long and hard about the type of overall company culture he/she/they want to create and to be forward thinking and inclusive enough to institute policies that include all forms of gender identities and gender expressions,” adds Omotalade.

“It is both morally the right thing to do as well as being a good business practice.”

Once these discussions are had with a consultant or legal adviser, and a founder’s vision for the company’s culture long term shared, the consultants draw up the policies in line with this vision and they convert this into a living breathing document that every employee must be intimately knowledgeable about according to the guidelines above.

“So, come what may, whether you grow from 2 to 10 to 50, you have a document that is functional and that can be revised from time to time,” Offodile-Adukwu says. Because nothing is set in stone and as companies evolve, so will their culture paradigms and demands.

According to Omotalade, at a minimum, policies must be reviewed and/or revised  quarterly.

And this is one half of the work. The other demands consistent trainings for employees on the company’s adopted sexual harassment policies and not one-off discussions that are often a part of a new employee’s onboarding process.

“Employees should be well-versed in what sexual harassment is legally and future educated in proper work place behavior and conduct,” she adds.

Asides the company’s policies, external educational material and classes are also part of her recommendations. The ability to seek and be able to receive clarification from administrative or founding team members as well as peers is also critical.

For many startups in the ecosystem, accountability goes beyond the makeup of the companies to all other entities that support their growth such as investors, board members, and they are also responsible for ensuring that founders not only have these policies in place but that they are enforced. As key share/stakeholders in these companies, their opinions and actions carry as much weight in creating cultures that enable businesses succeed.

Ventures Platform, in a statement it released last week detailing the steps it is taking to building a safer work space for its employees has said they intend to “ include an assessment of the startup’s policies and philosophy on sexual harassment and discrimination” as part of the criteria for its investment decisions.

“And because we invest early, we will work with companies in our portfolio to develop relevant policies and cultures,” the statement by the company reads.

Every investor in a startup in the ecosystem must take a similar stance and path.

Novitske says her firm will be publishing a policy template in the next 30 days that will act as a resource for startups drafting their own policy. But this is the easy part. Her advise to startups is to work with their investors for human resources support, particularly with training, and with their boards in putting accountability checks in place that ensure the effect of laid down policies can be tracked and improved.

We are committed to shedding light on sexual harassment and abuse within the industry becasue bad things fester in silence. Share your stories anonymously with us. Send an email to kay@bigcabal.com and we will be in touch.