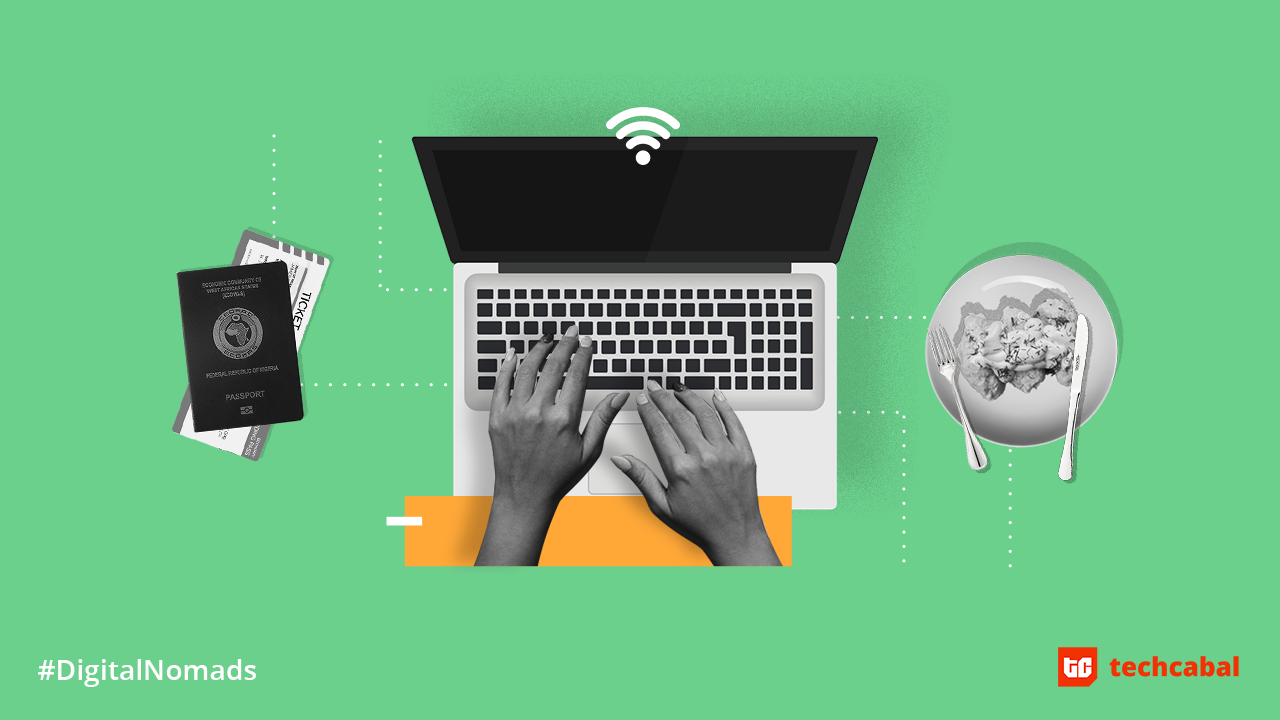 “I’ve lived in Nigeria all my life,” Amarachi tells me at the start of our conversation. She’s a QA Engineer who got a job in Ibadan, Nigeria’s third most populous city.

“My work life in Nigeria was easy. I lived where I worked so I didn’t experience traffic and I only had to be at the Lagos office a few times.”

Despite the ease of her work life, Amarachi always knew she wanted to leave Nigeria. “I wasn’t sure how I was going to leave because it is usually easier for developers to find opportunities. Everyone I know in tech who left got developer roles or got into study programs abroad.”

But studying wasn’t on the cards for the QA engineer and from 2017, she remained cautiously optimistic that she would find opportunities. The big opportunity would eventually come.

“In March 2019, there was digital explorers, a joint skills enhancement programme between Nigeria and Lithuania funded by the EU trying to connect Nigerian IT specialists with the Lithuanian IT economy. Before this, I had never heard of Lithuania before.”

Lithuania describes itself as an economy in the middle of an ICT boom “with companies launching new products, tech hubs and fintech and blockchain transforming businesses and everyday lives of Lithuanians, from transport to banking, from e-commerce to e-government.”

Amarachi’s note on the process: there were lots applications and one hundred applicants were chosen to take part in a hackathon in Abuja. After the hackathon, the portfolios of applicants were shared with companies who interviewed them.

“Abuja was interesting because we were treated very well. I was interviewed by a company but I didn’t hear back from them so I figured this wasn’t happening. But a few weeks later, another company reached out to me to start an interview process.”

Amarachi landed a job offer a few weeks later, one year shy of the time she had set the goal to leave Nigeria to explore opportunities abroad.

“The beautiful thing about it is that the program covered my visa application process as well as flight fees. Before then, there was no Lithuanian embassy in Nigeria.”

It meant that the Digital Explorers program had to enter into an agreement with VFS Global, an outsourcing company that serves governments and diplomatic missions.

Yet, the visa process was not without its complications. “We had our interviews in August and the plan was that it would take two weeks to get our visas. Three weeks after, our passports had not gotten to Turkey. At that point, I had resigned from my job.”

It took one month to get her visa approved and in that time, Amarachi had received another offer from a company in Lagos. She turned down that offer and left Nigeria in September 2019.

Amarachi’s anecdote: Nine of us left Nigeria to Lithuania through the program and at the airport, we all had excess luggage. We had to pay $100 for exceeding the 26kg mark.

“My experience at the Murtala Muhammed airport wasn’t bad, because I wasn’t alone. It was also my first international flight, so there’s nothing to compare it with.”

The fastest flight time from Lagos to Lithuania is 12 hours, 25 minutes and layovers at the Istanbul airport are common.

“The Istanbul airport is a movie. The airport is beautiful, huge and modern, it was a far cry from the Murtala Muhammed international airport.”

Lithuania’s capital city, Vilnius is the country’s largest city and has a population of 580,020.

“The Vilnius international airport was just regular. It’s a really small city, so how much effort should they have to put into their airport?”

Amarachi shares that there was extra scrutiny because they had work permits. Yet, the best thing about an otherwise basic airport was the Wi-Fi.

“The biggest shock was the weather. We were coming from Lagos where it was hot and Istanbul wasn’t cold either. But when we landed in Vilnius, it was 9°C.”

“I spent one night in Vilnius before going to Kaunas, the city where I now live and work.”

Amarachi’s comparison of airports: I don’t think there’s internet at the Lagos airport. In Istanbul, you need a ticket to access Wi-Fi but in Lithuania, the airport Wi-Fi is open.

Did you know that Lithuania has the fastest public Wi-Fi in the world? The country’s public Wi-Fi has average speeds of 16.6Mbps

Thanks to Amarachi’s company handling their living arrangements and helping them settle in, it took her a while to come to terms with the language barrier.

“For dinner, we went to a traditional restaurant and the menu was in Lithuanian. It was the first time I realised that I’m in a country where I don’t speak the language.”

How did Amarachi get around the challenge of a new language?

“Lithuanian is a difficult language and it is one of the oldest languages in the world. Most of the people in my company communicate in Lithuanian and the documentation I work on are also in Lithuanian.”

“Most of the older people here do not speak English and the younger people struggle with English.”

My note: According to one website: “The older generations are unlikely to speak English, however, as very few schools taught it seriously under the Soviet occupation.”

Away from the language, we talk a bit about the people and culture. “I read some of your Digital Nomads conversations. I saw that a lot of people said that people are warm in many cities, but it’s not like that in Lithuania. Lithuanians are generally cold people.”

Kaunas is the second largest city in Lithuania and it’s reputed to be calmer than the capital city.

“Kaunas is like Ibadan, so it feels like I left Ibadan to another Ibadan.” Yet there are a lot of tech companies in Kaunas. This is likely due to the fact that Kaunas is a cheaper city.

“In terms of job opportunities in tech, you won’t lose anything by not staying in Vilnius.”

“There are a lot of scooters and bicycles you can rent and it is easy to get around the city. The bus network is good and everywhere is connected. The longest I’ve had to walk to find a bus is six to eight minutes.”

Away from transportation, how much technology is in Kaunas and how will it compare to China where WePay and AliPay run everything?

“There are no attendants for anything. It’s a shock coming from Nigeria where we manually operate many things. There are also a lot of Teslas here.”

Kaunas uses technology to make every aspect of life easier and you can even pay for a bus or a train ticket by scanning QR code. This kind of contactless payments helped during Lithuania’s lockdown.

“Lithuania prides itself in being a leader in fintech in Europe, There are a lot of fintech startups here.”

“I don’t have a bank account with any bank in Lithuania.” Amarachi cites complex requirements for opening bank accounts and needing a minimum deposit.

So she uses Revolut, a digital bank that lets her do almost everything you can do with a traditional bank. But one drawback with digital banks is that it is difficult to make subscription payments using their cards.

“You can’t create a standing order to be debited monthly with the card of a digital bank. That’s a limitation of not having a traditional bank account.”

Outside of her digital bank, Amarachi says she has not used any Lithuanian specific fintech. She reckons that the Nigerian fintech space might even be more interesting.

But she’s careful to state that she might not have enough information to be considered an authority on the subject. So we talk about internet prices and how much mobile data costs.

“I would say you would get unlimited internet between 10 and 25 Euros whether for your mobile phone or house. I pay 22 Euros for home internet and another 22 Euros for the smart TV.”

“For mobile data, it’s 13 Euros for unlimited internet at about 100Mbps.”

One of the reasons why internet service is affordable is the competition between telcos in Lithuania.

In the end, we get to talking about where Nigeria and Lithuania rank in terms of her tech experiences.

“I feel like the only thing that is great in Nigeria is fintech. I would rate Nigeria a 4 because of this and rate Lithuania a 6.”

*Amarachi talks about everyday life in Lithuania on her YouTube Channel.